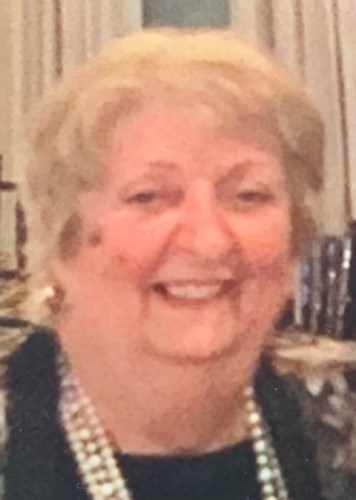 Jean was born on February 19, 1931, in Kenosha, the daughter of Leo C. and Mabel (Parr) Schend. She graduated from Mary D. Bradford High School in 1949. Shortly thereafter she began working in the Kenosha County Registry of Deeds office where she worked for several years. She married Patrick Griffin of Kenosha in 1951. In 1966 they relocated to Viroqua, WI for a business opportunity. While in Viroqua, Jean became the Vernon County Abstractor, a position she held until her retirement in 1999. Once in retirement she served on various Vernon County Committees until 2014. They moved to Tomah, WI in 2000. While in Tomah, Jean was an active Volunteer in RSVP and the Tomah Hospital Auxiliary. She moved back to Kenosha to live with her daughter, Barbara in 2014.

She was preceded in death by her husband, Patrick.

Published by La Crosse Tribune on Jan. 14, 2022.
To plant trees in memory, please visit the Sympathy Store.
MEMORIAL EVENTS
To offer your sympathy during this difficult time, you can now have memorial trees planted in a National Forest in memory of your loved one.
Funeral services provided by:
Kenosha Funeral Services - Kenosha
MAKE A DONATION
MEMORIES & CONDOLENCES
Sponsored by Kenosha Funeral Services - Kenosha.
1 Entry
So sorry Barb Nice to know where you are
Shirley Bohland
January 17, 2022
Showing 1 - 1 of 1 results