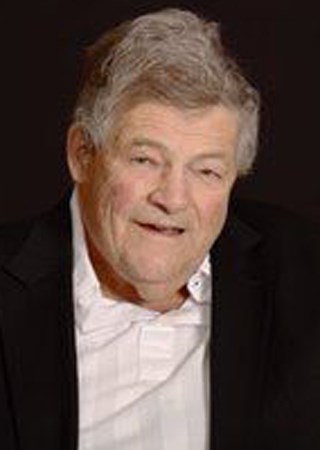 MAIDEN ROCK - Joseph H. Wieser, age 84 of Maiden Rock, died Saturday, November 20, 2021 at Sacred Heart Hospital in Eau Claire with his family by his side.

Born May 13, 1937 to Aloys and Malinda (Eden) Wieser, the eldest of 18 children, and raised on the family farm outside of La Crescent, MN. He graduated from St. Peter's Catholic High School in Hokah, MN in 1954. Joe enlisted in the US Army in 1957 and he was honorably discharged in 1963. He married the love of his life, Mary Buchmann on July 12, 1958 at Holy Trinity Catholic Church in La Crosse. Together, Joe and Mary had 10 kids and were married over 63 years.

Joe was a dairy farmer outside of La Crescent, MN until April 25, 1965 when he and Mary moved 100 miles north and started Wieser Concrete Products in Maiden Rock, WI. A company in which Joe continued to grow and operate until his retirement in 1999. After he retired, he continued his involvement with Wieser Concrete by mentoring and advising his daughter and sons in the business. In 1967, Joe joined the National Precast Concrete Association (NPCA) and started to get involved and quickly became a leader at the national level. He was instrumental in the growth and success of the NPCA and was awarded its highest award, the Robert E Yoakum Award in 1981. He later served as chairman of the association in 1985. Joe was also very involved in the Plum City community and St. John's Catholic Church and the Ava Maria Academy. He was a proud advocate and supporter for Pro-Life Organizations, this included dedicating a billboard on I-94 for over 25 years supporting the cause. He was always willing to support local charities and organizations, you can still see his contributions all around town.

Joe was especially proud of his large family and enjoyed family get togethers. It was quite the tradition that he would stuff and cook 6 turkeys for the Wieser Family Christmas in La Crescent every year. Joe always loved to travel, family vacations in the motor home were routinely scheduled around which precast plants could be toured on the trip. He and Mary enjoyed traveling by land, sea and air to many different countries. He enjoyed family time at their cabin on Yellow Lake and loved entertaining friends and relatives there. His many hobbies included gardening, snowmobiling, fishing, hunting and he really loved playing cards with family and friends. Especially the occasional discussion with his brothers and brothers-in-law about what card should have been played and perhaps a spirited discussion about religion and politics.

The family would like to extend their thanks to Park View Home, Spring Valley Care Center and all of the wonderful home caregivers.

Memorials are preferred in Joe's name to the Ave Maria Academy.

The Funeral Mass will be live streamed on The Parishes of St. John the Baptist & St. Joseph Facebook Page, https:/www.facebook.comtJohnPlumCity.

Condolences may be made online at www.rhielfuneralhome.com.