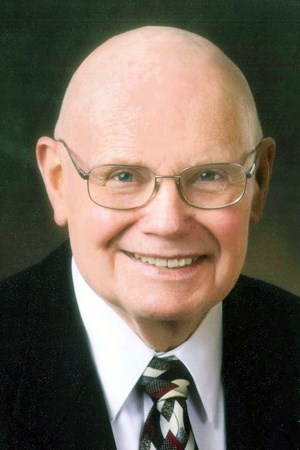 As a child, Bill attended several schools in Michigan. His family moved to northern Wisconsin in 1946, where he finished grade school at the Flambeau School in the town of Agenda. He graduated from Butternut High School in 1955. Bill married Mary Ann Thier, the love of his life, on June 1, 1957, in Butternut, WI. Their wonderful marriage spanned 64 years. He and Mary Ann parented four children, and they had nine grandchildren, and two great grandchildren.

Bill was a loving husband and father. Bill spent much of his free time enjoying his children and grandchildren. They had many hunting and fishing trips and spent a lot of time together enjoying, and working on, the family farm outside of Ettrick. They farmed the land in the '70s, '80s, and into the early '90s, raising cattle and planting/harvesting crops. He taught his kids the value of hard work through farming, and his children have many fond memories of working with him on the farm. His love of his children, and grandchildren, set a wonderful example for them to follow with their kids. He taught his kids to be hardworking, to be responsible parents, and to enjoy/respect nature.

Bill had a very successful work career. His career started by serving a tool-and-die-maker apprenticeship with Western Electric Co. in Chicago, IL. He and Mary Ann then moved to Omaha, NE, and he became a journeyman mold maker. In the early '60s, he and Mary Ann moved to Stillwater, MN. There he worked for American Machine and Tool Co. and United Fabricators and Electronics. In 1966, he and his family moved to Ettrick, and he began working for Gale Products Company in Galesville, WI, as a tool-room foreman. In 1968, he became plastics manager and in 1969 was promoted to plant manager. In 1975, he transferred to Winona, MN, and became manager of manufacturing for Lake Center Industries, managing seven plants in the tri-state area. In 1983, he was promoted to vice president, a position he retired from in 1999 with TRW. Within this role, he opened a TRW plant in Ettrick, which at one point employed over 300 people. Bill also served as chairman of the board for Comfortex and was a charter member of the Customer Advisory Board for Celanese Plastics Corporation.

Bill was also active within his community. He was a Cub Scout leader and served as president of the Ettrick Rod and Gun Club. He was a member of St. Bridget's Catholic Church, served as chair of the Finance Council, and was the Pastoral Council chair for many years. Bill also served on the Winona Chamber of Commerce.

He had a great love of the land and hated to see urban sprawl. He appreciated all types of wildlife. He liked cats, but he had a special bond with the dogs that he trained and hunted with. He was an avid hunter and fisherman. He especially loved spending time with Mary Ann and the family at their log home on the Flambeau River north of Park Falls, WI, and fishing walleyes on the Flambeau Flowage.

A Mass of Christian Burial will be held at 10:00 a.m. on Saturday, September 25, 2021 at St Bridget's Catholic Church in Ettrick. Fr. Jryaseelan Yuba officiating. Burial will follow in the Amoth-Johnson Cemetery. Friends may call at the church on Friday from 6:00 p.m. to 8:00 p.m. and again on Saturday from 9:00 a.m. until the time of the service.

Memorials may be sent to the Ettrick Rod and Gun Club, Bill Hein Memorial Pheasant Hunt or be mailed to the Fossum Funeral Home, attention Bill Hein family. Online condolences may be made at www.fossumfuneralhome.com.

The family wishes to thank the staff of the Amyloid Research Program at Mayo Clinic for allowing Bill to be a part of their research for the past year. They also wish to thank Dr Larry Skendzel and the Gundersen Hospice Program for their compassion and care.