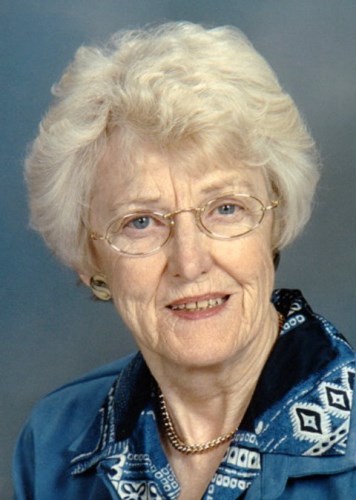 On April 4, 1959, she married Joseph S. Newbrough. He was in the Merchant Marines as a radio operator; Lorraine often flew around the world to meet him at various ports of call. Lorraine valued her family above all.

She leaves behind step-grandchildren; many nieces and nephews; as well as many other family and friends. She was preceded in death by her parents; husband; siblings, Raymond Greene, Myrtle Keim Greene, and Catherine Greene Hundt; and sister-in-law Lorene Greene.

Lorraine proudly graduated from Viterbo University and became a trailblazer in earning an advanced degree at Loyola University in the 1950's when advanced education for women was not common. She was proud of having 18 years of Catholic education. She was a past member of National Association of Social Workers, Delta Kappa Gamma and ACSW Academy. For much of her adult life, she lived in San Diego, CA. Her professional career as a social worker with San Diego County earned her many awards and acclaims for her work with both children and the elderly. Lorraine did significant research in genealogy. This lead to her and other family members obtaining dual citizenship with the country of Luxembourg. She also was president of the Colonial Dames in San Diego and served as a Regent for a local chapter of DAR (Daughters of the American Revolution).

The family would like to offer a special thanks to Jenna from Gundersen Hospice and all of the caring staff at Springbrook Assisted Living (the Meadows).

A Mass of Christian Burial will be held at 11:00 a.m., on Thursday, June 3, 2021, at St. Leo The Great Catholic Church in West Salem. Father Raja Kennedy Arul Samy and Deacon Bob Zietlow will concelebrate. A visitation will be held from 9:30 a.m. until 10:30 a.m., when a Rosary will be recited. There will be a memorial service at Fort Rosecrans in Point Loma, CA, at a later date.

In lieu of flowers memorial may be sent to Secular Order of St. Francis (ICFSFO), PO Box 161095, San Diego, CA 92176, Franciscan Sisters of Perpetual Adoration, 921 Market Street, LaCrosse, WI 54601 or a charity of your choice. Jandt-Fredrickson Funeral Homes and Crematory, Jostad Chapel, West Salem, is in charge of arrangements. Online condolences may be offered at www.jandtfredrickson.com