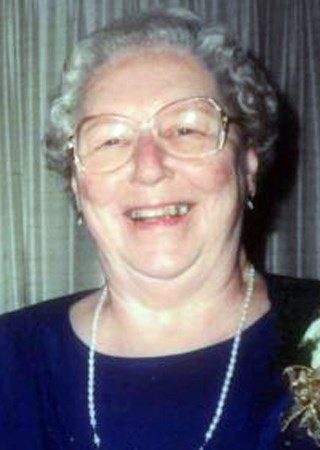 WEST SALEM - Lovena E. Price, 96, of West Salem, WI, and formerly of Onalaska, WI, died on Sunday, November 21, 2021, at Mulder Health Care Facility in West Salem. She was born in La Crosse, WI, on January 22, 1925, to Frank and Viola (Abicht) Dialler. She married Robert E. Price at the Cathedral of St. Joseph The Workman on September 11, 1948, and he preceded her in death in 2013. Lovena had worked as a Registered Nurse for St. Francis Hospital for 25 years retiring in 1990. Lovena was a member of St. Patrick's Catholic Church in Onalaska. She enjoyed baking and knitting.

A Mass of Christian Burial will be held at 10:30 a.m. on Friday, November 26, 2021, at St. Patrick's Catholic Church. Monsignor Steven Kachel will officiate. Burial will take place in the Catholic Cemetery, La Crosse. Friends may call on the family Friday morning at the church from 9:30 a.m. until the time of Mass. Online condolences may be left at www.schumacher-kish.com.

Published by La Crosse Tribune on Nov. 24, 2021.
To plant trees in memory, please visit the Sympathy Store.
MEMORIAL EVENTS
Nov
26
Calling hours
9:30a.m. - 10:30a.m.
St. Patrick’s Catholic Church
WI
Nov
26
Mass of Christian Burial
10:30a.m.
St. Patrick’s Catholic Church
WI
Funeral services provided by:
Schumacher-Kish Funeral and Cremation Services - La Crosse
MAKE A DONATION
MEMORIES & CONDOLENCES
Sponsored by Schumacher-Kish Funeral and Cremation Services - La Crosse.
3 Entries
I remember Lovena from Mulder"s. She was at the dinner table with my friend Sally. What devoted daughters she had-doing her hair every Sat. and visiting.Mary,Sally and I enjoyed seeing Lovena. sally passed a couple weeks ago.It is hard to say goodbye.With sincere sympathy, Dawn Michaels.
Dawn Michaels
Friend
November 24, 2021
My sympathy to all of Lovena's family. She was a wonderful, caring nurse. It was always a joy to work with her. I know she loved her family very much. Peace be with her and what a joyous reunion with those who have gone on before her.
Mary Christen Burbach
Work
November 24, 2021
My prayers and sympathy to Mary, Barbara, and the family
Richard Dungar
Friend
November 24, 2021
Showing 1 - 3 of 3 results