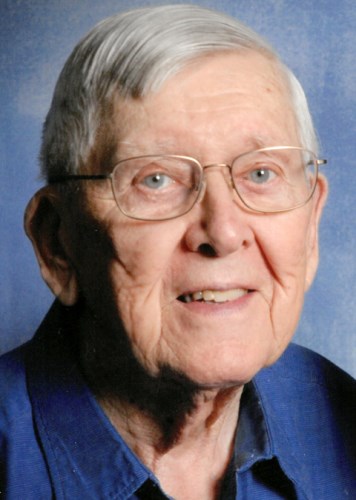 WESTBY - Marvin LeRoy Lee, age 95, of Westby, WI, passed away peacefully at the age of 95 on Sunday, November 7, 2021, at the Norseland Nursing Home, surrounded by his loving family.

Marvin attended grade school in Spring Coulee and ninth and tenth grades at the Coon Valley State Grade School. Marvin graduated from Westby High School in 1944. On April 27, 1945 Marvin entered the United States Army. After his training he served with the 42nd Infantry Division in Europe and attained the rank of Staff Sergeant. After being honorably discharged, Marvin married his true love, Helen Thompson, on March 8 of 1947. In March they would have celebrated 75 years of marriage.

Marvin was employed by the General Cigar Company and Northern Wisconsin Tobacco Pool before joining the United States Postal Service in May of 1950. He delivered mail on Rural Route One for forty years. While he worked part time at Eklov's Service Station. Marvin and his family raised over twenty crops of tobacco. Marvin also served as a Deacon and trustee for the Westby Coon Prairie Lutheran Church.

Marvin was a lifetime member of the Westby American Legion, serving in many capacities including Post Commander, Finance Officer, and Post Chaplain. He was very active with the Legion Baseball program for over thirty years and the American Legion Color Guard for forty years. After retirement he was on the Westby City Board of Appeals and a member of the Industrial Park Committee.

Marvin is survived by his beloved wife, Helen; five children: Merlin (Denise) of Withee, WI, Larry of, La Crosse, WI Michael (Terri),Grafton, WI, Donna (Dave), Menomonie, WI, and Randy (Wendi), Wauwatosa, WI Marvin has been blessed with twelve grandchildren; and 23 great-grandchildren. Marvin is further survived by his brothers: Duane of Westby, Glen (Mary) of Westby and Roger (Carolyn), The Villages, FL. He is further survived by many nieces, nephews; and friends.

Marvin was a friend to so many, but never too busy to help others. Marvin made an impact on every life he touched, and he will be greatly missed. Loved ones can be comforted by knowing that they will one day see him again.

A funeral service will be held Saturday, November 20, 2021, at 12:00 p.m. at Westby Coon Prairie Church. Pastor Alyssa Weaver will officiate. A visitation will be held from 10:00 a.m. until time of service. Marvin will be laid to rest at Coon Prairie Cemetery, Westby. Online condolences may be expressed at www.vossfh.com.