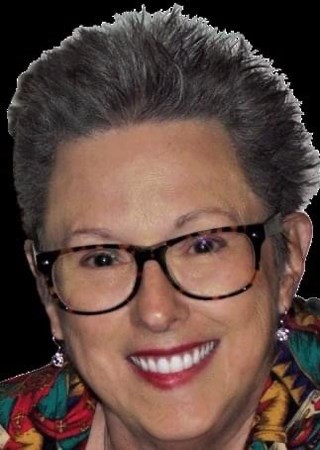 TOMAH - Mary "Frankie" Laflamme, age 74, of Tomah, WI, passed away on Tuesday, September 21, 2021 at Tomah Health surrounded by her loving family. She was born June 2, 1947 in Dallas County, Texas to Leonard C. Redman and Willie May Burns.

Frankie married John P. Laflamme on July 4, 1992 in Grand Prairie, Texas. They enjoyed nearly 30 years together. Frankie was a gifted artist, and enjoyed painting, crafting, and taking photographs. She was a member of the Fire & Iron Motorcycle Club, and was known as "Silver" in the club. She will be dearly missed by her family and friends.

She is survived by her husband, John Laflamme of Tomah, WI; her three sons, Darrell (Irada) Willis of North Carolina and their daughter, Amanda Willis; Chris (Melissa) Willis of Forney, TX and their daughter, Mary Willis; and William Laflamme of Tomah. She is further survived by her brother-in-law, Russell Laflamme of Heath, TX; and sisters-in-law, Jeannie Nelson of Heath, TX and her children, Joseph, John, and Michael O'Boyle; Madelaine (Rodney) Gully of Garden City, TX, and their children, Andrew Lambert and Amanda (Gary) Buttrey.

She was preceded in death by her parents, Leonard and Willie May; along with her two brothers, Bill Norman and Leonard Redman; a sister, Carla McGuyer; and a brother-in-law, Tom Laflamme.

A Celebration of Frankie's Life is being planned for a later date and will be announced by the Torkelson Funeral Home of Tomah when it becomes available. Online condolences may be offered at www.torkelsonfuneralhome.com.

Published by La Crosse Tribune on Oct. 1, 2021.
To plant trees in memory, please visit the Sympathy Store.
MEMORIAL EVENTS
To offer your sympathy during this difficult time, you can now have memorial trees planted in a National Forest in memory of your loved one.
Funeral services provided by:
Torkelson-White-Ninneman-Steele Funeral Home
MAKE A DONATION
MEMORIES & CONDOLENCES
Sponsored by Torkelson-White-Ninneman-Steele Funeral Home.
0 Entries
Be the first to post a memory or condolences.