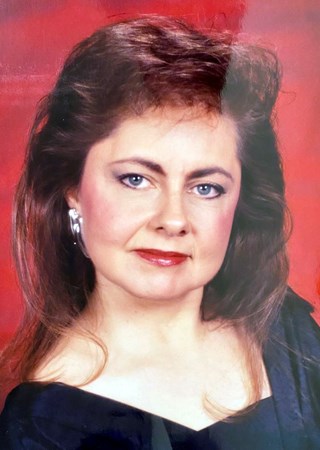 We are so incredibly sad to announce the passing of our dear Mary Louise. Mary passed away peacefully on September 20, 2021 in Roanoke, VA.

Mary graduated in 1970 from LaCrosse Central High School. The first in her generation of siblings to earn a bachelor's degree, Mary graduated from the University of Wisconsin LaCrosse with honors in the top 10% of her class in 1974. Majoring in French, Mary was not only bilingual, but also beautiful and talented.

An accomplished seamstress, Mary made dresses, hats, milium lined coats, slipcovers and curtains, many of her own design. Generous and kind, those of us who were fortunate to be on her gift list received many hand-knit or crocheted treasures. A hat, scarf, mittens, baby sweater and maybe even some baked-from-scratch treats. In her younger years, lemon bars, apple pie slices and cookies were Mary's signature specialties.

Living and working on her own, first in Chicago, then later moving to Virginia, Mary was independent and never afraid of a challenge. When Mary wanted to do something, she succeeded. She would read a book or take a class to teach herself a new skill. Whether it was making a new craft for the holidays, remodeling a bathroom, redecorating her house, or designing her own landscaping, her determination and flair always made it look easy.

Atheletic, Mary was a runner, walked long distances, enjoyed both down hill and cross country skiing, sailed and even parasailed. Her walks may have slowed to leisurely strolls through the neighborhood with her husband and on visits back to LaCrosse, but her frequent horticulture lessons never waned. Yes, Mary came back home to visit family, but her Wisconsin favorites were a close second. Bratwurst with sauerkraut, Coney Island hotdogs (always a double dog), visits to Riverside Park, splitting a malt at The Pearl, the Oktoberfest parade, and the ever-popular stop at Rudy's Drive-In so she could be "served on rollerskates."

Mary was the thoughtful, intelligent one. Diplomatic and the steadfast voice of reason, she was our role model. Combined with her wit, her blue eyes and that amazing smile, she truly was the best of all of us.

Mary married the love of her life, Floyd C. Moretz, on August 28, 2004 in Roanoke, VA, where they built a beautiful home together. Affectionately known as "Favorite Auntie Mary" and "GranMary," Mary will be dearly missed by all who have been blessed to know her, family and friends alike.

Mary is survived by her loving husband, Floyd Moretz and his children, Jason (Catey), Kara (Ashley) and her grandchildren, Noah, Lilly and Lennox. Mary is further survived by her mother, one sister, Patricia; three brothers, David, Stephen and Paul; one niece, Nastassja (Patrick); three nephews: Joseph (Jenny) Daniel (Ashley) and Andreux; two grandnephews and one grandniece, numerous cousins and friends.

Mary's memorial service was held on Monday, September 27, 2021 in Roanoke, VA. A local service for Mary will be announced at a later date.

Donations may be made to the Lewy Body Dementia Association (lbda.org) in memory of our dear Mary Moretz.

"Tomorrow is promised to no one."

We were truly blessed to have Mary in our lives for as long as we did.

Published by La Crosse Tribune on Oct. 10, 2021.
To plant trees in memory, please visit the Sympathy Store.
MEMORIAL EVENTS
Sep
27
Memorial service
11:00a.m.
Northminster Presbyterian Church
Roanoke, VA
Funeral services provided by:
Simpson Funeral Home
MAKE A DONATION
MEMORIES & CONDOLENCES
Sponsored by Simpson Funeral Home.
2 Entries
I worked with our Mary for years. She was truly an amazing person. My heart is broken to learn of her passing. She will never be forgotten. Love to all.
Wanda Arnold
Work
October 19, 2021
I was so saddened to learn of Mary´s passing. She and I were friends in high school and college. I remember nights at The Varsity Club, downtown and particularly, a road trip to Kenosha in pursuit of a length of authentic tartan fabric an acquaintance had access to. Over the years we lost touch but I thought of her often and hoped we´d miraculously run into each other some day, as one does! Yes, she had the most beautiful blue eyes and even after all these years I recognized her in all of the loving memories posted above. May those memories be a blessing to you.
Kristine Miller
School
October 12, 2021
Showing 1 - 2 of 2 results