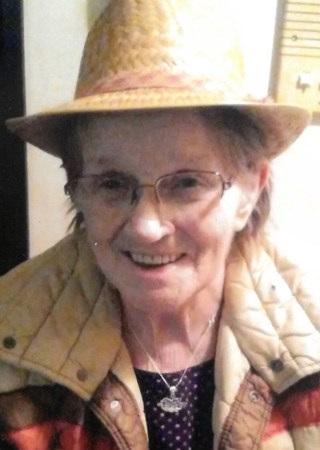 She was married to Robert Taylor for over 20 years. Later after they divorced, she met Ben Rose. They lived in California until his death, and then she returned home. Phila was a housekeeper at the Holiday Inn in Tomah for many years, before she become ill. She enjoyed all types of flowers, as well as doing her crossword puzzles, and watching her Western shows. She will be dearly missed by her family and friends.

Phila was preceded in death by her former husband, Robert Taylor; her sisters: Edith Rudolph and Joan Meachem; and her brothers: James Hughart, Jr. and William Hughart.

Funeral services were held Thursday, September 2, 2021 at the Torkelson Funeral Home in Tomah. Pastor Krysta Deede officiated. Burial will be held at a later date.

Online condolences are available at www.torkelsonfuneralhome.com.

Published by La Crosse Tribune on Sep. 10, 2021.
To plant trees in memory, please visit the Sympathy Store.
MEMORIAL EVENTS
To offer your sympathy during this difficult time, you can now have memorial trees planted in a National Forest in memory of your loved one.
Funeral services provided by:
Torkelson-White-Ninneman-Steele Funeral Home
MAKE A DONATION
MEMORIES & CONDOLENCES
Sponsored by Torkelson-White-Ninneman-Steele Funeral Home.
0 Entries
Be the first to post a memory or condolences.