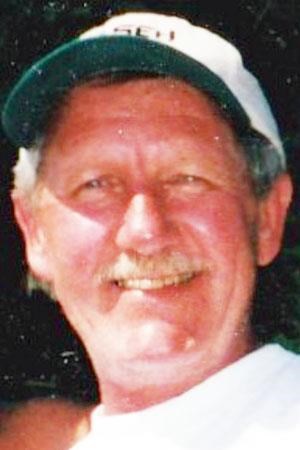 LA CROSSE - It was my life so I wrote this final chapter. The story of Richard Edward (Rich/Dick) Sather started April 10, 1944 in Minneapolis, MN as the first son of Donald and Grace (Burge) Sather and ended peacefully, September 21, 2021 in La Crosse WI with his wife Sandy by his side.

He proudly served his country in both the Air Force and Army, returning to Minneapolis from Vietnam to meet and marry his best friend, Sandra Stafslien in La Crosse, on September 20, 1969.

He graduated from Minneapolis Roosevelt High, the University of Minnesota and the Graduate School of Financial Management at Stanford University. He worked briefly for General Motors in Muncie IN before joining Trane Company in La Crosse. Retiring as the manager of North American Invoice Administration after 32 years.

He was a member of the VFW, the American Legion, the National Rifle Association, the Coulee Region Humane Society and many other organizations.

Over the years, he enjoyed hunting, fishing, boating, camping and most of all, his many trips to casinos and Northern Wisconsin with Sandy and our friends.

As he moves on he leaves behind his wife Sandra; his brother Daryl (Pam) Sather, and Maria and Daniel; his sister Lynn Pinski and Jevin and Shane; his first cousins Ilo and Jeannie; His Brothers in Law: DuWayne (Debbie) Stafslien, Dale(Barb) Stafslien; sister in Law, Patricia (Wayne) Hagen. Many Nieces and Nephews and many close friends.

Those that moved on before him were his parents, Donald and Grace Sather, his step-mother Dorothy and cousins: Tom, Curt and Linda.

Rich made plans on October 15, 2021 from 2:00 - 5:00 p.m. at the La Crosse American Legion, for a Celebration of his Life, where everyone can come and relax and enjoy each other's company and share a story or two.

Rich wanted the animals being cared for by the Coulee Region Humane Society to benefit by any memorials as well as the Children's Miracle Network.

Enjoy the Celebration of Life and thanks for thinking of me.

Coulee Region Cremation Group, Onalaska is assisting the family in their time of need.

Published by La Crosse Tribune on Sep. 26, 2021.
To plant trees in memory, please visit the Sympathy Store.
MEMORIAL EVENTS
Oct
15
Celebration of Life
2:00p.m.
La Crosse American Legion
WI
Funeral services provided by:
Coulee Region Cremation Group
MAKE A DONATION
MEMORIES & CONDOLENCES
Sponsored by Coulee Region Cremation Group.
5 Entries
Rich we will miss your laughter and your smile, you truly made living on this earth a better place. Now you are surrounded by family and friends who loved you dearly. My sincere condolences for Sandy, Daryl and Lynn and all the family and friends that shared in Rich´s life May you Rest In Peace
John Bushek
September 29, 2021
Thoughts and prayers are with you Sandy and your entire family
Lori Kadlec
September 28, 2021
I loved him as much as I did all those little stray puppies I used to bring Home!!
Louise Keenan
Friend
September 27, 2021
Rich was always there to help when needed. He was a gentleman and kind and seemed like he always had a smile on. Sympathy to his wife Sandy and all of the family.
Sharon Gilbertson
September 26, 2021
I never spent that much time with Rich but I always will remember him to have a smile on his face and ready for a conversation. Sandy, Lynn, Daryl, Pam, Nieces and nephews, and all the Family and friends, my thoughts and prayers are with you. Blessings
Mark Bushek
September 26, 2021
Showing 1 - 5 of 5 results