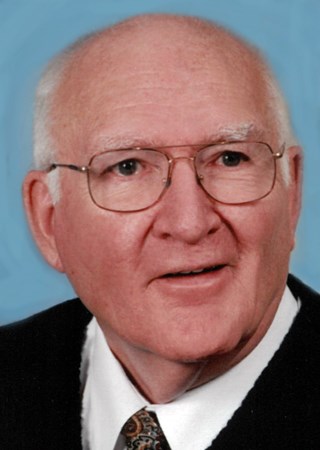 Roger "Doc" Hatlem, 90 of Viroqua, WI, died Tuesday morning September 21, 2021. Roger was born on July 31, 1931, to Rev. Berent and Gertrude Hatlem in Adams, ND. He was the youngest of three sons, Edward being the oldest and Paul who died in infancy. In the summer of 1943, the Hatlem family moved to Taylor, WI. Roger graduated from Taylor High School in May of 1949 and entered St Olaf College in Northfield, MN, where he graduated in 1953. Roger was drafted into the U.S. Army and served in the Counter Intelligence Corps where he searched for war criminals while stationed in Germany. After returning in 1955, Roger earned his Masters Degree at Springfield College, Springfield, MA, in 1956. That fall he started his first teaching job at Morgan High School in Morgan, MN. Roger married Miriam Diemer of Morgan, MN, on June 5, 1958. The family moved to Viroqua, WI, in August of 1960, where Roger taught and coached at the High School as they raised their two sons Todd and Paul. In 1972, Roger received the nickname "Doc" after he earned his Doctorate of Physical Education from Springfield College.

Roger spent most of his 35-year career in education in the Viroqua school system as a teacher in biology, anatomy, and physiology. For the last fourteen years there, he served as the Viroqua High School principal. During that time he became the first coach of the Girls Basketball Team where they enjoyed many successful seasons. He was also a Boy Scout leader for 11 years, active in his church throughout his life, and proud of his Scandinavian heritage.

Roger and Miriam enjoyed their retirement years by wood carving and painting, earning regional awards and recognition for their work. Their Christmas Santa Clauses and ornaments were favorite gift items for many in the area but Roger was also accomplished in several other types of wood carving and loved to teach carving to anyone interested. Somehow Roger also found time to serve on the Viroqua City Council for many years.

Funeral Services were held at 11:00 a.m. on Friday, September 24, 2021, at Good Shepherd Lutheran Church in Viroqua. Visitation was held at the church from 10:00 a.m. until the time of the service. Burial was in the Viroqua Cemetery with full military honors. A light lunch was served after the service. Online Condolences may be expressed at www.vossfh.com.

Published by La Crosse Tribune from Sep. 23 to Sep. 29, 2021.
To plant trees in memory, please visit the Sympathy Store.
MEMORIAL EVENTS
Sep
24
Visitation
10:00a.m. - 11:00a.m.
Good Shepherd Lutheran Church
504 S. Main Street, Viroqua, WI
Sep
24
Service
11:00a.m.
Good Shepherd Lutheran Church
504 S. Main Street, Viroqua, WI
Funeral services provided by:
Vosseteig-Larson Funeral Home
MAKE A DONATION
MEMORIES & CONDOLENCES
Sponsored by Vosseteig-Larson Funeral Home.
4 Entries
A favorite Uncle (and Aunt)!
Bruce and Judy Hatlem
Family
October 3, 2021
Mr Hatlem was a terrific teacher. I still remember dissecting the frog in his class. His classes were always interesting. He was one of many great teachers we were blessed with at VHS.
Darell Larson
School
September 30, 2021
Sorry to hear of your loss, sounds like "Doc" was one hell of a good man. I now know why Paul (his son) is such a decent human being. God Bless.
Mark Sobkowiak
Other
September 23, 2021
So sorry for your loss. Our thoughts and prayers will be with you and your family . Memories last forever.
Loren and Kathy Anderson.
September 23, 2021
Showing 1 - 4 of 4 results