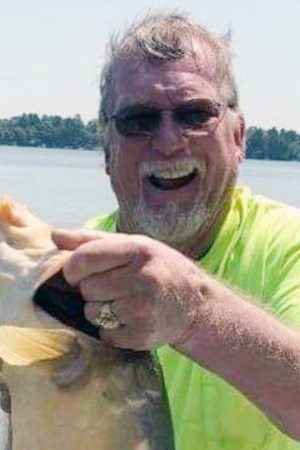 Although Ron was born in Wisconsin, he was a die hard Vikings fan. He enjoyed watching football and Nascar. Ron's adult life began in the twin cities as a welder, but the warm climate of Florida lured him South where he enjoyed a long career in sales.

Ron was always willing to lend a helping hand to anyone who needed it. He helped raise money for several charities like Toys for Tots and K-9's for Vets by organizing countless bike rallies. He rode his beloved Harley Davidson every chance he could. The last few years of his life, Ron would return to MInnesota for the warmer months and help care for his Mother. Ron loved being on the farm with his Mom. He would fish with friends and family and was always willing to catch you some dinner. He loved getting together with his family and friends, he especially liked playing euchre with whomever would play. Rotten also enjoyed causing havoc at the bingo hall (O69!).

Ron will be deeply missed by his children; grandchildren; his fiancee; also his numerous family and friends. He is survived by his daughter, Ginny Tipple of Anoka, MN; his son, Ron (Lori) Shelby of Brooklyn Park, MN; his fiancee, Lisa Green of St. Augustine, FL; his grandchildren: Dylan Tipple, Zachary, Samuel, and Maxwell Shelby.

He was preceded in death by his parents Ray Strong, Bonnie and Norbert Tschumper; two brothers: Alan Strong and Tom Tschumper; and brother-in-law Owen Onsgard.