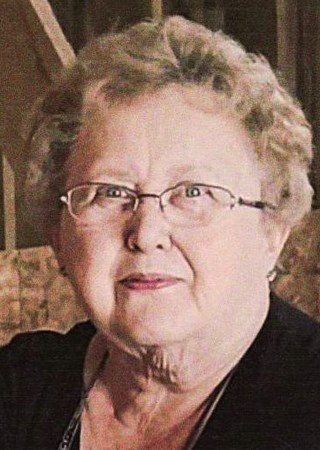 WESTBY - Shirley Mae Engh, 72 of Westby passed away peacefully at Gundersen Health System with her daughter holding her hand on September 10th 2021. She was born in Viroqua on December 6, 1948 to William and Arlene (Bjerkos) Holte. Shirley attended grade school at "The One Room" Erickson Schoolhouse where she met Alan while the Nerison and Erickson school kids were playing ball. She went 1 year to Coon Valley Elementary school. A member of Nerison 4H club where she showed cattle and learned how to sew. She graduated from Westby High School in 1967. On April 12, 1969 she married Alan Engh, at Coon Valley Lutheran Church where she had been baptized and confirmed.

Shirley worked at Decomat in Sparta after graduation. She was blessed to have the time to raise three children at home. Once all her children were school aged, Shirley started working at La Crosse Footwear (sewing) until its closing. Seasonally, she worked at the Tobacco Pool in Viroqua. She then worked at Gundersen Lutheran in the laundry department until retirement.

Shirley was a member of Vang Lutheran Church, Vang Ladies Aid, and WCP Quilters. She has graciously made several beautiful quilts for family and friends and donated numerous to many fundraisers over the years. Shirley also made some of her own clothes growing up. During tough times she was able to make a meal out of anything and would make a feast just to play cards. She made many meals and lunches for her tobacco and hay help over the years. She also enjoyed going to the casino with her sisters to celebrate birthdays.

Shirley was an avid supporter of her grandchildren and their activities. She loved them dearly. Shirley will be remembered as a wonderful sister, mom, grandma and aunt. She always had a smile.

Survivors include her sons, Craig of Westby, Darren (Lisa Guggenbuehl) Engh of Sparta, and daughter Kala (Duane Berg) of Westby; grandchildren Jacob (Kadie) and Max Engh of Sparta, Melody (Devin) and Madeline Berg of Westby, sisters, Donna (Steve) Leis, Susan (Terry) Kammel, many nieces and nephews, and her special friend Milan Marx of Cashton; and many cousins and dear friends.

Shirley had a big heart for animals too! She loved all her dogs, Billy and grandpups, Meiko, Milo, Charlie, Crouton, and Ahjha Roo.

She was preceded in death by her husband Alan in March of 2016, her parents, in-laws Verdell and LaVonne (Olson) Engh of Chaseburg, her brother David Holte, her sister Nancy Nofsinger and brother-in-law Steven Nofsinger.

A memorial service for Shirley will be held at 11 a.m. Friday October 1, 2021 at Westby Coon Prairie Lutheran Church. Rev. Alyssa Weaver will officiate. Burial will be in the Vang Lutheran Cemetery. A visitation will be held at the church on Friday from 9 a.m. until service time. All those attending are asked to please wear a mask. The Seland Funeral Home in Coon Valley is assisting the family. Condolences may be given at selandsfuneralhome.com. All those blessed to have one of Shirley's quilts are asked to bring it to the service for display.

The family would like to send a heartfelt thank you to all who cared for Shirley at Gundersen Health Systems during her week long stay. The family deeply appreciates the outpouring of sentiments and prayers during this difficult time.

Memorials in remembrance of Shirley can be directed to Westby Fine Arts Center, WCP Quilters and Soleburner in Chaseburg.