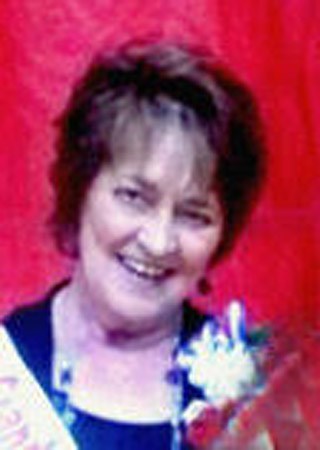 Terrie was the eldest of six children. Her mother and father were both very hardworking-Marian worked at the local IGA store and Keith kept busy on their farm as well as worked for Tri-State Breeders. Terrie played a crucial role at home-she cared for her younger siblings, prepared many family meals, and attended to household responsibilities. This experience proved to be crucial for her future endeavors as an extremely patient, compassionate, and loving caregiver with "a heart of gold."

Terrie met a Norwegian ski jumper named Arne Haugen. Their love story began at the Westby Snowflake Ski Jump Tournament. Arne was smitten with the local Ski Queen. They were married on August 30, 1975, at North Coon Prairie Lutheran Church in Newry, WI. Terrie was a devoted wife. Arne and Terrie were blessed with two children. Their first child, Erik Tomas, was born on September 18, 1976, followed by a daughter, Anne Britt, on September 8, 1979. The young couple purchased a new home in McFarland, WI, in 1980. They relocated back to Westby in 1991. Terrie found her passion as a paraprofessional working in the Westby School District for several years. She loved working with all students and faculty there. Her kind, caring, and patient nature won the hearts of almost everyone she encountered. In her free time, she enjoyed taking her dogs to "the farm," planting flowers, and having her grandchildren come to visit. She treated her animals and her grandchildren like gold. She was even chosen to be "Grandmother of the Year" at the 2014 Syttende Mai Celebration-nominated with a short essay written by her only granddaughter, Siri Anne.

Sadly, in 2006, a tragic vehicle accident claimed the life of Erik. And in 2013, Arne suffered a massive stroke which left him non-verbal and paralyzed. Terrie was just beginning to heal from the loss of her son when Arne became disabled, requiring 24/7 care. Terrie made a lot of tough decisions on her own at that time. She loved her job as a paraprofessional, but her heart was with Arne. She cared for him for as long as she could, but he eventually was moved into a nursing home. She was a caregiver for her mother until she [Marian] passed, due to a terminal illness, as well as cared for her father for a bit of time when her and Arne moved in with him. Terrie eventually moved into her own home in Viroqua. By the end of 2020, her health had deteriorated quite extensively due to terminal illness. Terrie was back and forth between home, hospital, and nursing home for the greater portion of 2021. Her perseverance through the saddest moments of her life and her will to keep going were eventually no match. Terrie was a strong woman who fought until the end.[ya%]

[cw31][cs0][f5][p10][s8.8][v11.5][ya]We find peace in our hearts knowing that Terrie is reunited with her husband, Arne and son, Erik. They are together again with our Heavenly Father as well as all who have gone before us.[ya%]