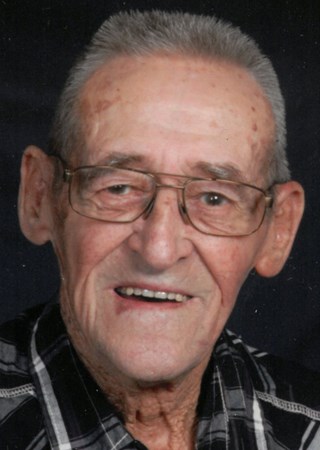 MT. STERLING - Thomas Orlan Herreid, age 90, of rural MT. Sterling, passed away Monday, November 22, 2021, at Vernon Memorial Hospital surrounded by his family. He was born September 6, 1931, in the family home where he lived his entire life. He attended the Brockway School until 8th grade, after which he farmed with his mother and father. Tom married Clarice Everson on July 22, 1967, at Kickapoo United Lutheran Church in Folsom. Tom farmed and raised his family alongside Clarice. He enjoyed woodworking, fishing, playing cards, was an avid Brewers fan, and enjoyed several trips to Norway. He was a member of the Eagles and a member of the Mt. Sterling Lutheran Church. Survivors include his wife of 54 years, Clarice Herreid; his children: Susan (fiance Jim Beers) Curtis of Wauzeka, Sara Gannon of Soldiers Grove, Sally (Levi) Heffner and Sigurd Herreid, both of Muscoda; 10 grandchildren: Shelbie and Trevor Curtis, Connor and Sydney Gannon, Lane, Logan, and Lilly Heffner, Mackenzie and Mason Herreid. Tom is further survived by his sister, Olivia Kenefick of Elk Mound, WI; his brothers: Milford (Joan) Herreid of Neenah, WI, Edwin Herreid of Trevor, WI; his sister-in-law, Catherine Johnson of Genoa, Joanne France of Soldiers Grove; his brother-in-law, Arlan "Bud" (Joan) Everson of Viroqua.

In lieu of flowers, donations to Mt. Sterling Lutheran Church or the charity of your choice are appreciated.

A Funeral Service will be held at 12:00 p.m. (Noon) on Sunday, November 28, 2021, at Mt. Sterling Lutheran Church. Pastor Nile Sandeen will officiate. Visitation will be held from 4:00 p.m. until 7:00 p.m. on Saturday, November 27, at VOSSETEIG FUNERAL HOME in Gays Mills. Additional visitation will be held Sunday at the church from 11:00 a.m. until the time of service. Tom will be laid to rest in the church cemetery. Online Condolences may be expressed at www.vossfh.com.

Tom's family would like to thank the staff members of Vernon Memorial Hospital for the care they provided.