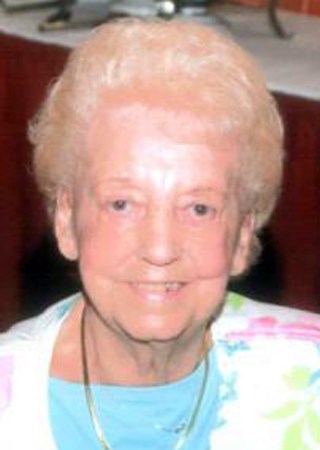 Virginia Ann "Ginny" Dahl, 93 of La Crosse, passed away on Saturday, September 18, 2021, at the Mayo Clinic Health Care System in La Crosse. She had recently been a resident of Havenwood Senior Living in Onalaska.

Ginny was born the daughter of Christine Spanie on July 4, 1928, in Duluth, MN. She was preceded in death by her mother, Christine; her husband, Kenneth Henry Dahl; brothers, Daniel, and Benjamin; sisters, Elizabeth, and Irene.

Ginny worked as a buyer for Kauma's Clothing Store for 26 years. She so enjoyed helping people over the years, that many became lifelong friends. She also worked on behalf of the Republican Party for several years.

Ginny was a kind, generous and loving person who brought joy to all who knew her. She was devoted to her family as a loving wife of 62 years, mother, grandmother, and great-grandmother. Nothing made her happier than to be surrounded by her family. May she rest in eternal peace!

A memorial service for Ginny will be held at 1:00 P.M. Friday, September 24, 2021, at the Schumacher-Kish Funeral and Cremation Services, 200 West Avenue South, La Crosse. Pastor Phil Waselik will officiate. Visitation will be held from 12:00 Noon until the time of services Friday at the funeral home. In lieu of flowers memorials are preferred. Online guestbook is available at www.schumacher-kish.com.