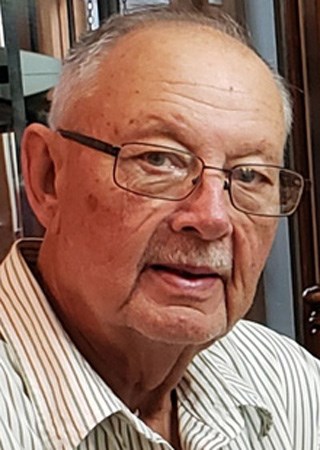 William "Bill" Graumann, 76, passed away peacefully April 21 at home while surrounded by his family. He had a nine-month battle with liver and pancreatic cancer, but the disease overtook his body. Bill was born June 19, 1944, to Arthur and Nina (Laessig) Graumann. He graduated from Colby High School in 1962 and received an associate degree in accounting from North Central Technical Institute in Wausau in 1964.

Bill was preceded in death by his parents.

A special thank you from the family goes out to all of the great staff, nurses, and doctors at Mayo Clinic Health System and Cancer Center, especially Dr. Teske and Dr. Ticku. Thanks also to the Mayo Hospice Program, especially Rebecca, RN. A big thank you to our neighbors who provided much support.

Bill enjoyed golfing with his buddies, ice fishing, attending UWL and Logan High School sporting events. He attended his grandchildren's dance recitals, ball games, and enjoyed being the "go-to fix-it person" for toy repairs and battery replacement. We always learned something new or important from the coffee group which met at McDonalds North several times per week and the breakfast group which met weekly at Tom Sawyer's.

Visitation will be from 9:30 a.m. until the time of service. The funeral service will be held at 10:30 a.m. Saturday, May 1, at Roncalli Newman Parish, 1732 State Street, La Crosse. Parking is available behind the church in the lot off Main Street. Father Billy Dodge will officiate. Social distancing guidelines will be in effect and mask wearing will be mandatory.

In lieu of flowers, memorials may be given to Roncalli Newman Parish; UWL Foundation-Athletics, 615 East Ave. North, La Crosse; or a charity of your choice.

Dickinson Family Funeral Homes & Crematory is assisting the family with arrangements. Online condolences may be sent at www.dickinsonfuneralhomes.com

To plant trees in memory, please visit our Sympathy Store.
Published by La Crosse Tribune on Apr. 25, 2021.
MEMORIAL EVENTS
May
1
Visitation
9:30a.m. - 10:30a.m.
Roncalli Newman Parish
1732 State Street, La Crosse, Wisconsin
May
1
Funeral service
10:30a.m.
Roncalli Newman Parish
1732 State Street, La Crosse, Wisconsin
Funeral services provided by:
Dickinson Family Funeral Homes
MAKE A DONATION
Please consider a donation as requested by the family.
GUEST BOOK
Sponsored by Dickinson Family Funeral Homes.
4 Entries
So sorry for you loss Thoughts & prayers are with you Mary & family at this difficult time. Remembering all the basketball games that all us parents enjoyed back in the day watching Brent & Andy.
Mary Ragner
April 26, 2021
Mary, you and Bill were very good friends to us at McDonalds. Please accept our condolances. Mary......You were good friends at McDonalds. We would like to extend our sincere sympathy to you and your family. Dee and Wally
Wally Johnson
April 25, 2021
Our sympathy for the passing of Bill. Your friendship was important to us in our transition to La Crosse and we will always have pleasant thoughts toward you.
Pat and Julie DiRocco
April 25, 2021
My thoughts and prayers are with you Mary and family.
Judy Rohrer
April 25, 2021