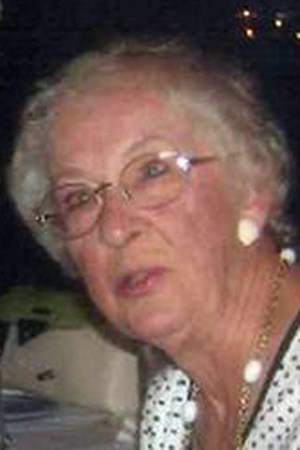 LA CROSSE - Yvonne M. Hyde, 90 of La Crosse died on Friday, April 9, 2021 at Riverside Transitional Care. She was born December 28, 1930 in Chicago to George and Minnie (Koppers) Hinds. After one year at Milwaukee State Teachers College, she married William J. Hyde in Milwaukee in August of 1950. They moved to Madison, WI that fall where Bill, after three years, earned his PhD degree. Yvonne received her B.A. degree one year later.

In the fall of 1953, the couple moved to San Antonio, TX where Bill taught English at Trinity University and Yvonne worked at the University library. They remained in Texas for 3 years, then returned to Wisconsin in 1956 where Bill joined the English Department at UW-La Crosse and Yvonne joined the UW-L library staff doing various jobs, then settled into the Cataloging Department for the last 18 years of her 38 years at the library.

Yvonne and Bill enjoyed music and had season tickets to the La Crosse Symphony for many years. They also attended Jazz in the Park performances as often as possible. Trips to the North Woods at least twice a year were a must until age put a stop to that pleasure.

The Hyde's had no children and since both Bill and Yvonne were only children, there are no survivors. Yvonne was hugely grateful to kind friends and neighbors who helped so much after Bill's passing in January of 2015.

Memorials may be sent to the Hyde English Scholarship or to the Murphy Library both at the University of Wisconsin-La Crosse, the La Crosse Symphony Orchestra or for Mass intentions in Yvonne's memory at the Catholic Church of the donor's choice. A private gathering of friends will be held at a later date. Schumacher-Kish Funeral and Cremation Services of La Crosse is handling the arrangements. Online guestbook is available at www.schumacher-kish.com.

To plant trees in memory, please visit our Sympathy Store.
Published by La Crosse Tribune on Apr. 18, 2021.
MEMORIAL EVENTS
No memorial events are currently scheduled.
To offer your sympathy during this difficult time, you can now have memorial trees planted in a National Forest in memory of your loved one.
Funeral services provided by:
Schumacher-Kish Funeral and Cremation Services - La Crosse
GUEST BOOK
Sponsored by Schumacher-Kish Funeral and Cremation Services - La Crosse.
6 Entries
I became Yvonne's friend rather late in both our lives, but knowing her has been a gift.
Carla Graham
Friend
April 27, 2021
I always admired Yvonne's quick dry wit. She was a very intelligent woman, with a great sense of humor. It was clear that she loved students and she loved her work at the library. It was a privilege to have known her.
Cristine Prucha
April 20, 2021
Sorry to hear of Yvonne’s passing. She was one in a million with her positive attitude, infectious laugh and smile. Loved her holiday visits when she handed out candy canes to all at the library. Thanks for the all the good memories, Yvonne.
Karen Lange
Coworker
April 17, 2021
Thinking of Von today, remembering her kindness and good humor. She was a cheerful, energetic presence at Murphy Library. A genuinely friendly person.❤❤❤
Johanna Stephenson
Coworker
April 16, 2021
Blessed with happy memories of Von, her kindness and dedication and good humor and, after her retirement, her welcome visits to the library with smiles and candy canes for all. Many thanks, Von.
Ginny Kreyer
Coworker
April 15, 2021
My condolences to the family. I enjoyed speaking with Yvonne over the years.
-Betsy Morgan (UWL)
Betsy Morgan
Acquaintance
April 15, 2021