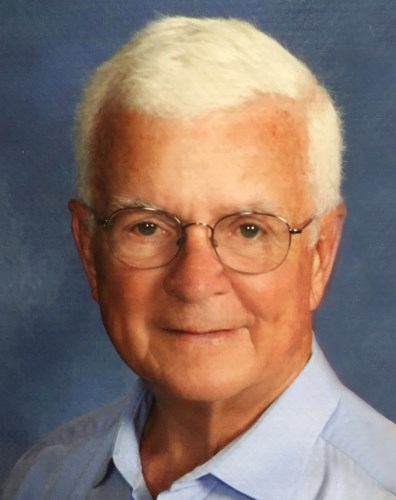 BORN
1935
DIED
2021
Duane Eugene 'Blick' Blickenstaff
September 21, 1935 - January 22, 2021
La Jolla
Gene Blickenstaff died peacefully surrounded by family at home in La Jolla, California, on January 22, 2021. He was 85. Family and friends were his absolute passion and priority. As a highly sought after and respected Radiologist, he was extremely devoted to his work and patients.Born in Lyons, Kansas, and raised in Albuquerque, New Mexico, Gene attended the University of New Mexico, where he met his wife of 63 years. His continued education and training included medical school at Tulane University, an internship at the University of Michigan, a residency at Charity Hospital of Louisiana, and his fellowship at Los Angeles County General Hospital. Gene began his Radiology career in the U.S. Navy. After the military, he began his 35-year private practice at La Jolla Radiology. Once retired from La Jolla Radiology, he was offered and accepted an esteemed faculty position teaching at UCSD's Breast Imaging Department. For 13 years, 'Blick' worked with and taught young, bright residents, which he thoroughly enjoyed. In addition to teaching, he was instrumental in developing the breast imaging program at UCSD, allowing patients to be diagnosed without surgery. To this day, the UCSD breast imaging department, staff and employees, highlight the advances Blick brought to the profession.Endlessly supportive and directly engaged in his children's and grandchildren's lives and pursuits, Gene ("Papa") was very proud of them and their accomplishments. He always encouraged and influenced his loved ones to lead fulfilling and humble lives and showed by example the importance of loving and being interested in others. Gene modeled a "work hard, play hard" attitude, which led to many successes and numerous fun times, creating extraordinary memories. Gene, and the twinkle in his eye, will be deeply missed by family, friends, and co-workers.Blick was passionate about his church, La Jolla United Methodist Church. He happily and wholeheartedly invested an abundance of his time and energy throughout his 52-year church membership. In the early 1970's he was Chairman of the Education Commission that led the planning of the La Jolla United Methodist Church Nursery School, which stands today as a most highly sought after early childhood educational program. He was an avid woodworker, which included making furniture and his specialty of hand-turned wooden, translucent bowls. Other passions included traveling with his wife, golfing, skiing, reading, napping, and having a well-made gin and tonic. Gene is survived by his lovely wife Denise, his daughter Cathy Blickenstaff McAllister, son Mark Blickenstaff and wife Laurie, son Michael Blickenstaff; and five grandchildren: Cameron and Cayla McAllister, Steven Blickenstaff (Shelby), Gina Blickenstaff Clark (Chelsey), and Ketlyn Blickenstaff. A virtual online memorial service will be held at 1:15 P.M. on Saturday, February 6, 2021. https://www.lajollaunitedmethodist.org/online
92037; www.lajollaunitedmethodist.org or Interfaith Shelter Network 3530 Camino del Rio North, Suite 301, San Diego, CA 92108;http://interfaithshelter.org. Please sign the guest book online at legacy.com/obituaries/ lajollalight
Published by La Jolla Light on Feb. 4, 2021.
To plant trees in memory, please visit the Sympathy Store.
MEMORIAL EVENTS
To offer your sympathy during this difficult time, you can now have memorial trees planted in a National Forest in memory of your loved one.
MAKE A DONATION
MEMORIES & CONDOLENCES
8 Entries
Dr. Blick. Good neighbor and friend to many. Am lucky to have known him a bit.

Lori Laskowski Dolan
Friend
June 8, 2021
Dr. B was warm and compassionate. I loved working with him. He had a wonderful sense of humor and loved our pranks. May your heart be filled with all of the wonderful memories. RIP Dr. B.
Kirsty Tosh-Hall
Coworker
March 12, 2021
Duanne and Denise Blickenstaff were like so many dear couples, part of the La Jolla medical community full of talent and generous spirit. It is hard to lose our doctors who gave so much to the community and beyond. My deepest sympathy to his wonderful wife and family. I hope they find consolation from each other in their grief.
Gail Conners
Acquaintance
February 21, 2021
He was a wonderful radiologist who truly cared about his patients. He will be greatly missed.
Charlotte Thompson, M.D.
February 6, 2021
Mckesson family learned so much from you and enjoyed so much. Forever in our hearts
Mike & Julie Mckesson
Friend
February 6, 2021
Cathy, Mark, Michael and Denise,
What a great picture of your Dad/husband!
It brings back fond memories of my visit in the fall of 2001 and visits to East Vail.
Your in my thoughts and prayers.
Dave Wineman
February 6, 2021
Long time partner and friend. We will miss him.
Donald J Fleischli
February 5, 2021
Best friend ever! A man to be admired for his success in both his career and his personal life. He knew how to balance life's responsibilities yet allowing time for fun always with a mischievous glint in his eye. My oh my, I have memories that will last forever!
Jane McKesson
Friend
February 5, 2021
Showing 1 - 8 of 8 results