And then on the other side of fence, I watched him care for my father. My dad, being a physician, was sometimes a challenge in telling him what care he needed. But when John would look down over his reading glasses and say Gus you need to do this, my dad obeyed. He needed a towering figure like Dr. Carson who commanded respect to take him along the path to wellness. My dad always looked forward to his office visits as they were often sprinkled with quotes from classical literature. How could you not follow the advice of a tall, well dressed, leader of the community who spoke in such a dignified fashion. Once on leaving his office, I remember my dad saying, he's a class act. He loved John and I've always been grateful to Dr. Carson for helping my father. My dad was lucky to have him as his doctor.

As the great generation is fading away, John's passing marks the loss of one of their best. A truly cultured man, dedicated to his profession, energetic and kind. John will be missed by so many (family, friends, colleagues, patients). Rest in peace John you made the world better. I will certainly miss you.
Steve Gormican
June 5, 2019
Dr. Carson was my Dr for 25 years and was not only taking care of me and my husband, but showed concern for my family, who he had never met, and the problems we were dealing with at the time. His gentle nature and compassion was comforting and caring. His bed side manner,which unfortunately does not exist in today's world, made it difficult it to replace him. Rest In Peace my friend and to your family we too feel your loss
HANSEN Family
June 2, 2019
My sincere condolences to the family for the loss of your loved one. May prayers strengthen you and memories comfort you, and may our Lord Jesus Christ and God our Father, who loves us, comfort your hearts and "make you firm". (2 Thessalonians 2:16, 17)
JD
May 31, 2019
My deepest condolences for the loss of your loved one. May you find comfort in the promise of God found at 1 Peter 5:6,7


BC~
California
May 9, 2019
Our entire family was saddened to hear of Dr. Carson's passing. He was a kind and gentle soul and helped tremendously through our father's final years. I imagine they are comparing notes even now. Our hearts reach out to you as you mourn this loss.
Linda Carmichael Gamble
May 9, 2019
Dear Carson Family,
We Orloffs send our condolences and shared grief. We lost our mother, Ann Orloff, on the very same day that your father/grandfather/husband/friend John died. Our father, Marshall (who passed away in November 2018) knew and loved John as a fellow resident at Penn. Dr. Carson was such an amazing role model, colleague, and friend. Our families shared the last 50+ years of life in La Jolla and we are so sad to see the passing of a hero and a member of a unique generation. Sending love, Lisa Orloff and family
Lisa Orloff
May 5, 2019
My sincere sympathies to Libby and his children. It was always a pleasure to run into Dr. Carson, whether at Scripps Memorial or at the Beach Club. During one of Bailey's hospital stays later in his life, Dr. Carson stopped by to see how he was doing. He left for a short time only to return with a paperback (a Zane Grey novel) he thought Bailey would enjoy. Bailey did and I did too! Dr. Carson's thoughtfulness and concern was much appreciated.
Sharilyn Gallison
April 30, 2019
I'm sorry for your loss. May the God of all comfort give you peace
G P
April 30, 2019
May your hearts soon be filled with wonderful memories of joyful times together as you celebrate a life well lived.
c k
April 30, 2019
Rest John, until you hear at dawn,
the low, clear reveille of God.

Thank you for your service to this nation.
Harry Simpson
April 28, 2019
My deepest sympathy to the family in this time of your dear loss. May you find comfort from family and friends. May you find comfort from the words of Isaiah 51:12 where God tells us, I..I myself am the One comforting you.
David
April 27, 2019
May the God of comfort be with the family during this difficult time and give you peace and comfort. Psalms 41:10
J
April 27, 2019
I was at the Chevron station last year when I glanced over and saw the dapper Dr. Carson. He was so well dressed ( with his classic bow tie) and had such a kind and gentle demeanor, such that I had to tell him how nice he looked. I even took his picture and sent it to Betsy
I had always heard that he was an exceptional person.
He reminded me of how La Jolla used to be with gentlemen dressed so nicely, just like my father.
How very blessed to know that he and Mrs. Carson had so many wonderful years together and shared the joys of children and grandchildren!
My prayers are with you, Betsy, and your entire family❤
Janet Hire Gentile
April 26, 2019
Diane Didricksen Justice
April 26, 2019
When some people die, the Earth trembles. Dr. Carson was the Patriarch of Scripps Memorial Hospital when I was employed there. Hospitals tend to be stratified, but he was kind and gracious to everyone even the little people. He would write a letter of recommendation for a housekeeper seeking advancement and often acknowledge the dedication and contributions of volunteers. The entire Carson family enjoy a wonderful reputation in their community. We are blessed to have known them and grateful that John Carson had the gift of a long life which he shared with kindness and wit.
Gail Conners
Gail & Chuck Conners
April 26, 2019
Words cannot express the sadness felt with the passing of John Carson, M.D. His presence as a senior member of the medical staff of Scripps Memorial Hospital while active and then as a member in retirement has provided inspiration and guidance to other physicians over so many years. His intellect and personality will be profoundly missed. Sincerest condolences to Libby and the family, E. Woodrow Hunt, M.D., La Jolla, CA
E. Woodrow Hunt, M.D.
April 26, 2019
I knew Dr. and Mrs. Carson thru his daughter Barbara and son Lee. His medical career speaks for itself but his legacy will be the remarkable family he and Mrs. Carson raised. I know of no gentler or wiser man. My heart hurts for the family. God speed on your final journey Dr. Carson you are already missed by many.
Chris Janiuk
April 25, 2019
I am so sorry to hear about Mr. Carson. My condolences to the family. Loss is never easy to bear. Take comfort in knowing that God "cares for you".-1Peter5:7
Andy
April 25, 2019
We have all lost a wonderful, compassionate person and physician. A (very) longtime friend of my family, he and Ev Rodgers took care of my father, Robert Watts, when he had pancreatic cancer in in 1977 and John was with my mother, Edie, when she died in 2015. He was the quintessential example of a fine man and everyone should be so fortunate to have had him in their life. My heartfelt condolences to Libby and his family.

Gale Watts, New Haven, Vermont
in 2015.
April 25, 2019
Dr. Carson first met my father in 1956 while he was also a resident at the Hospital of the University of Pennsylvania in Philadelphia. As a family we had the great pleasure of visiting and staying at their home in the late 1960s in La Jolla. Many years later I worked for Scripps Health and had the opportunity to visit with him on different occasions. He was a kind and generous man, who cared so deeply about his patients and the practice of medicine. What an amazing life of great service and compassion. Our deepest condolences to the Carson family at this time. May he rest in eternal peace.
Robert F. Crawford Jr
April 24, 2019
Laura Tourin
April 24, 2019
Dr. Carson and his wife were beloved Torrey Pines Transportation clients for many years. He was a sweet man. I remember his luggage always being heavy, full of books. I remember how difficult it was for me to take that luggage up the stairs to the Carson's house, and how nervous I was when Dr. Carson would walk backwards DOWN those stairs. But mostly I remember how quiet, polite, and personable both of the Carsons were. I will always have fond memories of my interactions with them. I know that the world has lost a truly wonderful, caring person. My deepest condolences to the family.
Mike Soski
April 23, 2019
I worked with Dr. Carson at Scripps La Jolla 1999 to 2004 when I was the Case Manager on 6 West. He was the sweetest man. He had such great compassion and care for every one of his patients. He would bring in copies of chart notes from the office that would describe important information about his patient - where they went to school, if they served in the military, right handed or left handed. I remember a time one of his patients (elderly) was actively dying. The husband had visited in the morning. He was elderly too and could not get back to the hospital. I called Dr. Carson at his office and he immediately came over to her room. Removed her IV, sat at her bedside, called the husband on the phone and put the phone up for her husband to speak to her one last time. Then Dr. Carson stayed with her until she passed. His patients meant so much to him.
Reading his fascinating story here explains why there was always a Selectric typewriter on 7 West for him to type his progress notes.
May he rest in peace.
Rose Turner
April 23, 2019
I've known Dr. Carson since I was 7 years old. I'm 59 now. I first met him with Dr. Carmichael at their offices on Hershel in La Jolla. He was always so generous with his time and knowledge on so many subjects. He was truly loved. I will miss his counsel and compassion.
Luke Sheid
April 22, 2019
I'm a co-worker of Barbara BarbieCarson Edwards. Although I didn't personally know Dr. Carson, I feel like I knew him. I truly love to hear Barbara's story about her parents, siblings and childhood. To me, Dr. Carson was the consummate husband, father, educator and doctor. He embodied everything good from his generation. Please accept my deepfelt sympathy.
Allison Oppeltz
April 21, 2019 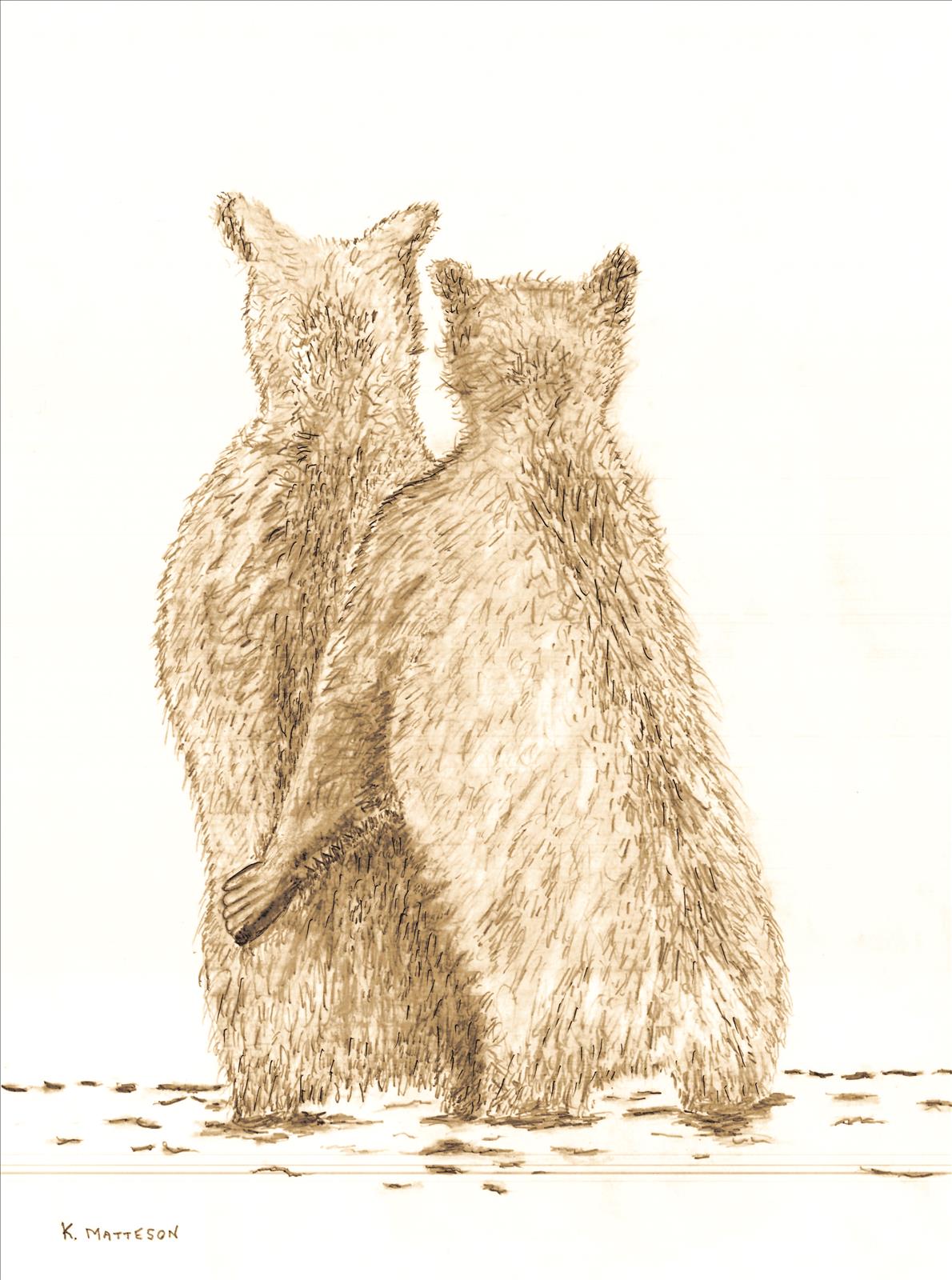