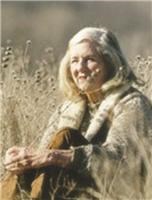 BORN
1919
DIED
2014
FUNERAL HOME
Greenwood Memorial Park
4300 Imperial Ave
San Diego, CA
Ruth May of Dallas, TX, formerly of La Jolla, passed away June 1, 2014, in Dallas.
Ruth, known as "Bumps" to her friends, led a long and fruitful life. She was born March 13, 1919, in Dallas.
She was preceded in death by her husband, Lewis L. May Jr.; her parents, Ruth Holmes and Alfred O. Andersson, the founder and publisher of the Dallas Dispatch; and her siblings, Alfred C. Andersson and Alice "Polly" Hudnall. She is survived by three sons, a daughter, and nine grandchildren.
Ruth was an alumna of The Hockaday School of Dallas and Scripps College of Claremont. Her interest in art was sparked by Professor Millard Sheets at Scripps College and carried through her life. She was president of the Ski Club.
Beginning in WWII, where she served in the Weather Bureau and met her husband, she had a lifelong interest in aviation and remote destinations. The aviation author, Patrick Dean, noted her great knowledge and experience with transport airplanes and attributes her contributions in his work. Gemstones and minerals became an interest, in which she received recognition as a Gemologist from the Gemological Institute of America. She was an early conservationist. Many years ago in Dallas, she adopted a portion of Harry S. Moss Park, restoring it to its original native grassland state. Her botanical watercolors of Texas wildflowers may be recognized by her distinctive signature embracing her initials in a ram's head.
Ruth was a member of the Botanical Research Institute of Texas, the Lady Bird Johnson Wildflower Center, the Gemological Institute of America, the Texas chapter of the Colonial Dames of America, both the Founders Garden Club and Dallas Garden Club, and the Dallas Country Club. She was instrumental with the Scripps College Press which publishes literary works. She graced the Cove at La Jolla with her presence at every opportunity, expressing her love of the unique community and the Pacific Ocean.
Interment will occur on September 6, 2014, at 11am at Greenwood Memorial Park in San Diego, California.
In lieu of flowers, a memorial may be sent to the Botanical Research Institute of Texas, 1700 University Dr., Fort Worth, TX 76107, or to the Lady Bird Johnson Wildflower Center, 4801 La Crosse Ave, Austin, TX 78739.
Published by La Jolla Light on Aug. 28, 2014.
To plant trees in memory, please visit the Sympathy Store.
MEMORIAL EVENTS
Sep
6
Interment
11:00a.m.
Greenwood Memorial Park
4300 Imperial Ave, San Diego, CA
Funeral services provided by:
Greenwood Memorial Park
MAKE A DONATION
MEMORIES & CONDOLENCES
Sponsored by Greenwood Memorial Park.
2 Entries
I am very sorry for your loss. May you find comfort in God during this sad time. "Draw close to God and he will draw close to you." (James 2:8)
September 5, 2014
Aunt Ruth, or "Bumpsy" as she was called by her sister Alice Hudnall and known to me, was the granddaughter of Jacob Chandler Harper, La Jolla's "most beloved Citizen" in 1921 and attorney, closest advisor and confidante to La Jolla philanthropist Ellen Browning Scripps.

Ruth occupied the old Harper Residence in La Jolla on many occasions throughout her life, and when the issue of an unusual harbor seal rookery at Casa Beach in La Jolla arose, she showed her deep environmental understanding by speaking up for the seal rookery at a time when most La Jollans did not grasp the benefits of an intact ecosystem.
James Hudnall
September 4, 2014
Showing 1 - 2 of 2 results