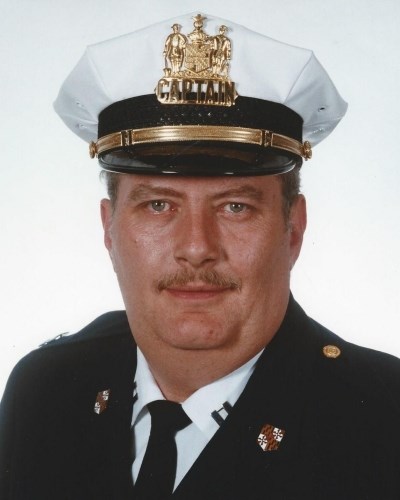 Kenneth Jon Anderson, 71 years old of Antioch, IL, passed away Friday, August 28, 2015 at Advocate Condell Medical Center, Libertyville, IL. He was born June 13, 1944 in Waukegan, IL, the son of the late Elroy and Dorothy Thelma (Turner) Anderson. Ken served in the United States Air Force during the Vietnam War and he served on the Baltimore, Maryland Police Department for twenty-three years from 1969-1992, retiring as Captain of the Police Department. Ken is survived by his loving partner in life of over 25 years, Karen Pino; his children, Beau, Karen, Donna, and Robin; a grandchild, Kasey; a great-grandchild, Landon; Edna Rogers, whom he loved as his own mother; and many, many friends. Funeral Arrangements were entrusted to the STRANG FUNERAL HOME OF ANTIOCH, 1055 Main Street (Rte. 83) Antioch, IL 60002. Interment is private. Please sign the online guestbook for Kenneth at www.strangfh.com.
Published by News Sun on Sep. 3, 2015.
To plant trees in memory, please visit the Sympathy Store.
MEMORIAL EVENTS
To offer your sympathy during this difficult time, you can now have memorial trees planted in a National Forest in memory of your loved one.
Funeral services provided by:
Strang Funeral Home of Antioch
MAKE A DONATION
MEMORIES & CONDOLENCES
1 Entry
Donna Taylor
September 28, 2015
Showing 1 - 1 of 1 results