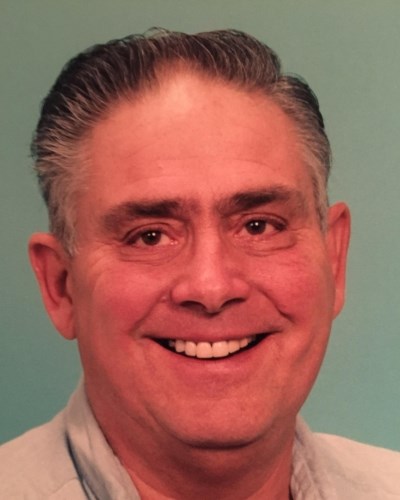 BORN
1941
DIED
2015
FUNERAL HOME
Marsh Funeral Home
305 N Cemetery Rd
Gurnee, IL
Theodore Carl "Papa Ted" Richter, 74, went to be with the Lord on October 4, 2015. He died at Advocate Condell Hospital from natural causes. He was surrounded by loving family members. Ted was born on February 7, 1941 and grew up in North Chicago, IL. He graduated form North Chicago High School in 1960 where he excelled in football and wrestling. This is when his passion for cars began. In his younger years, he volunteered for the North Chicago Fire Department. He owned Lakeland Bus Lines for many years. For the past 25 years, he has owned JR's Wrecker Services in Waukegan, IL. He was a man who lived life to the fullest; he worked hard, played hard and had a generous heart. His passions were hunting, racing snowmobiling, and four wheeling. But most of all, collecting, racing, and working on cars. At Waukegan Speedway he became known as the "Flying Fatman" and was the 1974 track champion. Following that, he became a proud sponsor and driver at the Lake County Fair Demolition Derby for over 20 years. In his later years, his favorite place was his lakehouse in Stephenson, Michigan where he spent time with family, friends, and most importantly, his grandkids. He is preceded in death by parents, William and Genevieve (nee O'Dette) Richter and his brother, William Richter, Jr. He is survived by his children, Kellie (Jeff) Indlecoffer, Ted (Susan) Richter, Jodi (Jim) Bacon, Cindy Richter, and Chris (Brandy) Spaulding. He was the proud grandfather of Johnny, Sarah, and Leah Indlecoffer, Kent, Kevin, and Brett Richter, Lanie and Lindy Bacon, Emma, Alli, and Chase Spaulding. Fiancee Marge Balicki and her children, Tom and Margie. Long-time friend of the late Don "Bumpa" Herson, Keith Borg, Pat Barbee, and Mike Shauer. Visitation will be held on Friday, October 9, 2015 from 5 to 9pm and Saturday from 9 to 10am with a service following at 10am at Marsh Funeral Home. Burial a Warren Cemetery and luncheon to follow at Immanuel Church.

To plant trees in memory, please visit our Sympathy Store.
Published by News Sun from Oct. 7 to Oct. 8, 2015.
MEMORIAL EVENTS
Oct
9
Visitation
5:00p.m. - 9:00p.m.
Marsh Funeral Home
305 N Cemetery Rd, Gurnee, IL
Oct
10
Memorial Gathering
Immanuel Church
, IL
Oct
10
Visitation
9:00a.m. - 10:00a.m.
Marsh Funeral Home
305 N Cemetery Rd, Gurnee, IL
Oct
10
Service
10:00a.m.
Marsh Funeral Home
305 N Cemetery Rd, Gurnee, IL
Oct
10
Burial
Warren Cemetery
, IL
Funeral services provided by:
Marsh Funeral Home
MAKE A DONATION
MEMORIES & CONDOLENCES
14 Entries
Dear Family of Ted Richter, I am Alyce Hale, daughter of Catherine O'Dette and first cousin to Ted. I would like to offer the deepest condolences and prayers from all of my family. Our family did not find out about your loss until last Monday. The last time that I seen Ted was at Harry Olson's funeral. No one knows when God will call us home. That being said, we must all have a right relationship with God the Father, through Jesus Christ the Son. When this condition is met, then we are guaranteed to be united with our loved ones again one day forever and forever. God bless you all, Alyce Hale and children: Donald T. O'Malley II, Tommy E. Hale II and Christy Hale Nieto.
Alyce Hale
October 14, 2015
Dear Family of Ted Richter;

I am sorry to hear of the passing of your father, Ted. I am Ted's first cousin from Barney and Helen O' Dette. The last time I saw Ted was at his first wedding. We lost contact after that. My prayers are with you all.

Donna Mae (O'Dette) Krempely
Donna Krempely
October 12, 2015
So sorry to hear of Teddy's passing. He was a wonderful man and a great friend. My sympathy to the family.

Judy Machak and in spirit "Rodeo Joe"
October 8, 2015
Just saw obit and memories of Teddy came flooding back of a man that lived down the block, in so many ways he was truly larger than life...Teddy was good man, a family man, and a hardworking man, very hardworking... he was first a mechanic at Lakeland Bus Lines before buying it out, 100 hour work weeks, lots of grease, late night bookkeeping and managing tons of employees and accounts, he was truly a Horatio Algiers story and will be missed by my family as a good friend...
Christian Miller
October 8, 2015
Sorry to hear of Teddy's passing, he will be missed at all the car shows. Sympathy to his family.
Bill and Joan Marsh
October 7, 2015
Sorry to hear Teddy is no longer with us. We'll miss seeing him around. Sympathy to all of you
Mike Mobile
October 7, 2015
So sorry to hear of T.R.s passing my condolences to his family. Knew Teddy in high school, so much fun, he always had a smile on his face. Thanks for the sweet memories Ted.
Bunny Zradicka Lutter Mills
October 7, 2015
So sorry to learn about Ted's passing. I knew Teddy from NCCHS. He was a classmate of my sister, Lucy. Rest in peace, Teddy.
Janet Nelson (nee Katalinich)
October 7, 2015
My most sincere sympathy to Ted's family. Been many years since I last saw him.

His brother, Bill, was in my class at NCCHS.
Theresa (Krause) Anderko
October 7, 2015
Sorry to hear about Teddy. He gave me and my girls, Cindi and Patti Don quite a few magic moments. Chris Brown
Christine brown
October 7, 2015
CHRISTINE BROWN
October 7, 2015
Teddy and my brother Danny Hunnicutt Guyot were classmates at North Chicago High School. Teddy said he bought one
of his first cars(in High School) from my brother that he loved. He would always ask me how was Danny doing, he was living in Denver, CO, he passed away and when I told Teddy he was sad that he had not talked to him in a while. They are together now, and I can be sure they are having a ball like in High School. Teddy we will miss you a lot, you were a great guy and friend. So sorry for the family
Pat and Fred (Guyot) Gust
October 7, 2015
Jodie, Chris, Lanie and the rest of the family, so sorry to hear the passing of Ted! What a great guy!

Debbie (Dr. Stanuch's)
October 7, 2015
So sorry to hear about Ted's passing. He was a wonderful man. He meant so much to my Aunt Pat. It was an honor to know him. Praying for you, your family and all his friends in this difficult time.
Kimberly Stringer
October 7, 2015
Showing 1 - 14 of 14 results