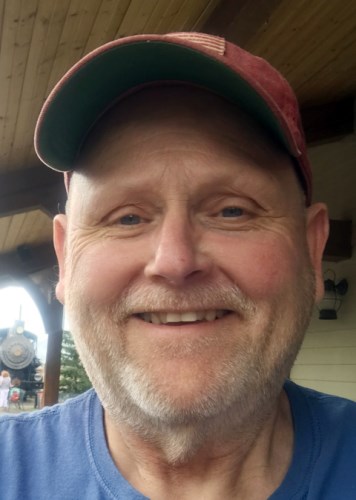 SUN PRAIRIE - David E. Smith, 69, of Sun Prairie and Williams Bay, WI, passed away peacefully on October 8 and was surrounded by his wife and daughter.

David is a Florida native and grew up in Indiana; however, Wisconsin was his home. It is where he met his wife, Nancy, nearly 50 years ago and where they made a life and raised their daughter, Claire, after gallivanting across the country to call California home for nearly a decade in the 70's and early 80's.

David will be missed dearly by all who have met him and especially his friends, brothers, extended family, son-in-law, granddaughter, daughter, and wife. He was a natural leader and worked to bring out the best in everyone as well as make them laugh.

There are few who could rival his ability to keep a conversation going and there isn't a person he met that he didn't take a few (or many) moments to chat with. He was also a jokester who couldn't resist the urge to throw out a one liner or a little BS- even until the very end. Most of all, he will be remembered for being an incredible father, grandfather, husband, brother, and friend to many. He always took time for those that mattered most to him - even when it was the middle of golf season.

David was incredibly private, especially with matters related to his health, and did not share with a lot of people that he was diagnosed with esophageal cancer in mid-August. He was hopeful that he would be able to fight through treatment and he would have more time to spend with his family and friends but that just wasn't in the cards.

David was preceded in death by his mother Betty Smith; father Archie Kinzer; mother-in-law Verna Clement; and father-in-law Clayton Clement. He is survived by his daughter and son-in-law Claire and Steve Yunker, granddaughter Betsy Ann Yunker, brothers and sister-in-law: Jay Smith, Michael Smith, and Judy Doyle; and numerous members of his extended family.

In keeping David's wishes, his family will not be having a service, visitation, or memorial. If you wish to honor his memory, please consider donating to Agrace HospiceCare in Madison as they provided him the best care over the last few weeks and tremendous support to his wife and daughter.

David - you will always be remembered by your friends and family and especially when they admire a well-kept lawn or beautiful flowers, tell a joke or weave a little BS into the conversation, hear Red Dirt Texas Country Music, take a long bike ride, or eat a really good meal.

Published by Lake Geneva Regional News on Oct. 13, 2021.
To plant trees in memory, please visit the Sympathy Store.
MEMORIAL EVENTS
To offer your sympathy during this difficult time, you can now have memorial trees planted in a National Forest in memory of your loved one.
Funeral services provided by:
Tuschen-Newcomer Funeral Home
MAKE A DONATION
MEMORIES & CONDOLENCES
Sponsored by Tuschen-Newcomer Funeral Home.
5 Entries
David garnered great respect by colleagues, employees and others who had the privilege of knowing him . Always the "go to" guy for information on a turf grass problem or horticultural issue. I was very saddened today to learn of his passing. My heart goes out to Nancy and Claire and in a small way I share their tremendous loss!
Douglass Yadon
Friend
October 17, 2021
You´ll be missed. Rest well, brother & mentor.
Patrick Dufer
October 17, 2021
I became acquainted with David as a unit owner at Abbey Springs. Over time I learned how dedicated he was to the development and success of the place and remember being told, "he knows every plant or tree in the place." He worked well with the staff and unit owners to make it what it is today. We will forever be indebted to him. He has been missed since retirement and I regret he will not be able to see the golf course renovations currently underway come to completion next spring. He certainly put up with the inadequacies through the years. May he rest in peace.
Linda Kelley
October 17, 2021
To Nancy and David's Family. In my 9 years of working with David at Abbey Springs I could always count on David to accomplish any task set before him with a smile, a laugh and dedication to not only the golf course but the unit owners with whom he dealt with. We both retired from Abbey Springs within a year of each other and when we would see each other he was always excited to drive the limo but so happy with your grand daughter that he was bursting with pride. He will be in my prayers and I will always smile when I think of him and the time we spent together. Very sorry for your loss.
Jerry and Leigh Mortier
Work
October 14, 2021
we're so sad to lose such a funderful human being----Dave will be missed greatly. rest in peace dear friend.
"KK" & Doug Mohr
Friend
October 13, 2021
Showing 1 - 5 of 5 results