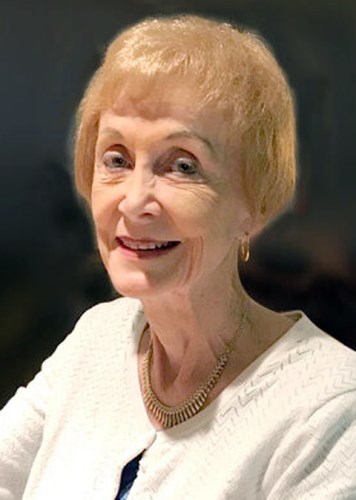 PALM BAY, FL - So go ahead and give her the credit that is due, for she has become a radiant woman, and all her loving works of righteousness deserve to be admired at the gateways of every city! Proverbs 31:31 TPT Palm Bay, FL – Enid Ethel (Fish, Carper) Kinney, of Palm Bay, FL, entered Eternal Life on Tuesday, September 28, 2021.

Enid's life has been a long, blessed, beautiful one. She was born on April 8, 1933 in Lake Geneva, WI, the daughter of the late Raymond John and Marjorie Enid (Fuller) Fish. Enid and her nine siblings were raised on a large dairy farm in Elkhorn, WI, the source of her many wonderful, lifetime memories. Enid's family always delighted in hearing her recount numerous childhood stories which always included questions like, "Weren't our parents wonderful? Do you remember always being at church? What did you think of milking all those cows? Wasn't our life grand?" Each question we delighted to answer matching her memories and Enid giggled and laughed at how wonderful her life was.

On July 2, 1952, Enid was united in marriage to Thomas Wayne Kinney at the Submarine Base Chapel in Pearl Harbor, HI where Tom served the Navy during the Korean War. After serving, the Kinneys returned to Wisconsin where Tom graduated from the University of Wisconsin. Tom and Enid had two children, Marcie and Mike. Enid stayed home during the early years of their children's lives while Tom worked for General Electric. Tom, Enid, Marcie and Mike all moved to South Brevard in 1967 when the Kinneys both joined Radiation Corporation. Enid began working at Radiation as a Secretary, then later transferred to Contracts where she rose to the rank of Contracts Administrator.

During the 1980s while working fulltime at Harris, Enid earned her Bachelor's Degree from Barry University at night. Tom and Enid were avid bridge players and enjoyed travelling the world with friends. They lived beachside in the Rivershores neighborhood until 1981 when they decided to "move back to the country" and lived in Valkaria. Tom Kinney died on June 18, 1992. The Kinneys were blessed with 40 full years of marriage. Several years after Tom's passing, Enid was married to Walter Carper. Throughout their marriage, Enid and Walt enjoyed worshipping at St. Joseph's Catholic Church and playing in a variety of bridge groups.

The family would like to extend appreciation to Palm Bay Memory Care, the William Childs Hospice Center and the many other medical professionals who all provided excellent, long-term, loving medical care for Enid.

Enid's life will be celebrated on Saturday, October 30, 2021 at Fountainhead Funeral Home. Visitation will be from 12:30 to 1:30 p.m. The Celebration of Life service will begin at 1:30 p.m., with burial to follow. All guests are welcomed at Theo and Marcie Adkins' home for a reception after the burial.

Memorial gifts may be directed to the Altzheimer's Foundation of America (alzfdn.org) or The House of Palm Bay (TheHousePalmBay.org). Online guestbook is at www.FountainheadFuneralHome.com. Arrangements completed by Fountainhead Funeral Home.

Published by Lake Geneva Regional News on Oct. 13, 2021.
To plant trees in memory, please visit the Sympathy Store.
MEMORIAL EVENTS
Oct
30
Funeral service
1:30p.m.
Fountainhead Funeral Home
7359 Babcock Street SE, Palm Bay, FL
Funeral services provided by:
Fountainhead Funeral Home
MAKE A DONATION
MEMORIES & CONDOLENCES
Sponsored by Fountainhead Funeral Home.
1 Entry
Enid was the Director's Secretary in Contracts when I was hired as a Secretary at Radiation in 1973. I will always remember her as being the ultimate professional woman who had such a bright smile and a twinkle in her eye. She was as sweet as she was kind. I know it is heartbreaking for her family to lose her; may she rest in peace.
Susan (Engel, Kornbluh) Hartlieb
Work
October 21, 2021
Showing 1 - 1 of 1 results