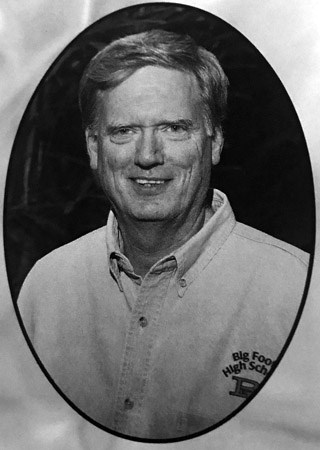 Richard Alvin Baker, age 74, died in his home in Woodstock, IL, on the morning of May 27, 2021. Dick was born in Mineral Point, WI, on November 23, 1946, son of Al and Ginny Baker, brother to Donna and Jerry. After graduating from Janesville High School, he earned a bachelor's degree in mathematics from the University of Wisconsin-Whitewater and a master's degree in education from Western Michigan University.

In 1968, Dick began a 40-year career at Big Foot High School in Walworth, WI, where he taught math and English; coached the baseball, basketball, and math teams; and supervised several clubs and activities. He was a brilliant educator, known and loved not only for his commitment to the students in his classroom and the athletes on his teams, but also for his wonderful sense of humor. In the hallways of Big Foot High School, Dick's stories and one-liners were the stuff of legend.

His baseball teams won conference, regional, and sectional championships, including a trip to the WIAA state tournament in 1983.

At a picnic in 1978, he met Roxanne. They fell in love and were married on September 22, 1979. They built a home and a family that were both full of love, and their four boys--Andy, Alex, Joe, and Sam--were his pride and joy. His spirit of kindness and generosity lives on in them.

Dick was dedicated to the service of others in the Walworth community. He attended Immanuel United Church of Christ, where he served as moderator and taught Sunday School. He coached Pony and Legion baseball teams in the summer and ran Saturday morning basketball clinics in the winter. He was honored for his civic and professional work as the Geneva Lakes Area Citizen of the Year, the Rock Valley Conference Coach of the Year, and a recipient of both the National Science Foundation Fellowship and the Herb Kohl Teacher Fellowship.

Dick loved baseball, golf, and poker. He enjoyed listening to country music, drinking Southern Comfort, and planning road trips with Rox. He was a lover of peace and quiet, which he often found at his cabin "up north." He spent his final years traveling and enjoying the company of his children and grandchildren. During his final months, he fought a courageous battle with late-stage Crohn's disease, and in his final days, he rested comfortably, surrounded by the love of family and close friends. He remained a model of strength and dignity through it all.

He was preceded in death by his parents; his in-laws Howard and Evelyn Lambert; his brothers-in-law: Larry Turpen, Curt Waarvik and Mike Nachreiner; and his sister-in-law Pam Waarvik.

A funeral service will be held at 4:00 p.m. on Monday, June 7, 2021, at The Abbey Resort & Spa, 269 Fontana Blvd., Fontana, WI, 53125. The Rev. Steve Buchanan will officiate. A catered reception and visitation will follow the service from 5:00-8:00 p.m. All are welcome at either or both events. In lieu of flowers, please consider a donation to the Dick and Roxy Baker Scholarship Foundation at Big Foot High School.

For more information visit www.ToyntonFuneralHome.com or call the funeral home at 262-275-2171.