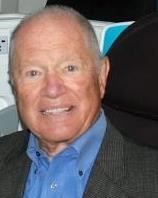 February 4, 1939 - June 29, 2019 Alan Barrett Wayne lost a fierce and courageous battle against cancer on June 29, 2019 at his home in La Quinta, CA with his wife, Gail, the love of his life, by his side. He was 80 years old.Alan was born February 4, 1939 in Boston, MA, the son of George and Elizabeth Wayne. He leaves a sister Myrna of Burke, VA (Paul), two nephews Dan (Pamela) and Jonathan (Rachel) and six great nephews and nieces, Jordon, Brady, Bridget, Esther, Sarah Ayelet and Talia.Alan graduated from Brookline, MA high school and earned a Bachelor of Arts degree from Bates College and a Master of Science degree in Communication from Boston University. He served in the Air Force Reserve and began his career in Journalism as a reporter for the Boston Herald and Waltham News Tribune before joining United Press International in Boston.But the airline industry beckoned, and in 1965 Alan joined United Airlines' Public Relations Department in Chicago, launching what was to become a 39 year career with assignments in New York City as Director of Corporate Communications for the Eastern Division for some 12 years. He had a brief foray in a similar role for Sikorsky Aircraft in Stratford, CT before rejoining United Airlines in 1980 as Director of Governmental Affairs based in Los Angeles.Alan's role as lobbyist representing United and all the airlines, led to a memorable LAX Board of Airport Commission meeting where he met Gail. That assignment set up a great career directing the airline's legislative activities involving tax, labor, personnel, operations and regulations before state and local elected and appointed officials for a nine-state region across the West, including Alaska and Hawaii. It was a demanding assignment given the airlines impact and profile throughout the western states. Complimenting that position, Alan served on the Board of Directors of the San Francisco Chamber of Commerce, the Los Angeles Area Chamber of Commerce, Aero Club of Southern California, Los Angeles Flight Path Museum, the Los Angeles Economic Development Corporation, the Association of Washington Business, and the California International Relations Foundation. He was also a member of the California Chamber of Commerce's Advocacy Council and for more than 25 years served as legislative coordinator in California for the Air Transport Association (ATA), the industry's trade group. Along the way he met Presidents, U.S. Senators, Congressmen, Governors, Mayors and many Legislators.In addition to Alan's illustrious career with the airlines, he served for almost 40 years as a stringer for UPI and later the Associated Press covering college and professional football games.Alan and Gail were married in Palos Verdes, CA in a ceremony overlooking the Pacific Ocean and Santa Monica Bay, and spent their wedding night on a TWA 747 flight bound for London. Santa Monica Bay became a constant in their lives thanks to a 25-foot sloop, the "Tailwind" that they sailed for some 26 years crisscrossing that Bay in addition to enjoying many sailing trips with friends to the U.S. and British Virgin Islands. They were both avid skiers.As the world opened up, they enjoyed traveling to visit many places in Europe, the Far East, North America and Canada. Some 75 photo albums attest to the making of all those beautiful memories.Alan retired from United Airlines in 2006 after more than 39 years and after living at the beach in Marina del Rey for more than 25 years, Alan and Gail relocated to La Quinta, CA in 2010 where Gail continued her accomplished career in residential real estate. Alan said he feared death, but for some reason after a life of no serious illness, he approached the final challenge with a sense of acceptance buoyed by having lived a great life, with a wonderful wife, achieving many personal and business successes along the way.Think of Alan with a smile. He will miss Gail. He will miss his family, friends, and all of the people who impacted and allowed him to enjoy such a full and rich life.If you can, drink a martini in Alan's memory knowing he will be with you in spirit.
To plant trees in memory, please visit our Sympathy Store.
Published by Los Angeles Times on Jul. 7, 2019.
MEMORIAL EVENTS
No memorial events are currently scheduled.
To offer your sympathy during this difficult time, you can now have memorial trees planted in a National Forest in memory of your loved one.
MEMORIES & CONDOLENCES
19 Entries
What a picture ... Sweet Alan surrounded by his Manhattan Beach Tribe! The Photos say it All ... a Rock Star in our magical 1980s Beach Life as Alan became the most endearing backup roommate with Gail + Shirley & Ash! There are so many laughable yet memorable moments at home, in the Village, on Sandy Beaches AND as rookie Crew aboard his coveted 26ft Sloop ... will never forget our Marina Del Rey Twilight Sails with each culminating in a mandatory thorough Sloop detail I.e toothbrush clean! Sadly, the adventurous Final Chapter of a Life well-lived has come to a close tho Only after impressive, successful, inspiring & exciting E-Ticket rides during 80 fulfilling years! Our greatest Gifts are tied with Heartstrings... & a Heart remembers most what it has Loved Best ... an extraordinary Man, Son, irreplaceable Husband, cherished Friend & esteemed UAL Colleague! Love U Gail! ♥ Heartfelt Hugs...
Ash Roberts
Friend
August 5, 2019 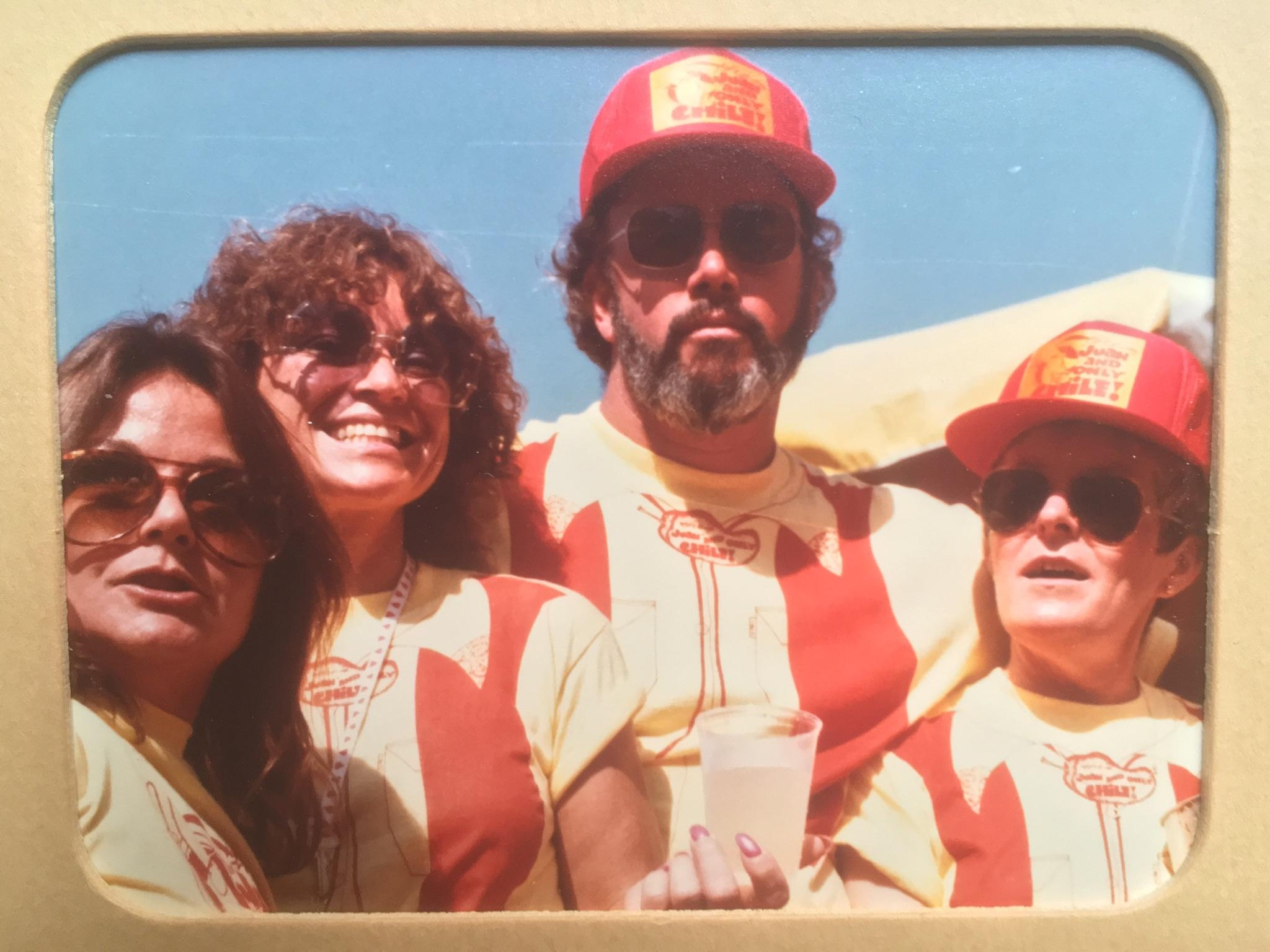 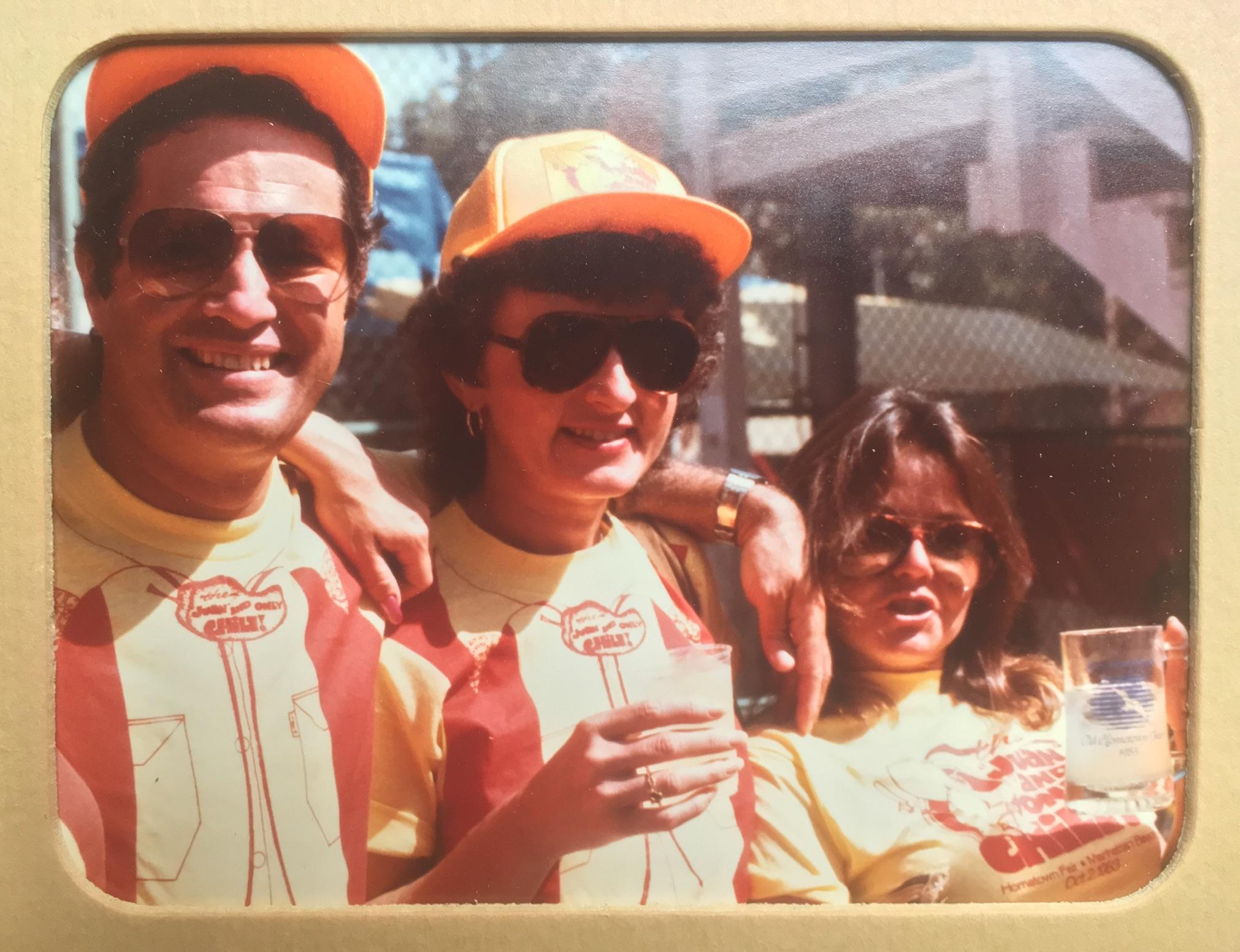 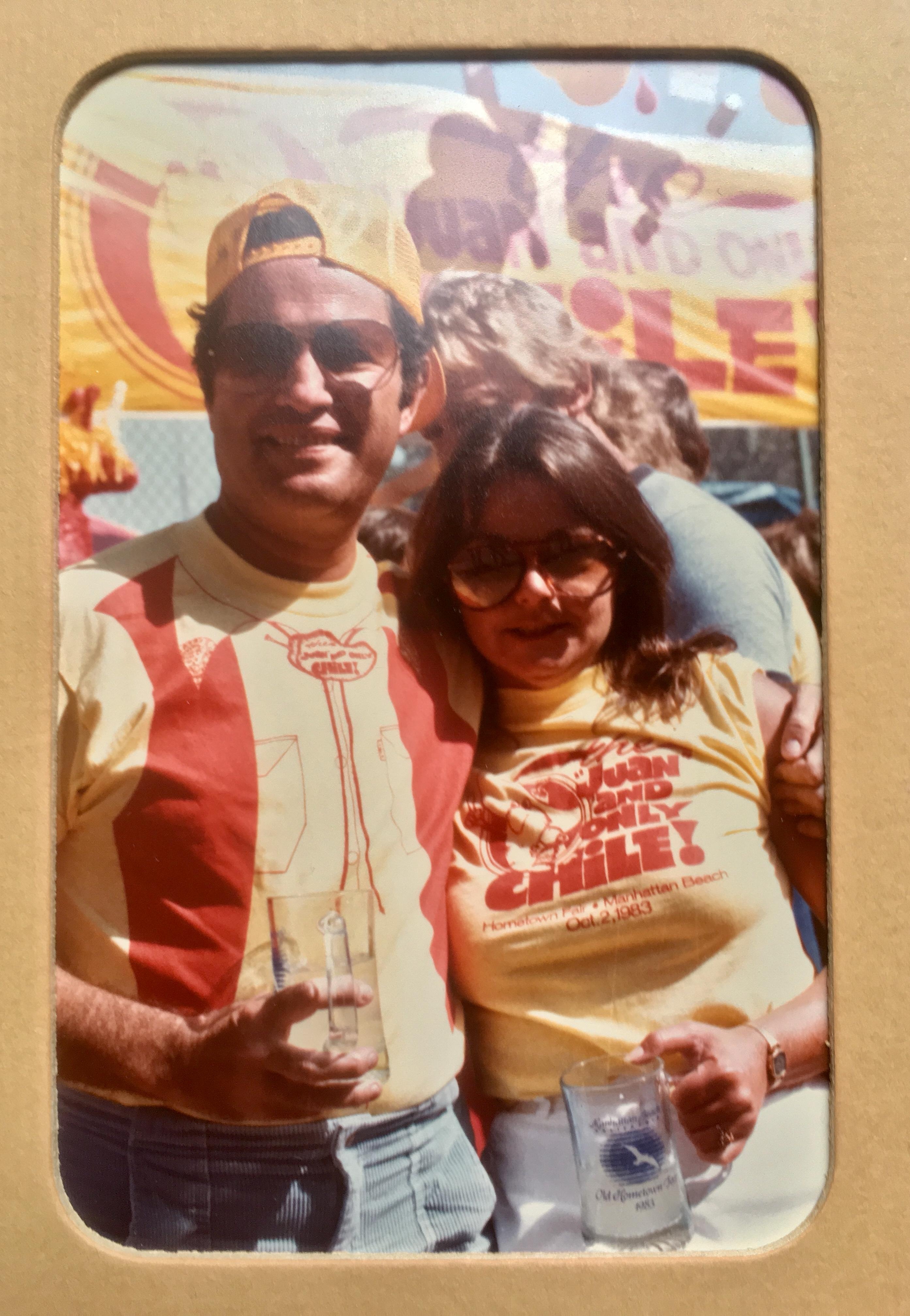 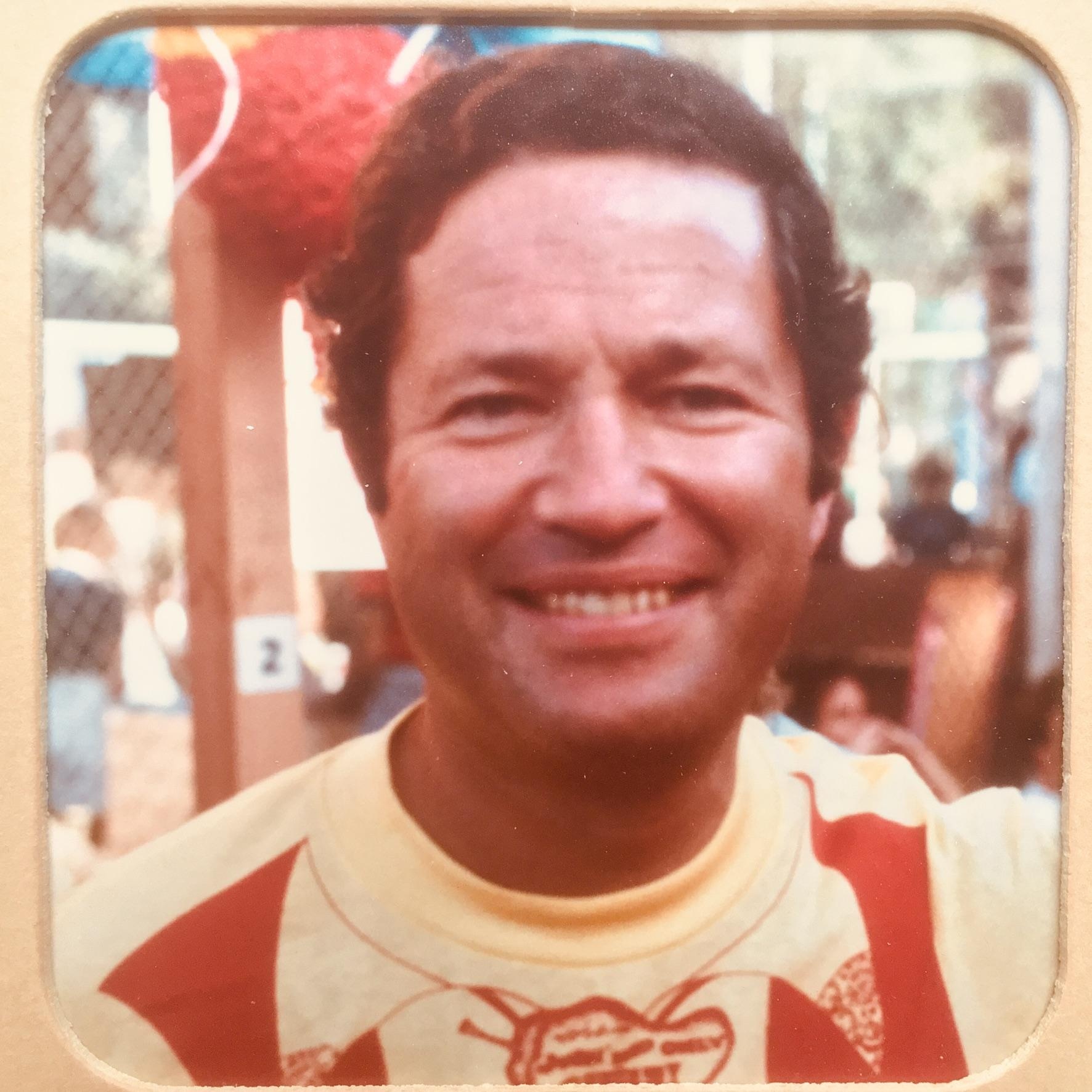 Ash Roberts
August 5, 2019
Today we adjourned the Flight Path Museum Board of Directors meeting in memory of Alan. He served our board well and in retirement he served on our advisory board. We always enjoyed his take on the state of the airline industry. When he moved to the desert, he sent an email report of the industry which Nissen Davis read to the board.

As Gala chairman, I always remember his ask of all Gala chairs- has the invitation to the LAWA CEO been sent? Yes, it has- Deborah Flint will be our keynote speaker!

We will miss you Alan! Hugs to Gail and your family.
Robert Acherman
July 23, 2019
My deepest condolences to your family for the loss of your love one. May your cherished memories created, brighten your days and help sustain you at this time. John 6:40 gives much comfort by looking forward to Jesus promise of seeing your love one again.

Shelia
July 10, 2019
My deepest condolences to your family for the loss of your love one. May your cherished memories created, brighten your days and help sustain you at this time. John 6:40 gives much comfort by looking forward to Jesus promise of seeing your love one again.

Shelia
July 10, 2019
Alan was truly one of a kind. Knew him from NY in the early 70's and again in LA when we had offices next to one another. The Sales Region adopted Alan as one of our own!! Due to his past we at first called him "Scoop Wayne> Once we were all caught up in the Wayne Tornado he became "The Center of The Universe" because nothing was more important than what was his focus!!! Loved sailing with him on his 26ft sloop and enjoyed it more when my 43 footer was taking his wind. He loved the "tailwind" so much he regularly sent his mother pictures of her. Alan's mother once told him to stop sending boat pictures... "It doesn't ever change!". He did. He was always the source of enormous energy and I will miss his candid opinion on any subject.

Mike Houghton
San Miguel de Allende, MX
July 9, 2019
For the entire Bates College Class of 1960 we remember Alan with great affection and consider him as a blessing to all of us. His warm, cheerful, and energetic spirit was uplifting to all of us. He did a tremendous job as Sports Editor for the college newspaper. Our very best to Gail and family.
Pete Skelley, Class President
Pete Skelley
July 9, 2019
We were fortunate to enjoy several decades of friendship with Alan and Gail. First through United Airlines and more recently as we lived nearby each other in La Quinta. We have had wonderful times and much laughter together. Alan is irreplaceable as a friend and we will miss him. Simply put, there is no one like Alan.

Tonight, we will say "cheers to Alan and drink a martini up" in his honor. That's what he wanted.

Patti and Dan Carson
Patti Carson
Friend
July 8, 2019
We had several wonderful martinis in honor of my favorite "uncle". Remembering the great times, laughs and lessons. Buoyed by the knowing that you and my dad (Philip Golbitz) are lifting a few together now.
Amy Golbitz
July 8, 2019
Alan was a great man to work with. I was an attorney in United's tax department and Alan more than ably directed us through our lobbying and legislative efforts. I spend my winters in Palm Springs and wish I knew that he was so close.
Harve Tucker
July 8, 2019
I'll drink a toast to the greatest Sports Editor the Brookline High School newspaper The Sagamore ever had. On the Sidelines...with Alan Wayne was the gold standard in high school newspaper sports commentary.

Alan, we will miss you big time.
Dick Hubert
July 7, 2019
Alan and I were classmates at Bates College class of 1960. I attended a mini-reunion several years and Since that event, I got to know Alan a lot better. He visited with me at the A's spring training facility in Phoenix, Arizona. We had a wonderful dinner with Alan and another classmate, Ken Russell. Saw Alan several times at Bates College football games. He lived in Los Angeles and was fortunate to meet with several times when I was in the area. Alan had a wicked sense of humor and when he laughed, everyone knew it was Alan. Highly intelligent, well-spoken. I cherish my friendship with him and he will be missed by me and all who knew him.
Jerry Feitelberg
Classmate
July 7, 2019
Alan was one of my best friends for 56 years since we
first met -- while working for United airlines in Chicago.
Numerous times together, with the airline, -- two SuperBowls, NFL championship,covering college football games, skiing at Sun Valley. He will be missed.

Jim Ramsey
Sandpoint, ID
July 7, 2019
Alan, a man full of life and a true friend. He made o mark on everything he touched. His love for sports was unmatched.

His departure will leave a big hole in the lives of his many friends. Few will be missed as much as Alan. 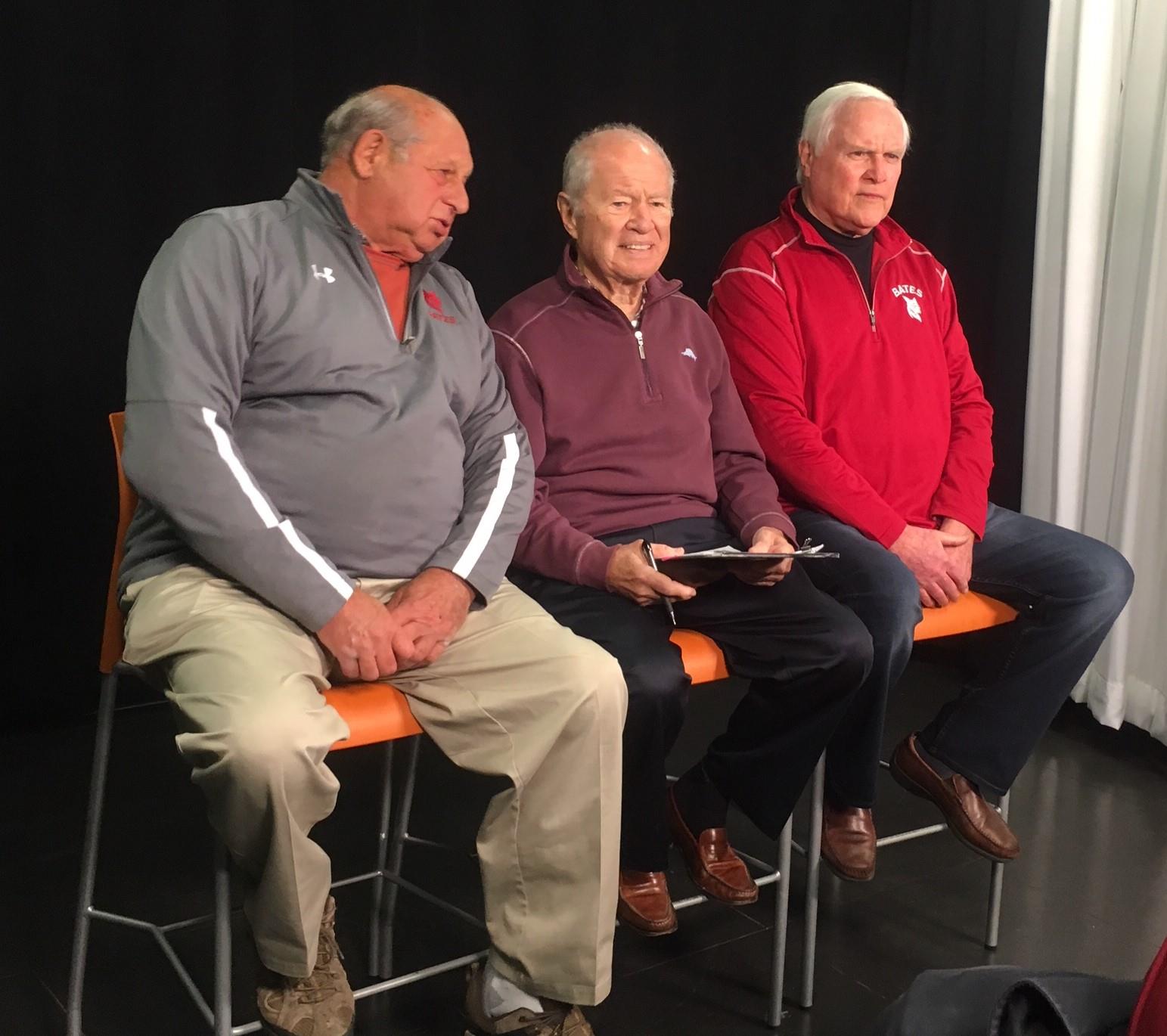 Among many great memories, I will always cherish our constant exchanges of email and telephone calls during each Saturday during the Bates College football season as we would watch the Bobcats live stream and share the ups and downs of the football team. Alan was someone who shared my passion for Bates football. I don't know what I am going to do this fall without him to commiserate with. For this and other reasons, Alan will be irreplaceable in my life.
Ira Waldman
July 5, 2019
Showing 1 - 19 of 19 results