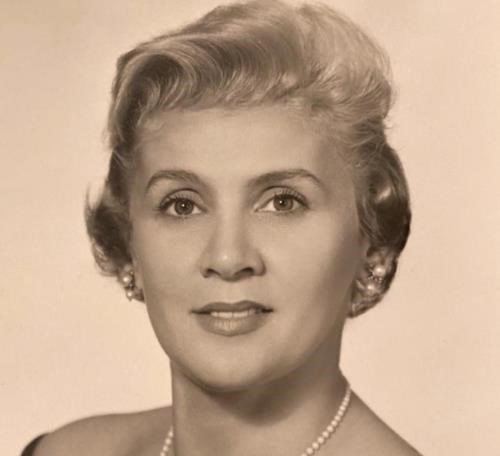 BORN
1924
DIED
2021
November 4, 1924 - June 1, 2021 Antoinette Josephine "Bunny" Hertzberg, 96, died peacefully in her home with husband Dr. Tony Ramu at her side. Bunny was adopted by Wisconsin natives Lyle and Henry Taussig. Tragically her mother died when Bunny was three, and her revered father passed when Bunny was fourteen. Very close family friends, the Epsteins then raised her as their own and Bunny developed an especially close bond with her brother Marvin.Bunny was a beautiful girl and terrific dancer. She was proud of her service as a Red Cross-trained Candy Striper during WWII (a role she repeated in her 60's at UCLA). Soon after the war she married Marvin's college roommate, a Navy Ensign, Harrison Hertzberg. After Bunny worked at Harvard Coop to assist Harrison through Harvard Law School, the couple headed west in their battered Pontiac for the opportunity of Los Angeles.There Bunny got the large family she dreamt of – five sons. Bunny eschewed the Beverly Hills country club life and instead embraced Country Squire station wagon duty driving her sons to school and the stables, to Scouts, camps, and doctors' offices. One of Bunny's great joys was to dress her boys in Ivy League suits for weekly family night dinners at renowned LA restaurants. More often they could be found eating 19 cent burgers at Scotts on Pico in LA. A growing family required a growing home, and Bunny was always anxious to embark upon another remodel including the installation of four sinks in her boys' bathroom. Coffee percolated daily in Bunny's 50's and 60's household for the parade of carpenters and neighborhood delivery men. She moved to Palm Springs with her children in the late sixties, but returned to Los Angeles a decade later. With all but one kid gone, she decided to pursue the long-delayed college experience at Los Angeles City College. "Bunny was proud to earn that degree," a college friend recounted. Bunny was best known for the near instant affection she could provide and garner from people. "Bunny could like anybody, and everybody liked Bunny," a lifelong friend explained: "White - black - rich – poor, Bunny's heart knew no prejudice."Bunny's large universe of friends reflected her indifference to social status and included car dealers and car mechanics, publishers and the custodian that cleaned their offices, tribal leaders and the newly arrived, chancellors and the less formally educated, and scores of folks she met standing in a line, or sitting across from at a restaurant. After Bunny's first marriage ended in 1981, she found love with UCLA post graduate student Dr. Tony Ramu, with whom she shared devotion for 38 years. "I don't know what I would do without Tony," Bunny often said.Bunny is survived by her husband Tony; her five sons and their partners: Lyle, William and Anna, Robert and Katharine, Gerry, Steven and Angela; and her grandchildren, David, Daniel, Harrison, Michael, Evelyn and Athena Grace; nieces Lynn Glick, and husband Marty, Nancy Evans and husband Art Wolf; and very close relatives, Steven, Andrea, Chloe, Matt and Douglas Gardner. Family will hold a private service. A celebration of life will be scheduled on a future date. Donations can be made to homeless service provider, Downtown Women's Center in lieu of flowers. https://downtownwomenscenter.org/donate
To plant trees in memory, please visit our Sympathy Store.
Published by Los Angeles Times from Jun. 12 to Jun. 13, 2021.
MEMORIAL EVENTS
No memorial events are currently scheduled.
To offer your sympathy during this difficult time, you can now have memorial trees planted in a National Forest in memory of your loved one.
MEMORIES & CONDOLENCES
7 Entries
I met her in 2000 through her son, Assembly Speaker Bob Hertzberg. She was a great lady, full of charm and intelligence!
Patrick Reddy
Acquaintance
June 17, 2021
Both Sheryl and I send our condolences--remember the memories
Dennis & Sheryl Jensen
Friend
June 16, 2021
your mothers spirt lives in you . It’s obvious she was a great person, mother and wife. Her accomplishments are very impressive including raising a family of five. That’s a accomplishment in itself. From my family to yours our condolences Sincerely the Fuchs family
Joseph Fuchs
June 15, 2021
My sincere condolences to the Hertzberg family. I wish that I could have met Bunny. From the read, she was an amazing,strong ,woman. She's your guardian angel now. May the family continue to do great things to make this world a better place.