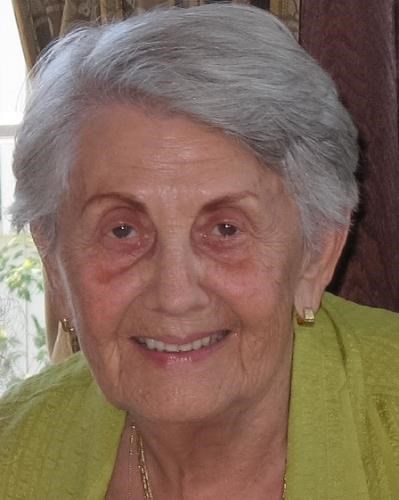 BORN
1921
DIED
2016
May 24, 1921 - May 19, 2016 Dora Medavoy was born on May 24, 1921 in Harbin, China. She was the youngest of 15 children, many of whom remained in Russia while her parents traveled to China. After her father's death in Harbin, they relocated to Shanghai where she met her husband Mike. They had two children. When communists took over China, they moved to Chile where they lived for 10 years. They started life over again in 1957 when they arrived in the U.S. Dora died at home on May 19th with family surrounding her. She is survived by her children, Mike and Irena Medavoy, and Veronica and Larry Dressler; five grandchildren, Brian Medavoy, Nick Medavoy, Jennifer Dressler, and Derek and Ashley (Busuttil) Dressler; and two great-grandchildren, Leo Dressler and Alec Dressler.
To plant trees in memory, please visit our Sympathy Store.
Published by Los Angeles Times on May 26, 2016.
MEMORIAL EVENTS
No memorial events are currently scheduled.
To offer your sympathy during this difficult time, you can now have memorial trees planted in a National Forest in memory of your loved one.
MEMORIES & CONDOLENCES
1 Entry
Mrs. Medavoy was a wonderful woman and friend. She will always be remembered with much love. Our heartfelt sympathy to Morris, Ronnie and their families. Rest in Peace Dora.
Pat & Butch Houle
November 23, 2016