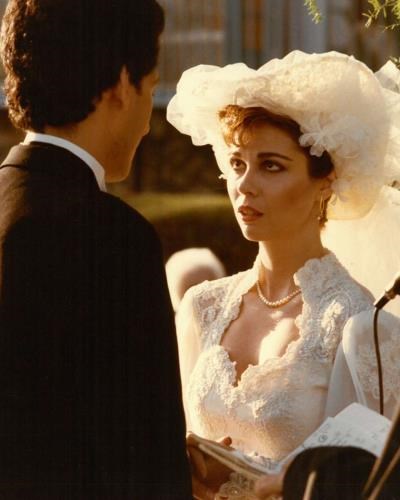 BORN
1953
DIED
2016
October 30, 1953 - March 31, 2016 Eva Lois Easton Leaf born October 30, 1953 in Rochester, New York and died March 31, 2016 in Santa Monica, California. Beloved and devoted daughter of Carleton J. Easton Sr. and Elvira Turri Easton (both deceased). Niece to Rochester's legendary Turri sisters, and goddaughter of Alice and Angelo Schiano, on her mother's side, she was a proud member of Rochester's extended Turri family. Those she most admired, respected and emulated in her father's family included her distinguished uncle, Judge William Easton, and his son, attorney "Billy" Easton. Eva's Roman and DAR heritage informed her world view and shaped her character, and to this day, the fact that her maternal grandmother kept an apartment inside the walls of Rome 'til the day she died, and that an Easton ancestor was a suffragette perhaps made her the fierce Roman/Italian-American that she always was. Like a sister to Erie Street's Pam and Herbie J and all of her other favorite cousins both living and deceased ("Aunt" Rita Tacci, "Cousin" Rita & Billy Valerie, and Carl Tacci.) Best friend of brother-in-law Robert and a loving sister-in-law of Richard and his family. Godmother to Andrew, Arthur, Bria, Daria, and Jennifer. Always more than just a niece or cousin to her beloved "Uncle" Vincent. Fierce advocate of the truth. Believer in "lost causes." She was champion of every fight she took on. The smartest and bravest person we all knew. She always insisted on doing the right thing for the right reason, regardless of the personal cost. Much more than "my better half," she was and will remain my moral compass. She had a laugh like no other. You knew it a mile away. And a razor sharp wit that set everybody straight. A pool of knowledge so deep and wide made her truly "an original thinker." An amazing cook, her sauce and her meals were beyond compare. In heaven, she is being welcomed by so many of her favorite family members --- her parents, her aunts and uncles and cousins. She is undoubtedly already stirring up more than her aunt's sauce. Her great hero Senator Robert F. Kennedy set her course in life: "There are those who look at things the way they are and ask why. I dream of things that never were and ask, 'why not?'" Or, if we were to slightly edit her friend and musical hero, he might have put it, "God only knows what we'll be without her." Rest in peace, pumpkin. I love you the most. David
Published by Los Angeles Times from Apr. 8 to Apr. 10, 2016.
To plant trees in memory, please visit our Sympathy Store.
MEMORIAL EVENTS
To offer your sympathy during this difficult time, you can now have memorial trees planted in a National Forest in memory of your loved one.
MAKE A DONATION
MEMORIES & CONDOLENCES
16 Entries
Dear David, I know it's been forever since we last talked or saw each other. I just found out that sadly Eva passed away. I can't tell you how sorry Richard and I were to hear of this sad news. I'm so grateful that we got to know you and Eva through Eva's Aunt Rita. We still have very fond memories of our visit to your home in Santa Monica and our fun trip to New York to see Brian Wilson at the Beacon Theatre. My brother-in-law Denis Carroll and his wife Sandy were also with us in New York. Denis was with the one who let me know this morning that sadly Eva had passed away. Our sincere sympathies to you and your families. Anne & Richard Carroll
Anne Carroll
October 11, 2017
My name is Mickey O'Brien and have already made note of my condolences for this much loved woman.
A man wrote to me after my note and I lost his number. He wanted to talk with me about Carl Easton.
I hope he will see this and send me his number again. Carl and my Dad were friends and Carl was one of my heroes
Thanks.
Mickey O'Brien
August 12, 2017
David... I just learned of Eva's passing. I am so sorry. All my love to you.
Dorothy Friedmann
Friend
August 10, 2017
I dreamt of you this morning my best and dearest friend in life. I know you are doing God's work in heaven as you did so well here on earth. People simply loved YOU and always will. You have once again bestowed peace & harmony upon my heart & soul by visiting and allowing me to know YOU are okay. Love U always, ~ Barb Cyprus ~
Barb Cyprus
March 11, 2017
'I am lost for words.Truly a great person'
Alan Carpenter
May 17, 2016
Love you forever, Ev...
Herbie J Pilato
April 12, 2016
David,

Evie's great love, generosity, loyalty, strength and courage will be greatly missed along with endless conversation and laughter about "Our House on Erie Street." Prayers and peace to you David for the immense love and dedication you have shown for Eva. God Bless and Love you both.

Rochester, New York
April 11, 2016
Dear David, I was so glad to know your beautiful wife for almost 30 years! My life was a better place with Eva as a friend and co-worker for many of those years. She had such a gift for friendship and comfort. There are many examples of comfort and inspiration that I will never forget from my friend. You however were her soul mate, and that is something that will be with you as long as you carry those beautiful memories with you. Please know that you have my condolences and any help I can offer during these difficult days.
Ellen Kelly
April 11, 2016
This lovely woman was the daughter of our beloved Carl Easton who was chief carpenter at St. Mary's Hospital. He worked with my Dad who was Neil O'Brien, chief of engineering at that time.
Carl was a good man who was kind to me when I was in my growing up years.
Mickey O'Brien
April 10, 2016
Dear David,

Very sorry to hear about Evie.

Brother Carleton J. and Jo Ann Easton
Carleton J.& Jo Ann Easton
April 10, 2016
Dear David, How very sad this news is, of Eva's passing. She and I worked together, roomed together, laughed & cried together. She was such an inspiration to me and to my life, & while mostly we lost track when I left LA,I thought of her often. I know you were (are) her one true love & that family was extremely important in her life. I wish to extend my most sincere sympathies to you & all Eva's family. She will always be in my prayers. Those words could not be more true "God only knows...."
Patty Niger Forest
April 10, 2016
Dear David,

Sorry to hear about Evie.


Carleton J. Easton, Jr. and Jo Ann
( Her Half brother)
April 10, 2016
Rest in Peace, Eva, knowing you loved and were loved as much as humanly possible. Your life with David was an epic love story that will continue forever.
Shelley Ross
April 10, 2016
So sorry for the loss. Although I never got to meet her, I felt how strong a person she was just through the way you spoke and acted.
Rober Fink
April 8, 2016
Dear David,

Please accept our most heartfelt condolences and prayers for Eva. Indeed, her laugh was infectious. It was the first thing I noticed upon meeting her and the one thing I remember most about her, along with her incredible grace an humility.

Much love and comfort to you during this time,