Frank COOPER
COOPER, Frank Born May 21, 1912 Harlem, New York Died January 19, 2012 Encino, CA Natural Causes, 99 years old. Frank Cooper, husband, father, talent agent, and one of Hollywood's living legends, four months short of his 100th birthday, May 21, 1912, passed peacefully into a new dimension on January 19, 2012. He had been married to one woman, his adored Sylvia, a professional sculptor and former vice-president of the Jewish Federation, for nearly 75 exciting years. He is survived by Sylvia and their three children: Jeff (with wife Dee Jay); neurosurgeon Martin (with wife Shelley); and New York theatrical talent manager and broadway producer, Pamela; six grandchildren; three great-grandchildren; many friends; and dozens of clients who remember Frank as a man who became their agent and then, over time, their trusted friend, ally, and advisor. He never took more than 24 hours to return a client's phone call. One screenwriter said, "Frank gave me the feeling that not only was I his most valued client, but I was also family; and if he gave that same feeling to the rest of his clients as well, why should I care?" In 1908 Frank's mother-to-be, Ida, at 16 got off the ship from Poland, alone in New York and the new world. She met Martin and they married in 1910. At the age of ten, after losing his father, Frank went to work to help his family. He literally knocked on doors of office buildings until his doggedness paid off with a job as the messenger to Joseph Schenck, one of the founders of 20th Century Fox. Shortly thereafter, Frank became the personal stenographer to Mr. William Paley. By 19 he was working as Mr. William Morris's secretary at the William Morris Agency. It didn't take long for him to become an agent himself and in 1945 he launched The Frank Cooper Associates Agency. He met Sylvia in New York in 1934, they married in 1937, and in 1940, to further his career, they moved to Los Angeles. The rest is history, a shining example of the American Dream. Among his credits: Frank discovered Frank Sinatra, Dinah Shore, and Alan Young; he represented sports icon Joe DiMaggio and procured gigs for heavy-weight boxing champ Joe Louis; he put the first quiz show on the radio with the sale of "Strike it Rich" to CBS; became a leader in television development and packaging with the first dramatic series "Man against Crime" and worked closely with Ed Sullivan; he created "Dirty Harry" and got Clint Eastwood to star in it; along with writer Dale Wasserman, Frank put "Man of La Mancha" onto the Broadway stage; he represented writer and producer Beth Polson, author Leslie Waller, as well as Clifford Irving's many books and films. Cooper remained an active member of Stephen S. Wise Temple until his passing and spent many an afternoon throughout the 1980s and 90s golfing and gathering with friends at the HillCrest Country Club. The beneficiaries of his many generous contributions included The Cleveland Clinic, the United States Olympics Committee, Vista del Mar child and family services, and the Jewish Federation. His contributions also helped render The Skirball Cultural Center in Los Angeles a reality. He was always enthusiastic and involved, always caring, always cheerful, always honest - a mentor to many of several generations. He attributed his longevity to "being surrounded by people I love." He will be missed and remembered for a long time by all who are the better for having been part of his world. His advice was to "always smile"... and he always did.
Published by Los Angeles Times on Jan. 22, 2012.
To plant trees in memory, please visit the Sympathy Store.
MEMORIAL EVENTS
To offer your sympathy during this difficult time, you can now have memorial trees planted in a National Forest in memory of your loved one.
MAKE A DONATION
MEMORIES & CONDOLENCES
8 Entries
Pamela Cooper
Daughter
January 12, 2018
Frank: thank you for your elan, your spirit and your thoughtfulness. Shalom. John Hagen
February 11, 2012 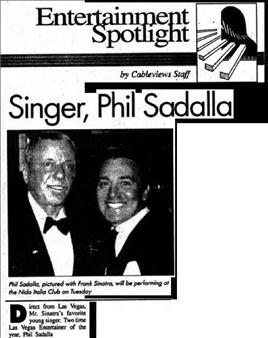 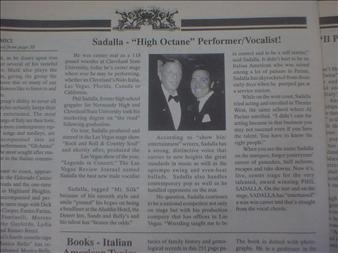 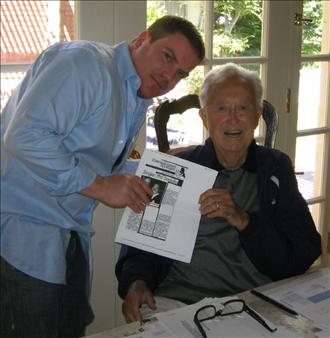 PHILLY SADALLA
January 24, 2012
Dear Mr. Cooper,
I will always remember your smile. You were always very kind and gracious. I will miss you very much. May you rest in peace.
Diana Urena
January 23, 2012
So many great and happy talented people have graced this earth as Genesis 1:28 says" "Further, God blessed them and God said to them: 'Be fruitful and become many and fill the earth.'" When we are in God's memory we can depend on the True God's promise of a future as promised to Daniel the prophet at Daniel 12:13: "And as for you yourself, go toward the end, and you will rest, but you will stand up for your lot at the end of the days." How wonderful it will be to get to know Daniel and Frank Cooper then.
January 23, 2012
Dearest Frank, I never met a finer man in the motion picture and television industry. You were kind, filled with compassion, and gave of yourself. Whatever you said you were going to do, you did -- and always a measure better. I am proud to have been allowed into your life and to have had you represent me.