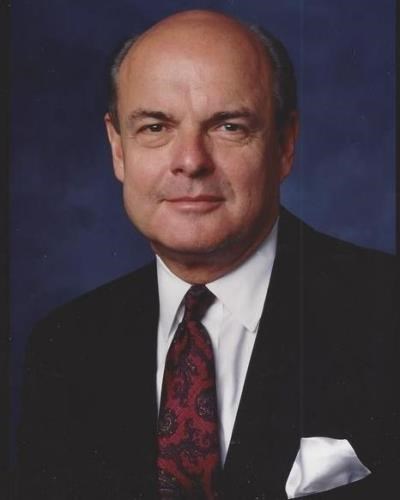 June 7, 1931 - June 22, 2021 Gerald Barrone, Jerry to his friends, passed away peacefully at his home in Newport Beach on June 22, 2021. A long-time resident of Glendale, he was born in Tujunga on June 7, 1931, attended Glendale High School, and Glendale Community College. He then served 2 years during the Korean War in the Navy before returning to UCLA to graduate college. After college, Jerry worked at Fidelity Federal Savings and Loan from 1951 to 1986, starting as Teller, working his way up to President. From 1987 to 1996, Jerry also worked at Coast Federal Bank as President and Board of Directors member. After he retired in 1996, Jerry split his time between Glendale and Newport Beach until moving to Newport Beach full time in 2007. He also served on the City of Glendale Planning Commission, served 2 terms on the Federal Home Loan Bank Board of San Francisco, was a past President of the U.S. Savings League and was also active in Rotary and Kiwanis.Jerry was preceded into death by his wife of 43 years, Ruth Barrone (nee Wescott) and his son John Barrone. Jerry is survived by his sons Robert and Bryan Barrone, Daughters-in-law Joyce Barrone and Leslyn Barrone; grandchildren Kendall Barrone, Charlie Barrone, Doran Barrone, George Barrone, Max Barrone and Mitchell Barrone. Jerry also leaves behind nephew Bruce Erickson; niece Sonni Cranford; Stepdaughter Whitney Davies and Stepson Paul Tichenor.Funeral services will be held at Saint John Vianney on Balboa Island, Thursday July 22nd at 11AM.
Published by Los Angeles Times from Jun. 30 to Jul. 4, 2021.
To plant trees in memory, please visit the Sympathy Store.
MEMORIAL EVENTS
Jul
22
Funeral service
11:00a.m.
Saint John Vianney
Balboa Island, CA
MAKE A DONATION
MEMORIES & CONDOLENCES
1 Entry
I'm very sorry to hear about the loss of your beloved father Gerry. I know that he loved and adored his three boys, and you all loved him dearly. Sending my deepest condolences. I hope you feel the love and support from your friends and family members during this difficult time.
Elyse Salven-Blatt
Friend
June 30, 2021
Showing 1 - 1 of 1 results