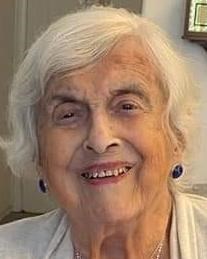 BORN
1926
DIED
2021
May 18, 1926 - April 25, 2021 Gertrude (Trudy) May Rosenberg Rothschild died on April 25, 2021, in Sherman Oaks, California, at the age of nearly 95. The youngest of four children, she was born on May 18, 1926, in Maquoketa, Iowa, to Max and Rose Rosenberg. As a child, she enjoyed nature, reading, and golf. She received a Bachelor of Arts in History from Grinnell College, graduating Phi Beta Kappa in 1948. She continued with graduate studies at the University of Chicago, where she met her future husband. She married Bill Felix Rothschild on December 24, 1949, in Chicago. After living in North Dakota, Michigan, and Indiana, the family settled in southern California. She worked in the LA Public Library system and the Anaheim Public Library with an emphasis on people helping people. Her passion for education was fulfilled in the achievements of her children and grandchildren. Two of the most important parts of her life were volunteer work and enjoying nature, especially birding and flowers. She volunteered at the UC Irvine Medical Center Gift Shop and served as president of the UCI Medical Center Auxiliary. Fulfilling a passion for helping people who couldn't help themselves, she supported many charitable causes and political candidates. She is survived by her children Max (Denise) Rothschild, Ames, Iowa; David (Debbie) Rothschild, Austin, Texas; and Lisa Rothschild (Don Kinsey), Northridge, California; her six grand¬children Louise Rothschild, Daniel Rothschild, Whitney (Peter) Kral, Gabriel (Sao) Rothschild, Sara Kinsey, and Sam Kinsey; and three great grandchildren. She was preceded in death by her husband of 60 years, her parents, and her three siblings: Bernhardt Rosenberg, Herbert Rosenberg, and Beatrice Moskowitz.Her funeral will be in California on May 25, 2021. Donations in her memory may be made to The Nature Conservancy, and the Southern Poverty Law Center.
Published by Los Angeles Times from May 20 to May 24, 2021.
To plant trees in memory, please visit the Sympathy Store.
MEMORIAL EVENTS
May
25
Funeral
CA
MAKE A DONATION
MEMORIES & CONDOLENCES
0 Entries
Be the first to post a memory or condolences.