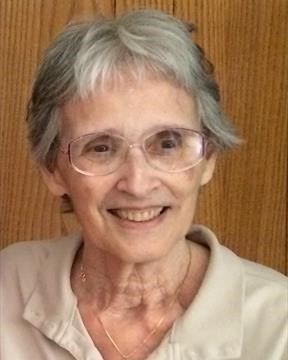 BORN
1936
DIED
2016
FUNERAL HOME
Queen of Heaven Cemetery and Mortuary - Rowland Heights
2161 S. Fullerton Rd.
Rowland Heights, CA
January 1936 - May 2016 Giannina Mooney passed away peacefully at home on May 21st, 2016. She was 80 years old. Giannina attended St. Rose Academy and Lone Mountain College in San Francisco. She married Frank C. Mooney of Oregon on 7 September 1957 at St. Dominic's Cathedral in San Francisco. They eventually settled in Orange County and became founding members of St. Angela Merici Church in Brea, where she was active in the church and school community. Until recently, she was an active volunteer at Brea Senior Center, organizing drivers for food deliveries to housebound seniors. She and Frank raised eleven children: David, Maryanne, Pamela, Paul, Adrienne, Kate, Christine, Laura, Patrick, Amber and Gavin. She is survived by 19 grandchildren: Danielle, Richard, Rachel, Theresa, Amanda (David); Jacob Dalleska (Maryanne); Declan Conroy (Pamela); Christopher and Lauren (Paul); Matthew Karyadi (Adrienne); Jordan, Kessler, and Hayden Mooney Gregonis, and Sophia Mooney McDermott (Christine); Jared, Devin and Colin (Patrick); Stella and Isaac Partner (Amber). She also has 7 great-grandchildren. Funeral mass at St. Angela Merici at 10 am on Wednesday, June 1st. In lieu of flowers, support Doctors without Borders-a favorite charity.
Published by Los Angeles Times from May 25 to May 28, 2016.
To plant trees in memory, please visit the Sympathy Store.
MEMORIAL EVENTS
Jun
1
Funeral Mass
10:00a.m.
St. Angela Merici
CA
Funeral services provided by:
Queen of Heaven Cemetery and Mortuary - Rowland Heights
MAKE A DONATION
Please consider a donation as requested by the family.
MEMORIES & CONDOLENCES
Sponsored by Queen of Heaven Cemetery and Mortuary - Rowland Heights.
7 Entries
I knew Giannina as "The Welcome Lady" for an online ballet board. She was truly welcoming. I never knew her personally, but wish I did. My condolences to her family and friends who have lost a dear soul.
Jacqueline
June 12, 2016
Giannina was our much-loved cousin, one we'll miss very much. Witty, pleasant, always fun to be with, mother of a wonderful family we were always happy to see. Heaven has gained a treasure.
With our heartfelt sympathy and condolences, and our love.
John and Jean Polhamus
May 29, 2016
To her family,, and everyone who loved Giannina. much love, and condolences, from all of her friends at Ballet Alert! where she was a very beloved member for many years. Giannina, you are very much missed, and will be remembered with love.

Alexandra
May 29, 2016
My prayers are with you. I am sorry for your loss. Take comfort that your wife gave you a lasting gift of many children.
Beth Moreno(a friend of Adrienne)
May 28, 2016
I am so sorry for your loss and I pray that God will give you strength during your time of need. We have always loved Giannina and enjoyed the times we have had the opportunity to visit with you all like celebrating Christmas together. May God always strengthen and keep you. Best Regards
Ida Karyadi
May 26, 2016
I'm sorry for your loss. If Adrienne is a reflection of her mother, she was a beautiful soul. With sympathy
Amy Bisson
May 25, 2016
Yo,
To have a good, true friend is a real blessing. You and I have been friends
since high school. I consider myself to be incredibly blessed.
Co
Colleen Loughman
May 23, 2016
Showing 1 - 7 of 7 results