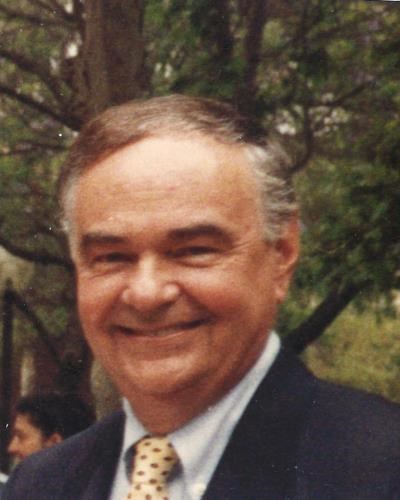 BORN
1931
DIED
2018
February 16, 1931 - May 31, 2018 Harry L. Macy, Jr. passed away peacefully surrounded by family in West LA, California. Harry is survived by his wife, Shirley Sweet Macy; sons Craig Macy and Keith Macy (Rose); step-son Chris Harahan (Kerry); step-daughter Kacey van den Bosch (Derek); five grandchildren (Meaghan, Levi, Tate, Lindsay, Kaitlin); and extended family. Harry was born in Hollywood, CA to Harry L. Macy, Sr. and Aileen Patricia Lopez Macy. Harry attended El Rodeo elementary school, graduated 1944; Harvard Military School (Harvard-Westlake), graduated 1948; and Claremont Men's College (Claremont-McKenna College), graduated 1952 with a degree in Business Administration and a commission from the R.O.T.C. program as a 2nd Lt. Infantry. Harry entered the Army in September 1952 and as the Korean conflict continued, was assigned to The Infantry School in Fort Benning, GA for combat training. Harry was then transferred to the 44th Infantry Division stationed in Fort Lewis, WA and served out his tour as 1st Lt. having been appointed as the Division Troop Information and Education Officer where he educated recruits as to the importance of U.S. involvement, and informed them of the opportunity to continue their education through the U.S. Armed Forces Institute in Racine, WI. Harry's tour of duty ended in October 1954, yet his dedication to the armed forces continued when he served on the Board of the West LA Veterans Park Conservancy until September 2015 to bring the Veterans Park to fruition. Harry would say, "I would just like to drive by it someday and say, 'I helped make that happen' for the Veterans who deserve so much and for the City of L.A. and for the green space it will preserve". In October 1954, Harry returned to enter into the family mobile home and manufactured housing business with his father in Oxnard, CA and helped grow Macy Mobile Homes into one of the top 25 award-winning retail dealerships in California until he sold the business in 1994. In 1998, Harry decided to enter the life insurance business with a focus on Long Term Care Insurance. Harry was a member of the Los Angeles Country Club (LACC) since 1948, and LACC provided such joy and camaraderie for Harry as he enjoyed frequent rounds on LACC's famed North Course and South Course, spending time with sons Craig and Keith during their younger years, and regularly scheduled golf outings and post-round gatherings with The Waggles group. Harry's passion for golf drove him to work towards a single-digit handicap. As the longest termed current member at LACC, Harry was invited by the Club to participate in the ribbon-cutting for the Grand Re-Opening of the Club's historic clubhouse following an extensive renovation and modification, an honor Harry was so incredibly proud of. Harry was also a member of the Bel-Air Bay Club, and was also a board member of the Westwood Hills Property Owners Association. Known for his warmth, personality, and sense of humor, Harry enjoyed traveling, fly fishing, sharing extended time with family and friends, and watching USC Football games. In lieu of flowers, please donate to the Veterans Park Conservancy at www.veteransparkconservancy.org His private memorial will be in June.

Published by Los Angeles Times from Jun. 14 to Jun. 15, 2018.
To plant trees in memory, please visit the Sympathy Store.
MEMORIAL EVENTS
To offer your sympathy during this difficult time, you can now have memorial trees planted in a National Forest in memory of your loved one.
MAKE A DONATION
MEMORIES & CONDOLENCES
1 Entry
My condolences for your great loss. May you draw comfort from the thought that others share your loss. Matthew 11:28,29,30,
June 15, 2018
Showing 1 - 1 of 1 results