Jack J. Kehoe
1934 - 2020
BORN
1934
DIED
2020
FUNERAL HOME
Forest Lawn - Hollywood Hills
6300 Forest Lawn Drive
Los Angeles, CA
November 21, 1934 - January 14, 2020 HOLLYWOOD - Jack Kehoe, the brilliant character actor, who appeared in significant Oscar-winning movies, died on January 14, 2020 at the age of 85. Kehoe, who has been inactive in recent years, suffered a debilitating stroke in in 2015. In his 50-year career, Mr. Kehoe played significant character roles opposite leading stars in a variety of films including the crime drama Serpico with Al Pacino with whom he also appeared on Broadway in the Basic Training of Pavel Hummel, and in several Academy Award-winning films, Melvin and Howard with Jason Robards and Mary Steenburgen, The Sting with Paul Newman and Robert Redford, and Reds with Warren Beatty, who won the Oscar for Best Director. Mr. Kehoe also played significant parts in The Pope of Greenwich Village, The Star Chamber, The Untouchables, The Paper, Midnight Run, Young Guns II, The Game, and the cult favorites Car Wash and The Fish Who Saved Pittsburgh. His filmography included some 50 motion pictures along with TV credits for The Twilight Zone and Murder She Wrote, and roles in Broadway and off-Broadway plays. Born on November 21, 1934, in the Astoria section of Queens. Following high school, Mr. Kehoe enlisted in the Army, serving three years with 101st Airborne Division. Upon his discharge he worked odd jobs while developing his acting talents studying with the renowned Stella Adler. His first movie break came in his role as the bartender in The Gang Who Couldn't Shoot Straight, which followed his acclaimed appearance in the Eugene O'Neill play A Moon for the Misbegotten. Mr. Kehoe, who lived in Hollywood Hills, is survived by Sherry Smith, his companion of 40 years, his nephew Michael Henry, his wife Donna and their family, his niece Ronnie Henry and her husband Apolinar Miranda. Funeral services will be conducted at the Forest Lawn Cemetery.

Published by Los Angeles Times on Jan. 22, 2020.
To plant trees in memory, please visit the Sympathy Store.
MEMORIAL EVENTS
To offer your sympathy during this difficult time, you can now have memorial trees planted in a National Forest in memory of your loved one.
Funeral services provided by:
Forest Lawn - Hollywood Hills
MAKE A DONATION
MEMORIES & CONDOLENCES
Sponsored by Forest Lawn - Hollywood Hills.
14 Entries
I greatly admired Mr. Kehoe’s work through the years. My condolences to his family and loved ones.
Eternal Rest grant unto him O Lord, and let Perpetual Light shine upon him.
Rest In Peace
Paul T Smith
October 29, 2020 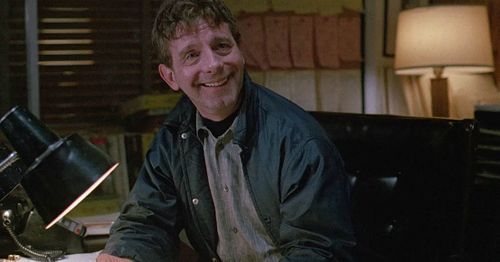 An incredibly talented man. He will be missed.
Krystle
August 31, 2020
As all of his performances being so great.
The one I loved best was in "The Pope Of
Greenwich Village" playing Geraldine Page's
son Bunkey. As a loving son but crooked cop.
As a native New Yorker from the Bronx,another
thing I liked and admired about Mr.Kehoe is
he never lost his NYC accent.Also as a Vet,
I salute your great service during the Korean
War with the 101st Airborn Div. They just don't make people like Jack Kehoe anymore.
My deepest condolences to wife Sherry and
family.And my God rest your soul.

[email protected]
Ken Murphy
April 1, 2020
As a child growing up in NYC in the 70's I loved watching Mr. Keho's portrayals of NYPD detectives. So much so that I became one myself. God bless Jack, you will be missed by a generation of NYPD members.
Vic Ferrari
March 14, 2020
Farewell to a fine character actor. RIP
Philip S
February 6, 2020
Salute to a colleague and brave soldier.
Michael C. Gwynne -
Michael C. Gwynne
January 27, 2020
My thoughts are with you, Sherry, and our family's love for you and Jack.
Joan Perlof
January 24, 2020
very sad to read about jack's passing. sending my condolences to his family <3
orit
January 23, 2020
Barbara Wisbey
January 22, 2020
Heartfelt condolences to the family. May God give your heart peace and comfort.
January 22, 2020
H. Kelleher
January 22, 2020
So very sorry for your loss. My dad grew up with Jack in Astoria and spoke of him often. My dad actually passed the same day. Our thoughts and prayers are with you all.
H. Kelleher
January 22, 2020
I remember you in a variety of great roles in a lot of cool movies in the 70s and 80s. RIP
Kirk
January 22, 2020
You have been missed. RIP dear Jack.
Ursula and Tom Bower
January 22, 2020
Showing 1 - 14 of 14 results