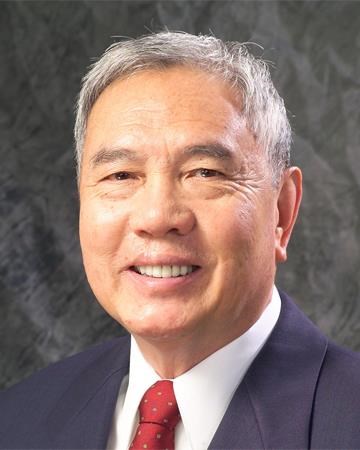 BORN
1940
DIED
2017
FUNERAL HOME
Neptune Society - Denver
5225 W 80th Ave #C1
Arvada, CO
November 6, 1940 - June 13, 2017 Jack Ong, age 76, passed away on Tuesday, June 13, 2017, from complications arising from a malignant brain tumor. A longtime resident of Santa Monica, CA, Jack passed peacefully in Castle Rock, CO, with his beloved sister, Glenna Lee, by his side holding his hand as he went to be with his Lord. Born November 6, 1940, Jack was the seventh of eight children born to Kam Fong and Jeung Shee Ong, who immigrated to Mesa, AZ, where he grew up. He graduated from Arizona State with a degree in journalism and served in the US Navy as a photojournalist in the Philippines, after which he led an eclectic life. After moving to Santa Monica, CA, he followed his passion for the entertainment industry and had numerous roles in the stage, movies, TV, commercials, and audiobooks. He became a close confidant of Oscar-winner Dr. Haing S. Ngor, and headed his foundation upon Dr. Ngor's untimely death. He held various positions in marketing, public relations, and advertising. Jack's strong Christian faith led him to become a licensed pastor in the Missionary Church, where he was able to minister to many people in this capacity. He was also an active member of the Chinese Historical Society of Southern California promoting the interest and welfare of the Chinese community. He was awarded the Golden Spike Award in 2013 for Excellence in Community Service. Jack (or "Uncle Jack" as he was known to so many) will be forever remembered by his extended family and friends. He is survived by his sister Lily and brother-in-law Ray Lew, niece Karen and husband Terry Chan, great-niece Terra, great-nephew Neal, nephew Darren and wife Shirley, great-nephew Brian and wife Amy, great-great-nephew Ethan, great-nephew Jonathan and wife Sura Lew; his sister Glenna and brother-in-law Jim Lee, niece Patti and husband Richard Lueptow, great-niece Hannah, great-nephew Kyle, and his nephew Roger and wife Karen, great-niece Kianna and great-nephew Ryan; his sister-in-law Bette Ong Yasui and his nephew Richard "Ricky", great-nieces Kathryn Hill and Robyn Ong, great-great-nieces Eva and Vivienne Hill, nephew Randall "Jay", niece Donna and her husband Joel Trumbo, great-nephews J.P. and Nicholas Trumbo, and great-great-nephews Tristan and Isaiah Trumbo, great-great-niece Aubrey Trumbo, niece Diana and husband Chris Oide, great-nephew Joshua, great-niece Taylor; as well as niece Joni (Ong) and her husband Michael Lum, great-nephew Michael, great-nieces Michelle, Micaela, Kiana and niece Janice Ong, great-nieces Gabrielle, and Elizabeth; and niece Shirley and husband Greg Woodrow, great-nephew David Shun and his wife Stacey, great-great-niece Ella, great-niece Janell Shun, nephew Gary Gee and wife Lila, and great-nephews Steven & Ryan Gee; a special adopted niece, Sophia Ngor Demitri, husband Adam and their daughter Brooke; and a special adopted brother William "Bill" Major, his wife Denise, and their daughter Cassidy. He spent his final months in Colorado at MorningStar at Jordan Assisted Living Facility, and Brookside Inn, where he received long-term and hospice care. Jack was very appreciative of the compassion and professional care he received at both facilities. There will be a memorial service on Saturday, July 22, 2017 at 4:00 p.m., at "The Collection, at Galpin Auto Sports" 15600 Roscoe Blvd., Van Nuys, CA 91406, where we will celebrate Jack's life and memory.
Published by Los Angeles Times from Jun. 27 to Jul. 9, 2017.
To plant trees in memory, please visit the Sympathy Store.
MEMORIAL EVENTS
Jul
22
Memorial service
4:00p.m.
The Collection, at Galpin Auto Sports
15600 Roscoe Blvd, Van Nuys, CA
Funeral services provided by:
Neptune Society - Denver
MAKE A DONATION
MEMORIES & CONDOLENCES
Sponsored by Neptune Society - Denver.
3 Entries
May the God of Comfort bring you peace during this difficult time
Tamiko Woods
July 5, 2017
May the God of all comfort strengthen the family during this time of deep sorrow. Those who pass on, God keeps in his memory because they are precious in his eyes. My sincerest condolences. Psalms 116:15.
July 3, 2017
May the love and support from relatives and friends be a source of comfort during this time. Doing so will be in harmony with the bible's message found at 1 Thessalonians 5:11.
Davis
June 30, 2017
Showing 1 - 3 of 3 results