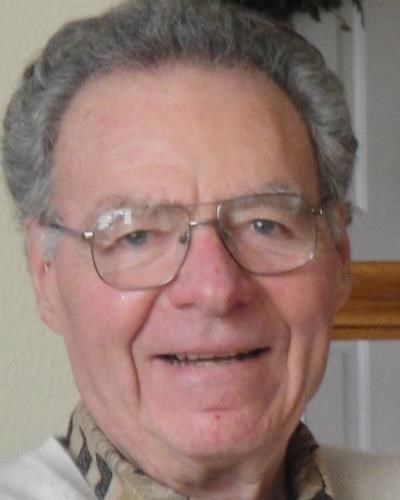 BORN
1932
DIED
2021
June 1932 - October 7, 2021 The Hanna Family and friends lost love, laughter, and the steadfast presence of a deeply devoted man with the passing of Jim Hanna in Orange, California on October 7, 2021, following a long illness.Jim was a longtime resident of Redondo Beach and Woodland Hills California. Following his retirement, Jim and his wife Barbara moved from California to Hancock Point, Maine, where they lived happily for more than 20 years before returning to Orange County, California in 2016 to be near their children.Jim was the proud son of Mark Howard and Yura Boggs Hanna, who taught him that loyalty and dedication form the values of a good life. Jim nurtured these characteristics throughout his full life, and generously shared his sincere smile and sense of humor.Jim was born in Colfax Iowa in 1932. During the last half of the 1930's, Jim and his beloved sister Patricia Ann moved with their parents to Redondo Beach where he finished his education and graduated from Redondo Union High School in 1950. Following graduation, Jim enlisted as a U.S. Air Force reservist.Jim was employed, for much of his career, by United California Bank, which was part of the First Interstate Bancorp that was ultimately acquired by Wells Fargo in 1996. Jim was promoted from the accounting department of UCB to the role of Trust Officer in the bank's personal trust division. Later, he was promoted to manage the personal trust departments of UCB in Fresno, Beverly Hills, and ultimately the headquarters office in downtown Los Angeles, until his retirement from the bank. For a few years, Jim extended his experience in banking and trust management with Whittier Trust Company of Pasadena until his full retirement at age 65.Jim is predeceased by his parents Mark Howard Hanna and Yura Boggs Hanna and his sister Patricia Ann (Hanna) Mellor and one nephew, Keith Mellor.He leaves behind his adored wife of 51 years, Barbara (Bender) Hanna, son Mark J. Hanna (Barbara Barron), daughter Kimberlee Nichols (Steven), granddaughters Kristin M. Hanna, Kaitlyn Tobin (Grant), and Shannon Nichols. Jim is also survived by grandsons Jonathon M. Hanna (Sumner) and Jeffrey A. Nichols. Jim also leaves behind his two great-grandchildren Pearse and Hania Darby and two favorite nephews, Bruce Mellor (Glee) and Paul Mellor (Lynda).Jim's wife and children wish to thank the numerous caregivers and organizations that supported the family over the last several months.A private celebration of Jim's life will be held on October 22nd. In lieu of flowers, gifts in tribute might be considered. These worthy organizations are suggested:Frenchman Bay Conservancy: https://frenchmanbay.orgThe Association for Frontotemporal Degeneration: https://www.theaftd.org
Published by Los Angeles Times on Oct. 17, 2021.
To plant trees in memory, please visit the Sympathy Store.
MEMORIAL EVENTS
To offer your sympathy during this difficult time, you can now have memorial trees planted in a National Forest in memory of your loved one.
MAKE A DONATION
MEMORIES & CONDOLENCES
0 Entries
Be the first to post a memory or condolences.