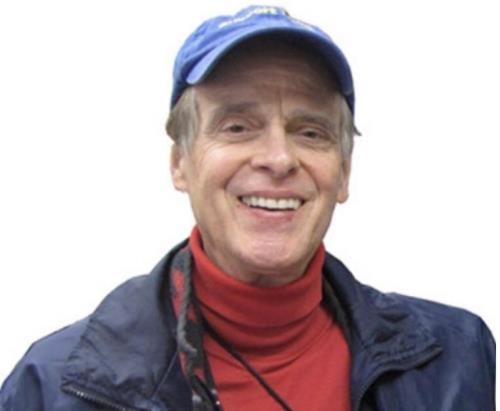 UPCOMING SERVICE
Celebration of Life
Jan, 9 2022
amphitheater at Barnes Park in Monterey Park
Send Flowers
September 15, 1943 - August 21, 2021 A fond reflection from the staff of JT Music: "Mr. Johnny Thompson, our cherished 'boss' of the legendary Johnny Thompson Music store, but simply 'JT' as we usually call him and for the most part, the community dignitary for music arts and education, the stalwart of community service for young people's education, both a father figure and an unassuming champion of bridging and bringing together many generations of people from around the world, congregating around the beautiful humanity of music, we miss you. Johnny, thank you for all the years of magic through music and learning…the legend of JT Music transcends all boundaries." Johnny was a man of energy and focus, commitment and determination, a bright mind with an unquenchable desire for learning. His untiring passion was based upon the foundation of music education that he believed to be essential in the brain development of growing children, his belief in the universal language of music through changing times, and his unbreakable commitment and connection with his roots in Monterey Park. Johnny was literally connected to music his whole life. He was the first steel guitar student of music industry legend Ernie Ball and at the tender age of 12, Johnny was winning music awards and contests, performing on numerous TV shows, including an appearance on the Mickey Mouse Club show in 1955 as a guest star on the Friday Night Talent Round Up. As a 'Son of Monterey Park', Johnny attended Repetto Elementary School from the very first day it opened its doors, and graduated from Mark Keppel High School Class of '61. He opened Johnny Thompson Music store upon graduation, which for over 60 years, served the San Gabriel Valley and the greater Los Angeles area and beyond. The big Johnny Thompson Music guitar sign became a glowing landmark of Monterey Park. Johnny never forgot people he knew from the earliest days, including lifelong connections to his favorite teachers and long-time friends. While operating his music store, hosting monthly community live music-playing hoedowns, and providing live sound engineering for world-renowned rock bands, both local/American and those of the 'British Invasion' during the new music and cultural movement of the late-60s/early-70s, Johnny also ventured into original music with songwriting and experimental rock music, and later started a rock R&B band, Hot Rod Lincoln. Johnny mentored many employees and students who were to become professional musicians and educators, music store owners, and parents to generations of children who continued to reflect the joy of music throughout their lives. Johnny was recognized and awarded many times for his commitment and dedication to youth and the city of Monterey Park as reflected in his support of area school districts and school music events, his involvement in leadership roles in the business district of the city, and his involvement in important decisions. As one teacher wrote: "Johnny will be greatly missed. I appreciate so much what he did for the Alhambra School District. Back in the '90s he was a huge force in saving the music program." With his personal integrity and commitment in taking a reasoned stance in controversial issues, Johnny continued, year after year, to make a difference. Johnny's latter years were no less dynamic as he was open to change and welcomed its creative presence even before major demographic changes took place in Monterey Park. Johnny was there. As he said in an article written about him in the October 17, 2016 California section of the LA Times: "Very few stayed. All the downtown businesses owners either left or have since retired. So I guess I'm the last one. This is my hometown and my business. I saw no need whatsoever to sell out. I think it has all worked out. It has worked out very well! That is the good thing about America. Diversity always wins out, and it makes everybody better." Johnny added that he had no plans to retire, no plans to leave Monterey Park. John is gone now, but he's still here in the hearts of the people who knew him. And our hearts are with Nancy, Johnny's wife of 48 years, his partner in life and the miracle of JT Music. The family will have a private gathering. A community tribute and celebration with a benefit concert will be held on Sunday, January 9, 2022 in the amphitheater at Barnes Park in Monterey Park. Donations will benefit the Alhambra Educational Foundation. For more information on the celebration, call JT Music at (626) 280-8783 or go to: JohnnyThompsonMusic.com.
Published by Los Angeles Times on Oct. 30, 2021.
To plant trees in memory, please visit the Sympathy Store.
MEMORIAL EVENTS
Jan
9
Celebration of Life
amphitheater at Barnes Park in Monterey Park
CA
MAKE A DONATION
MEMORIES & CONDOLENCES
0 Entries
Be the first to post a memory or condolences.