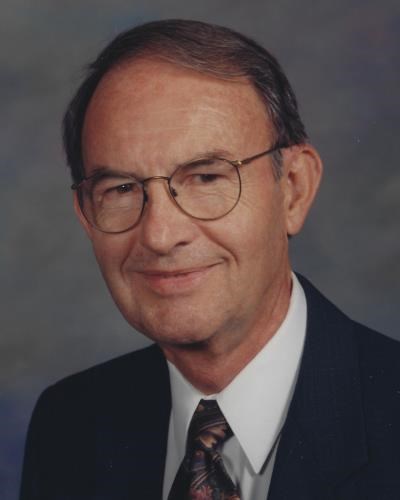 June 25, 1932 - July 11, 2019 The Reverend Doctor John H. Townsend passed away on July 11, 2019 in Redlands, California at the age of 87 after struggling with Parkinson's disease. He was born on June 25, 1932 in Denver, CO to Charles Townsend and Sophie Elizabeth Howard Townsend. In 1954, he received a Bachelor of Arts degree from the University of Redlands in Redlands, CA; in 1957, the degree of Master of Divinity cum laude was conferred upon him by American Baptist Seminary of the West. The University of Redlands awarded him an honorary Doctorate of Divinity in 1970. The American Baptist Seminary of the West awarded him an honorary Doctorate of Humane Letters in 1997. Dr. Townsend served as Senior Minister of the First Baptist Church of Los Angeles from 1965-1997, having first come as Associate Pastor in 1962. Prior to that, he served as Baptist Chaplain at Brown University in Providence, RI, and as Youth Minister at First Baptist Church of Redlands, CA. At the First Baptist Church of Los Angeles, Dr. Townsend championed the vision of an international, intercultural and ecumenical congregation in the heart of the city. American Baptist Churches USA acknowledged his impact with the Edward H. Rhodes Award for Outstanding Leadership in Urban Ministry. Retiring as Senior Minister Emeritus, he then served as interim pastor at Fairview Community Church in Costa Mesa, CA. Dr. Townsend was survived by his wife of fifty-four years, Carol; daughters Alecia Townsend Kintner and Marcet Townsend Spahr; son-in-law Michael Kintner; son-in-law Timothy Spahr; and four grandchildren.
Published by Los Angeles Times from Jul. 7 to Jul. 12, 2020.
To plant trees in memory, please visit the Sympathy Store.
MEMORIAL EVENTS
To offer your sympathy during this difficult time, you can now have memorial trees planted in a National Forest in memory of your loved one.
MAKE A DONATION
MEMORIES & CONDOLENCES
1 Entry
John was a truly good soul. I worked with him and his wife Carol thru Vista Towers board and CARING Housing Ministries. He was fair and honest and trustworthy. Well Done John, Well Done
Nancy L Spring
Coworker
July 11, 2020
Showing 1 - 1 of 1 results