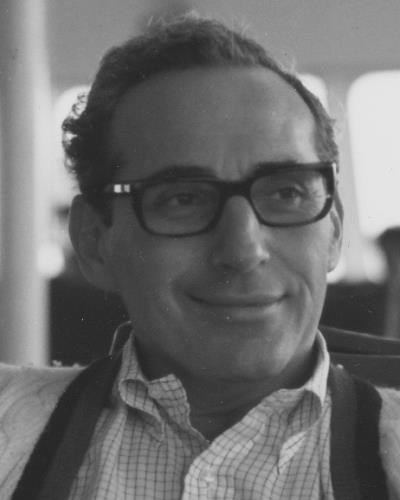 BORN
1922
DIED
2017
April 5, 1922 - December 26, 2017 Joseph Gantman passed away December 26, 2017 at the age of 95 in Santa Monica. He was the eldest of three children born to Manus and Ethel Gantman, née Kamornick. Joe grew up in Santa Ana. He moved to Los Angeles and attended Fairfax High School. Following Joe's enlistment in the Marine Corps, he received his undergraduate degree from UCLA. While a member of the legendary Circle Theater, Joe met his future wife, Lucile Nudelman. They married in 1949 and had three children. Joe was predeceased by his beloved Lucile in 1987. Joe attended Yale University Drama School and began his television career in 1954 as an assistant on the "Mama" show. From then on he was associated with many top shows, including "Studio One," "The Defenders," "General Electric Theater," "Voyage to the Bottom of the Sea," "Hawaii 5-0," "The Man from Uncle," "Young Dr. Kildare," "Movin' On," and "The Dukes of Hazzard." He is best known for "Mission: Impossible," for which he was awarded two Emmys. Joe's selfless love and concern for his family was his greatest priority. Cherished and revered, he is survived by his children, Nick (Valerie), Nina (Ross), and Amy (Martin), his grandchildren, David (Lisa), Anna, Lucy, Elizabeth, and Benjamin, his great-grandson, Zane, his sister, Betty, and his partner, Florence, and her daughter, Maya (Scott) and her granddaughter, Clea. He is also fondly remembered by many cousins, nieces, and nephews.
To plant trees in memory, please visit our Sympathy Store.
Published by Los Angeles Times on Jan. 12, 2018.
MEMORIAL EVENTS
No memorial events are currently scheduled.
To offer your sympathy during this difficult time, you can now have memorial trees planted in a National Forest in memory of your loved one.
MEMORIES & CONDOLENCES
1 Entry
So sorry to hear about the loss of your loved one. Please know that you are in the thoughts and prayers of many individuals who truly care about you. May the God who supplies endurance and comfort grant you peace. (Psalms 94:19)
January 12, 2018
Showing 1 - 1 of 1 results