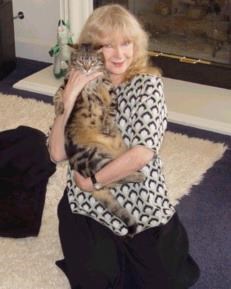 BORN
1943
DIED
2020
June 17, 1943 - July 7, 2020 American author, Holocaust scholar and human rights activist Linda Margaret Huf was born in St. Louis, Missouri during World War Two on June 17, 1943. She was raised in Arlington, Virginia, the heart of the old Confederacy, and grew up to become a civil rights activist and leader of C.O.R.E. (Congress of Racial Equality) by the time she got to high school. August 28, 1963 she went to the March on Washington, where she heard Dylan and Baez sing, Martin Luther King, Jr.' Dream and "Conscience of the Congress" John Lewis speak. On October 21, 1967 she saw Abbie Hoffman levitate the Pentagon. Linda Huf earned her Ph.D. in English and American Literature from the University of Maryland, College Park, where she taught a course on "Writers in Prison." She studied with Poet Laureate Reed Whittemore, and wrote a dissertation version of the book that became A Portrait of An Artist as a Young Woman: the Writer as Heroine in American Literature in 1983--dedicated to her mother Eleanora Dorothy Huf-a ground-breaking study of the Kunstlerroman, or "artist's novel" for the first time from a woman's point of view-featuring portraits of six women writers, four of whom predated James Joyce in writing their own self-portraits of a writer in the process of becoming an artist, cited by the Los Angeles Times as "insightful…well written and highly readable." Writer May Sarton dubbed it "extremely illuminating" and "stimulating," and the journal Anglo-American Studies praised it as "a perceptive study" with "an academic soundness that makes it recommended reading not only for the general public but also for the scholar." In the 1970's in Washington, D.C. Dr. Huf served as a director of Amnesty International, whose motto "The spirit dies in all of us who keep silent in the face of tyranny," further animated her growing commitment to justice, or "joostice," as Sacco and Vanzetti called it. In the ten years she devoted to Amnesty she wrote letters on behalf of "Prisoners of Conscience" in all corners of the world including her own country who languished in dungeons and championed their release-occasionally even securing it. Under her leadership Amnesty went from a fledgling little-known organization in the D.C. area (which started in London in 1961) to the flagship standard-bearer of resistance to tyranny. She joined the L.A. chapter in the 1980s; and became a member of PEN International. In the mid 1980's she worked for UCLA's helicopter rescue team MedStar until retiring to devote herself fulltime to writing. She had, like Virginia Woolf, a room of her own.As an author and human rights activist, she belonged to the U.S. Holocaust Museum, the Simon Wiesenthal Center, the Museum of Tolerance and the Southern Poverty Law Center. Before passing away from pneumonia on July 7 she completed her novel Lily Whimple and her Holocaust memoir Andy's Shoes: An Auschwitz Survivor's Story, co-written with Andy (Abraham) Nord, whom she first met as a juror at a murder trial in Van Nuys, California. Linda Huf was that rare combination of artist and activist, fully dedicated to her work on both fronts. She died too soon, but fortunately she left someone committed to carrying on her legacy. "Her unfinished song," as Rabbi Jeff Marx said, "like Victor Jara's remains to be completed." Linda Huf is survived by her brother Bill Huf , her sister Judith Huf, and her partner Ross Altman. Service was held at Hillside July 14.
Published by Los Angeles Times on Aug. 2, 2020.
To plant trees in memory, please visit the Sympathy Store.
MEMORIAL EVENTS
To offer your sympathy during this difficult time, you can now have memorial trees planted in a National Forest in memory of your loved one.
MAKE A DONATION
MEMORIES & CONDOLENCES
5 Entries
I remember sharing late suppers with Linda and our fellow friends after the Friday night Vigil at "the corner" in Studio City. Panera´s set the background for talk, reminiscing and some guitar song sets (by Ross and the gang). Linda´s smile and quiet sharing were key components to those evenings. As a newcomer to the vigil I didn´t have knowledge of her history, activism and writings. In that "now" she shined. What a wonderful-full life of contribution. I miss her.
Mona Pastor
August 1, 2021
May the love and songs of friends and fellow artists sustain Linda’s family as they grapple with her loss. I knew her from the Studio City Corner Vigil, but didn’t realize the extent of her leadership, commitment and talent. Reading about her life inspires me. Truly, Mona
Mona Pastor
Acquaintance
August 14, 2020
Marina Borawick
Classmate
August 2, 2020
William McCarthy
Family
August 2, 2020
Linda was a lovely woman, with her own quirky style, and a brilliant mind. She will be missed, on this earthly plane, by me and by all of her other friends.
Michele Hutchins
Friend
August 2, 2020
Showing 1 - 5 of 5 results