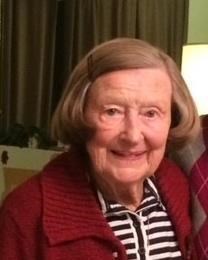 BORN
1924
DIED
2021
Marian Witkowski has died. She was 96. Born Marian Catherine Knott in Dinuba, CA on Nov. 16, 1924, she was raised in several small towns in central California. Her family settled in Bakersfield in 1935, where her father served as a deputy sheriff for Kern County. Marian attended local schools, including East Bakersfield High, graduating in 1942. Following her graduation from East Bakersfield Junior College in 1944, she moved to Los Angeles, where she met and married Ted Witkowski. The couple then moved to Buffalo, NY in 1948. Moving back to the West Coast in 1950, they settled in Los Angeles, where they lived until Ted's death in 1999. Ted and Marian were both active for many years at St. Jerome Catholic Parish, where Marian worked as a remedial reading instructor, and later as a teacher's aide. Marian is survived by her sons John and Michael, and grandchildren Emily, Scott, Amy, and Wendy, as well as several nieces and nephews. A daughter, Anne, died in 1985. Funeral arrangements are pending.

Published by Los Angeles Times on Sep. 26, 2021.
To plant trees in memory, please visit the Sympathy Store.
MEMORIAL EVENTS
To offer your sympathy during this difficult time, you can now have memorial trees planted in a National Forest in memory of your loved one.
MAKE A DONATION
MEMORIES & CONDOLENCES
0 Entries
Be the first to post a memory or condolences.