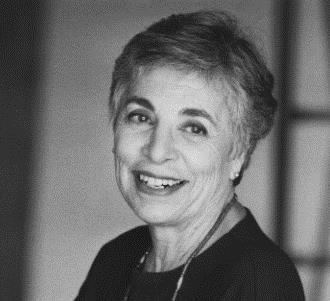 BORN
1925
DIED
2016
FUNERAL HOME
Pierce Brothers Westwood Village Memorial Park and Mortuary
1218 Glendon Ave
Los Angeles, CA
July 8, 1925 - December 31, 2016 Marjorie (Midge) Cowley died on December 31, 2016, at 91 years old. A graduate of Stanford University, she later trained at the Fowler Museum of Cultural History at UCLA, and then taught prehistoric archaeology for twenty years to students from first grade through high school. In this capacity, she was designated a professional expert by the Los Angeles Unified School District. Her gripping coming-of-age books for middle school age readers, Dar and the Spear-Thrower (1994), Anooka's Answer (1998), The Golden Bull (2008) and Wind on the Water (2016), grew out of this teaching experience and her lifelong interest in the vast span of our ancient past. The Golden Bull was included in Bank Street College of Education's 2009 Guide to the Best Children's Books of the Year. Midge traveled widely, pursuing her fascination with primitive and ancient art, architecture, and nature. She was a gifted graphic designer and calligrapher for many years before she began her writing career, and volunteered at the UCLA International Student Center. She was married to Charles Simmon Stein, Jr., M.D. until his death in 1969, and to the screenwriter, William Marion Cowley, III, until 1995. Midge was exceptionally well-read and politically passionate. She was a master conversationalist with a wonderful sense of humor, great empathy, and deep interest in the people around her. She is survived and greatly missed by her three children and their spouses: Allison & Jason, Ross & Sharon, and Loren & Hal; her five grandchildren and their partners: Adam & Rachel, Max & Phebe, Monica & Evan, Elena & Jake, and Keira; and her friend and amazing caregiver Jing. Donations may be made in her memory at her favorite charities, Doctors Without Borders and the Environmental Defense Fund.
Published by Los Angeles Times from Jan. 2 to Jan. 3, 2017.
To plant trees in memory, please visit the Sympathy Store.
MEMORIAL EVENTS
To offer your sympathy during this difficult time, you can now have memorial trees planted in a National Forest in memory of your loved one.
Funeral services provided by:
Pierce Brothers Westwood Village Memorial Park and Mortuary
MAKE A DONATION
MEMORIES & CONDOLENCES
Sponsored by Pierce Brothers Westwood Village Memorial Park and Mortuary.
1 Entry
We are so very sorry for you loss of a remarkable woman. Please accept our condolences.
Martha and Ira
Martha Kanter
January 28, 2017
Showing 1 - 1 of 1 results