1954 - 2013 At Christmastime we lost Mark Lee Anderson, a friend and colleague, brother, son and uncle. He died unexpectedly at his home in Pasadena, California, attended by his kitty, Joey. He was 59. Words can definitely express our sadness and loss; it's the least we can do. Mark was an unparalleled wordsmith who naturally constructed the flawless spoken and written paragraph, and expected others to do the same. He had a restless mind and relentless curiosity. He deplored glib and simple answers when passionate debate was in order. His fine mind was ever tuned to the absurd, and when we remember him, we remember laughter--most often, hysterical laughter. Mark took immense pride in the accomplishments of his nieces and nephews. Each one was exceedingly special, and we all knew it. He enjoyed salmon fishing in Alaska with his cousins at every opportunity; he collected rare books and traveled widely. He attended Wheaton College. He cherished his friends and loved his job. Director of Environmental/Health and Safety for Tribune Publishing and Broadcasting at the time of his death, he began his career on the press room floor in 1985 at the Chicago Tribune. He rapidly advanced in an industry in the throes of historic change. He took positions at the New York Daily News, the Orlando Sentinel and the Los Angeles Times before settling into his most recent position with Tribune Publishing. As Mark traveled Alaska , one of his most intense areas of interest was in the interaction of geologic processes with man's temporal occupancy. He bought a book about the landforms along the Denali Highway and rented a car and drove the whole dirt road just to see/experience the complexity of the mountains/glaciers/rivers/eskers along the way. As he sat around the campfires or watched the fishing poles on the boat waiting for a bite, he would often look at the surrounding landforms and wilderness and ponder man's impacts on them, to include industrialization, global warming (or not), what does change mean, etc. Mark was born in Oak Park, Illinois and raised in the Evangelical Free Church. It was in Sunday School that he honed his skills as a raconteur and comedian. From the earliest age, his interests varied widely. He appreciated the arts and science, and had an abiding love of all things outdoors. Predeceased by his father Warren Anderson, he is survived by brothers Gregg Anderson of West Chicago, Illinois, Kurt Anderson of Belton, Missouri, and their wives. He also leaves behind his mother, Marian Anderson, of Lombard, Illinois, his beloved nieces and nephews, numerous cousins, and many grieving friends. In lieu of flowers, contributions could be made in memory of Mark Anderson to the University of Alaska at www.uaf.edu/giving/gift/giving-form, with designation to the Alaska Quaternary Center.
Published by Los Angeles Times on Jan. 12, 2014.
To plant trees in memory, please visit our Sympathy Store.
MEMORIAL EVENTS
To offer your sympathy during this difficult time, you can now have memorial trees planted in a National Forest in memory of your loved one.
MAKE A DONATION
MEMORIES & CONDOLENCES
Sponsored by Cheri.
32 Entries
Dear Family,

While I'd not seen Mark for many years, I have many memories of an earlier time and wonderful of experiences shared. Please accept my heart felt sympathy and love for you all.
Richard Thorne
February 10, 2014
I worked with Mark in the mid80s in Chicago and never forgot his quick wit, intellect and integrity. He was unique in the best of ways.
Deb Bragg
January 19, 2014
I am sorry for your loss. God is the source of life. The One who gave life to all living persons is capable of restoring life to someone who has died. Psalm 36:9
January 18, 2014 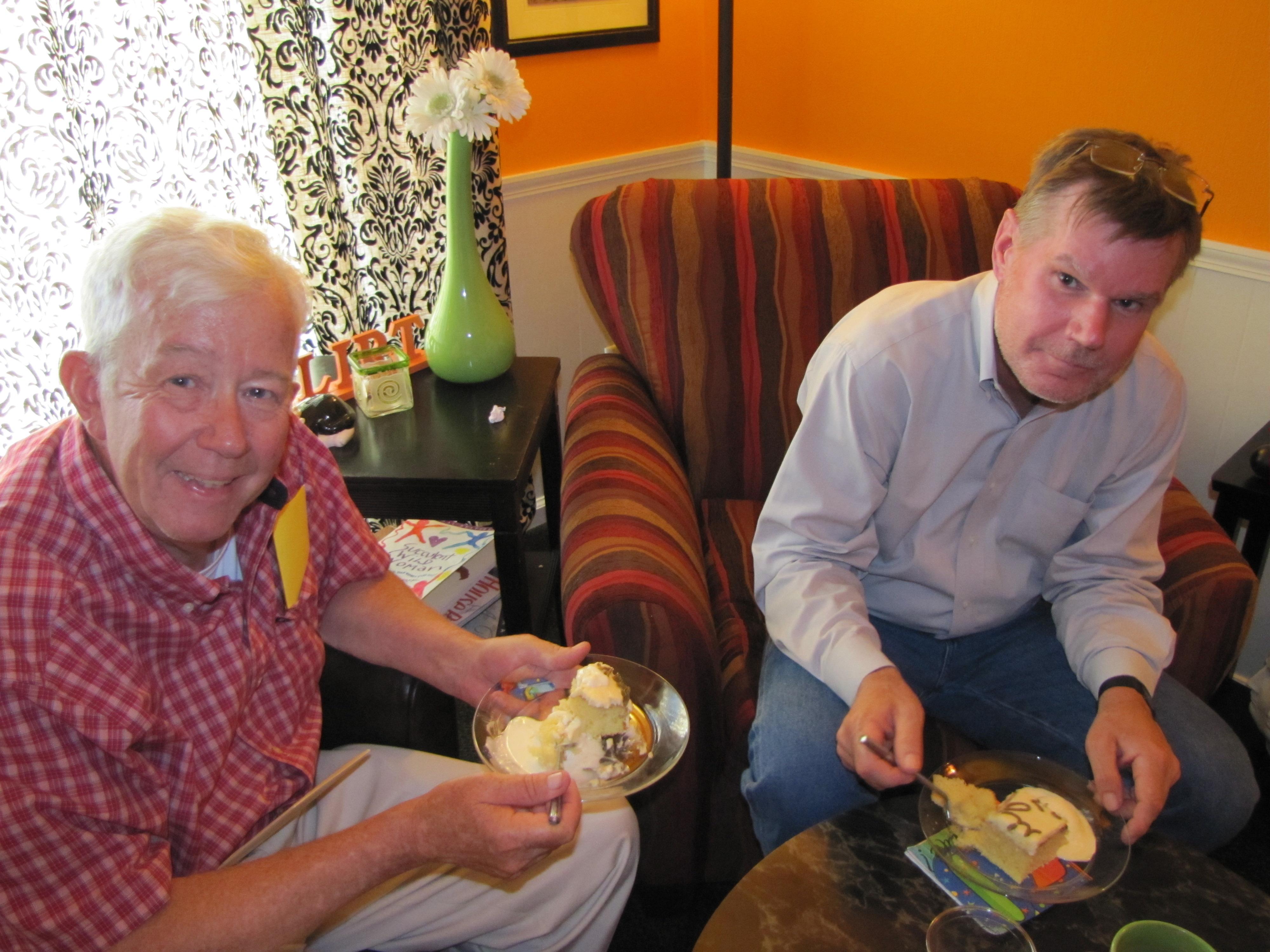 January 18, 2014
Our fathers were the best of friends, not only were they both coincidentally named Anderson, but they were actually knit like kin. We skinned our fish and skinned our knees together long ago in northern Wisconsin, and thankfully we captured those images on Kodak and our memories. My sisters and I grieve the the loss of our brother, Mark.
William Anderson
January 16, 2014
I will remember Mark as a remarkable person and well respected colleague and friend. Always responsive with utmost integrity in his business interactions. He was eloquent in communications and relied upon for his intellect, thoroughness & immense expertise.
Judee Endean
January 16, 2014
My sincere prayers to the Anderson family. At times like these, 'God can give us "power beyond what is normal," so we can keep going from one day to the next. (2 Cor.4:7) May your memories of Mark continue to bring the family comfort during this difficult time.
Shannon
January 16, 2014
All I know is that I missed out because I didn't know him. You are blessed to have been his friends and family, and surely you know it is worth the pain of "Good-bye," to have had him. God bless each of you, and thank you for sharing Mark Anderson with us in the obituary and the tributes.
Kim Jones
January 15, 2014
I met Mark in 1995 as part of a groundwater cleanup project in Orlando. He was the customer and I was an environmental consultant. In December 2013, 18 years later, Mark had become one of my best friends in life. The business side of things took a backseat to the personal side shortly after Mark moved from Orlando out to LA, and his monthly trips back to Orlando for project meetings were a highlight I always looked forward to. We had so many lengthy wondering chats and email exchanges generally full of jokes and cynicism but also containing deep headache topics. It wasn't uncommon in a 3 or 4 hour visit to touch on sustainability, craft beers, periodic charts, favorite costumes, poverty, airline in-flight scares, spirituality, fishing, and much more. I think he gave everyone that knew him much to dwell on and I'll really miss those conversations. One of his last trips to Orlando, he really latched onto my last name, Blecha, and we discussed its meaning and Czechoslovakia at length and I learned his trips there were amongst his favorite. Several days later I received in the mail a book “The History of Czech Lands”, a 600-page text with maybe a dozen maps and no figures or pictures. When I thanked him for it and laughed about its length and starkness, he responded “Blecha you know I don't read coloring books”. I'm working through it now. Mark really was a special “dude”. I'll miss him terribly but am blessed to have known him.
Rick Blecha
January 13, 2014
Dear Family,
I'm so sorry for your loss. I know how hard losing a loved one is. I have found this bible verse to be comforting (Isaiah25:8) I hope it brings comfort to you as well.
T.
January 13, 2014
Sad to hear such an amazing man had to leave this world so young. God must have needed him now. God Bless his loved ones.
Liz Quinn
January 12, 2014
I feel like I have met Mark. He sounds like someone to treasure as a friend, as expressed in the message. His Mother, Marian is a dear friend, and I send condolences to the entire family he so loved.
Dorothy Bronson
January 12, 2014
As the days and weeks pass, and as you return to life's routine, may you continue to feel comforted by the love and support of family and friends.
1 Cor. 15:26
January 12, 2014
Offering my condolences to the entire family for your loss. May the God of all comfort grant you peace and strength during this difficult time.
January 12, 2014
May the God and Father of peace grant your family a calm and firm heart giving you everlasting comfort and hope.
January 12, 2014
He always strived to do the right thing.
Always.
Rick Surkamer
January 12, 2014
I didn't know Mark, but I wish I did. What a wonderful human being! God bless you all and bring you peace in your hour of need. He left all his family and friends with beautiful memories that will never be forgotten...
January 12, 2014 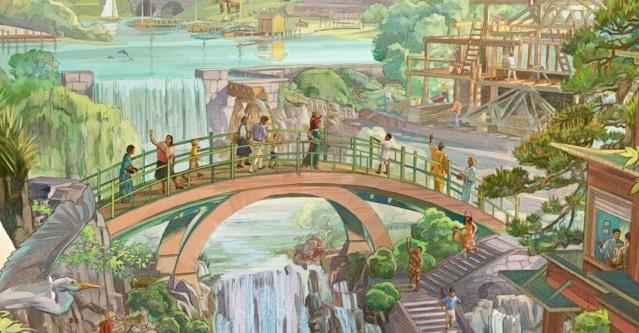 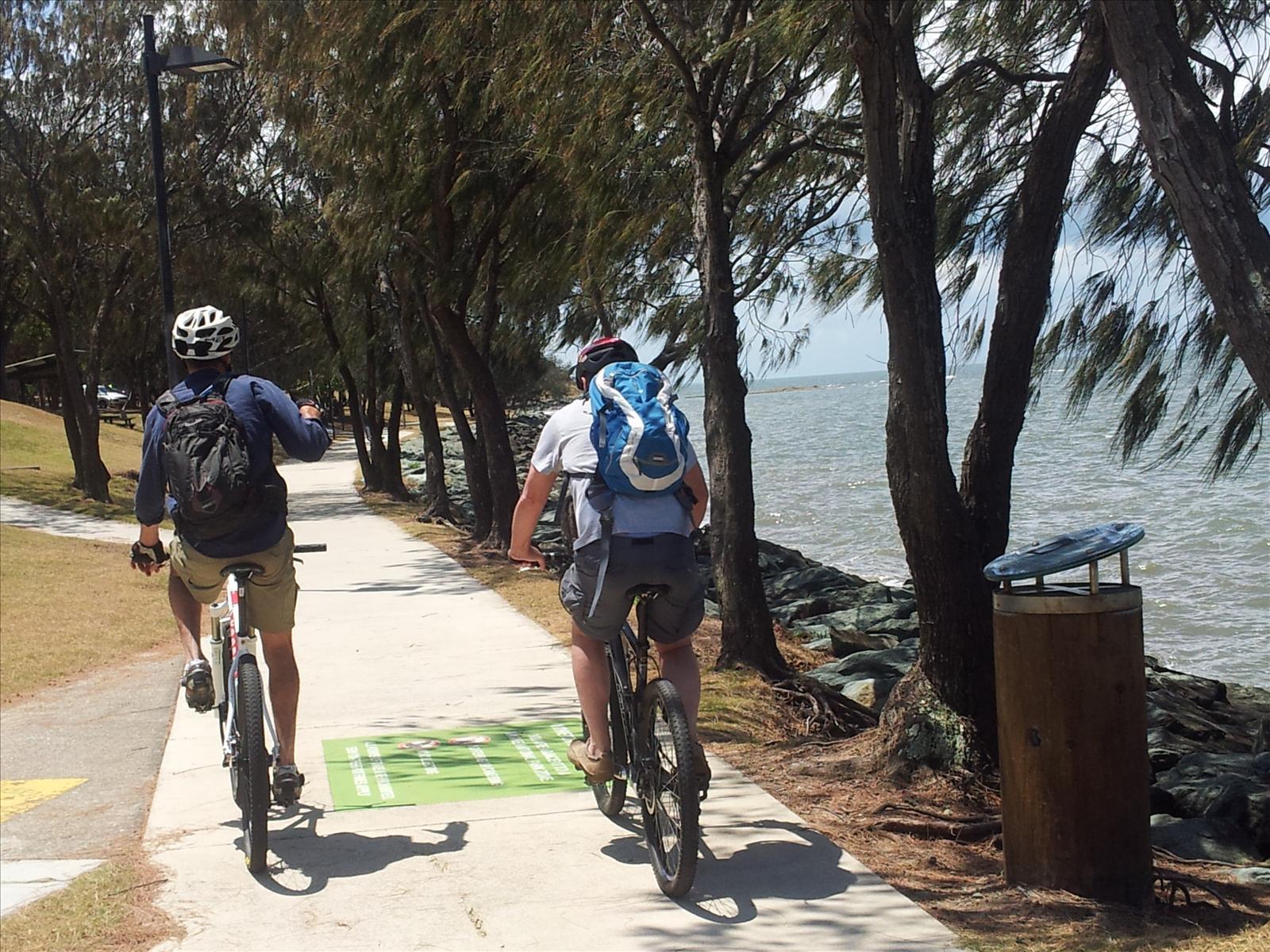 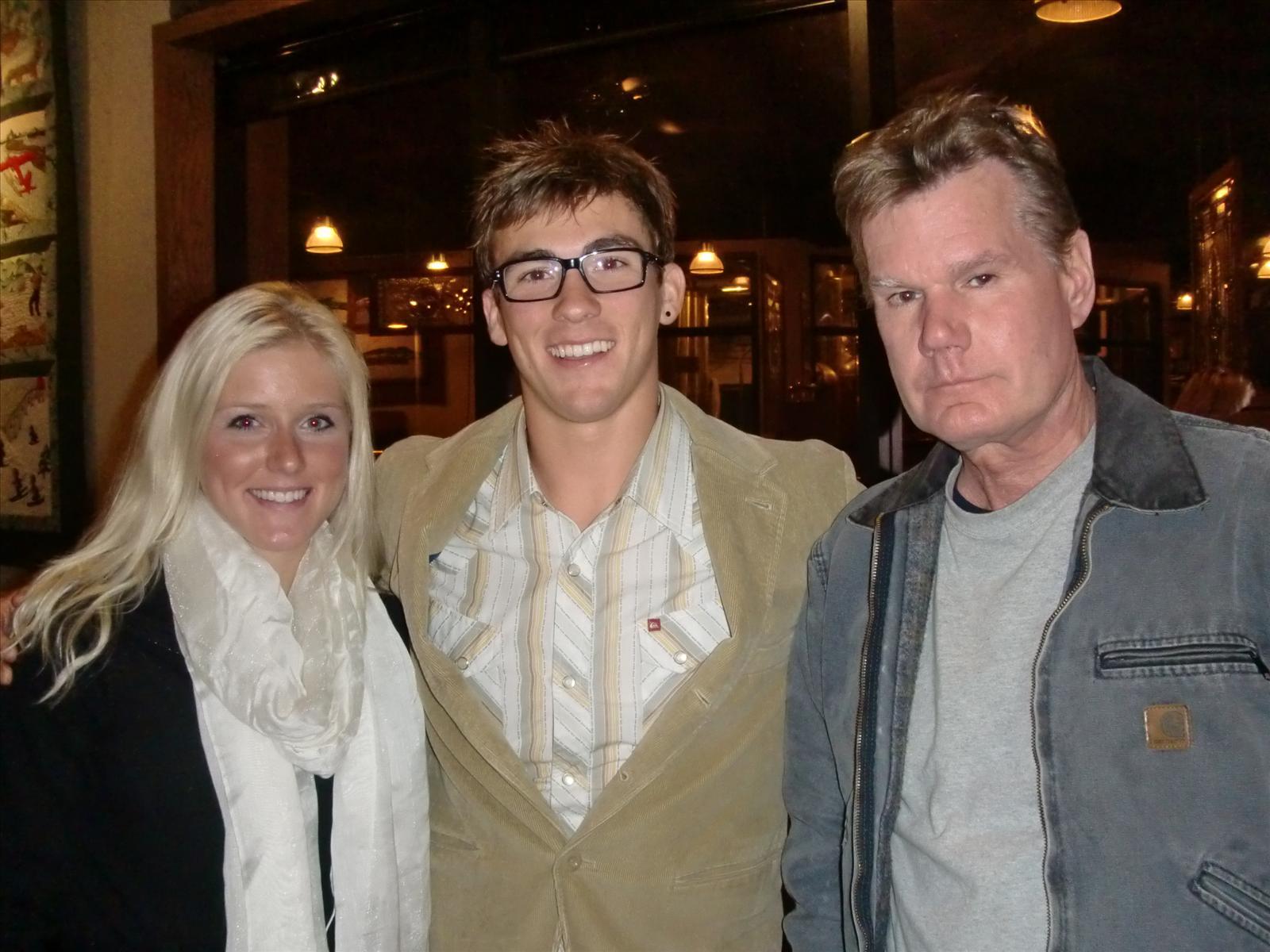 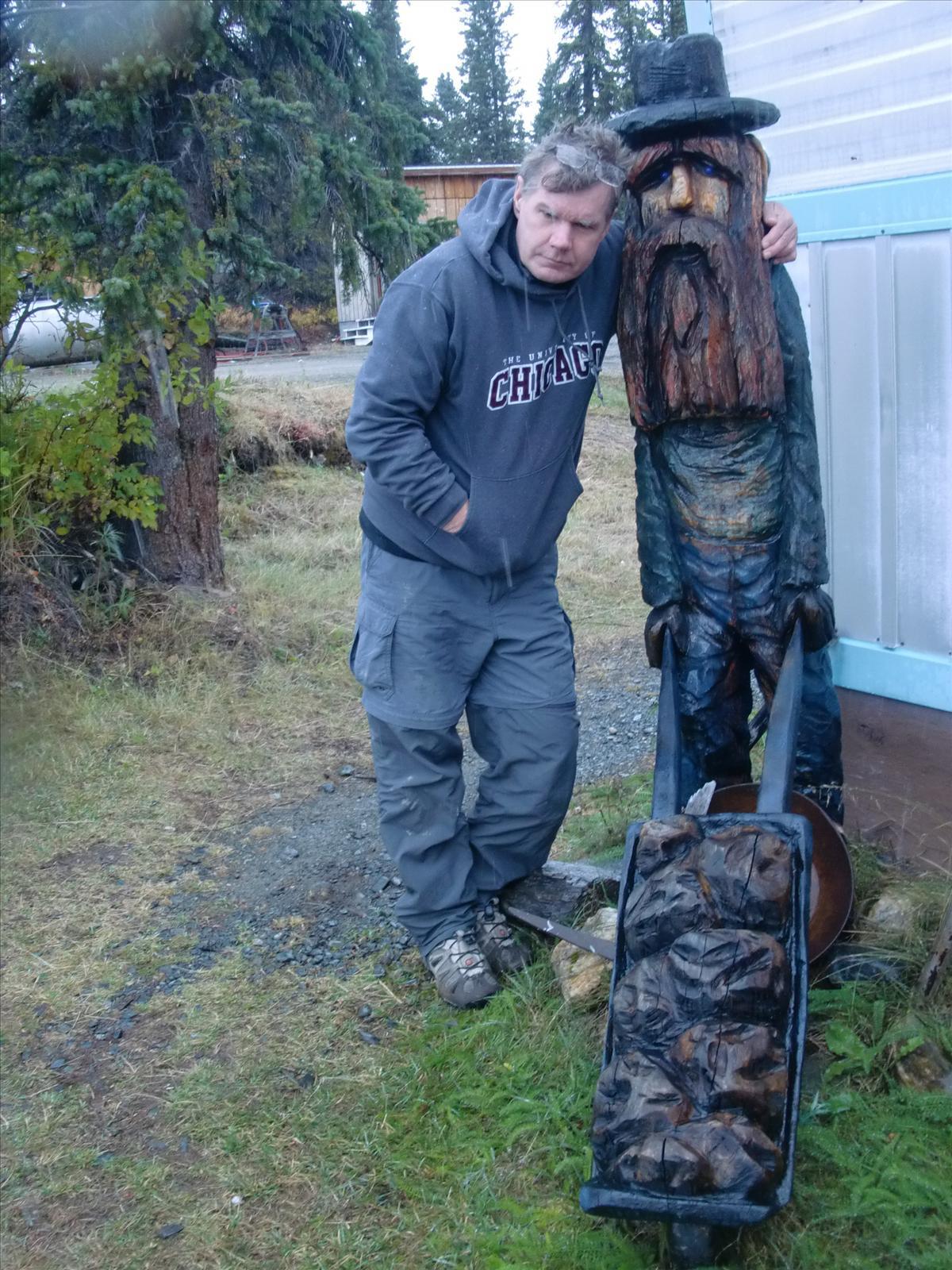 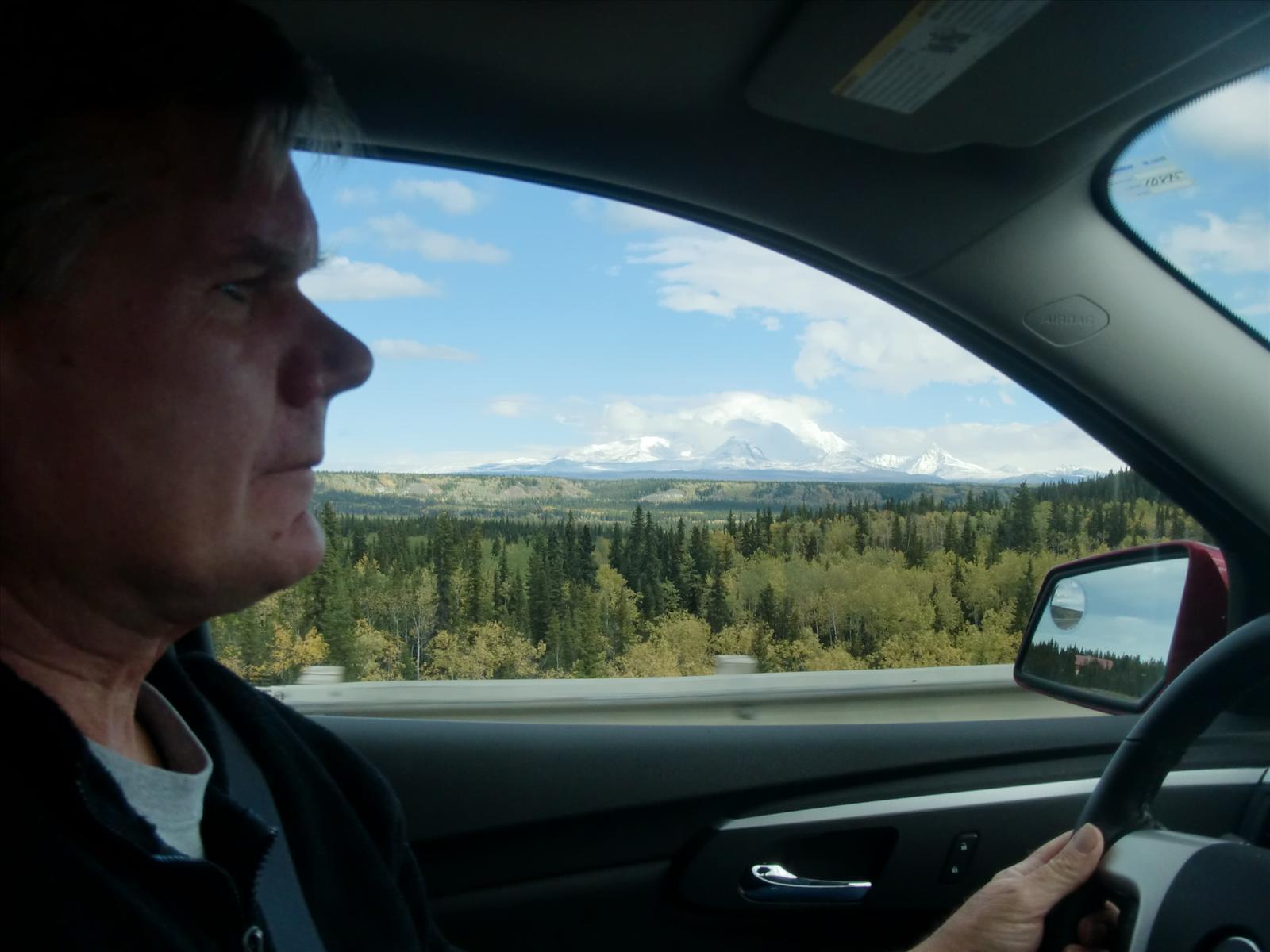 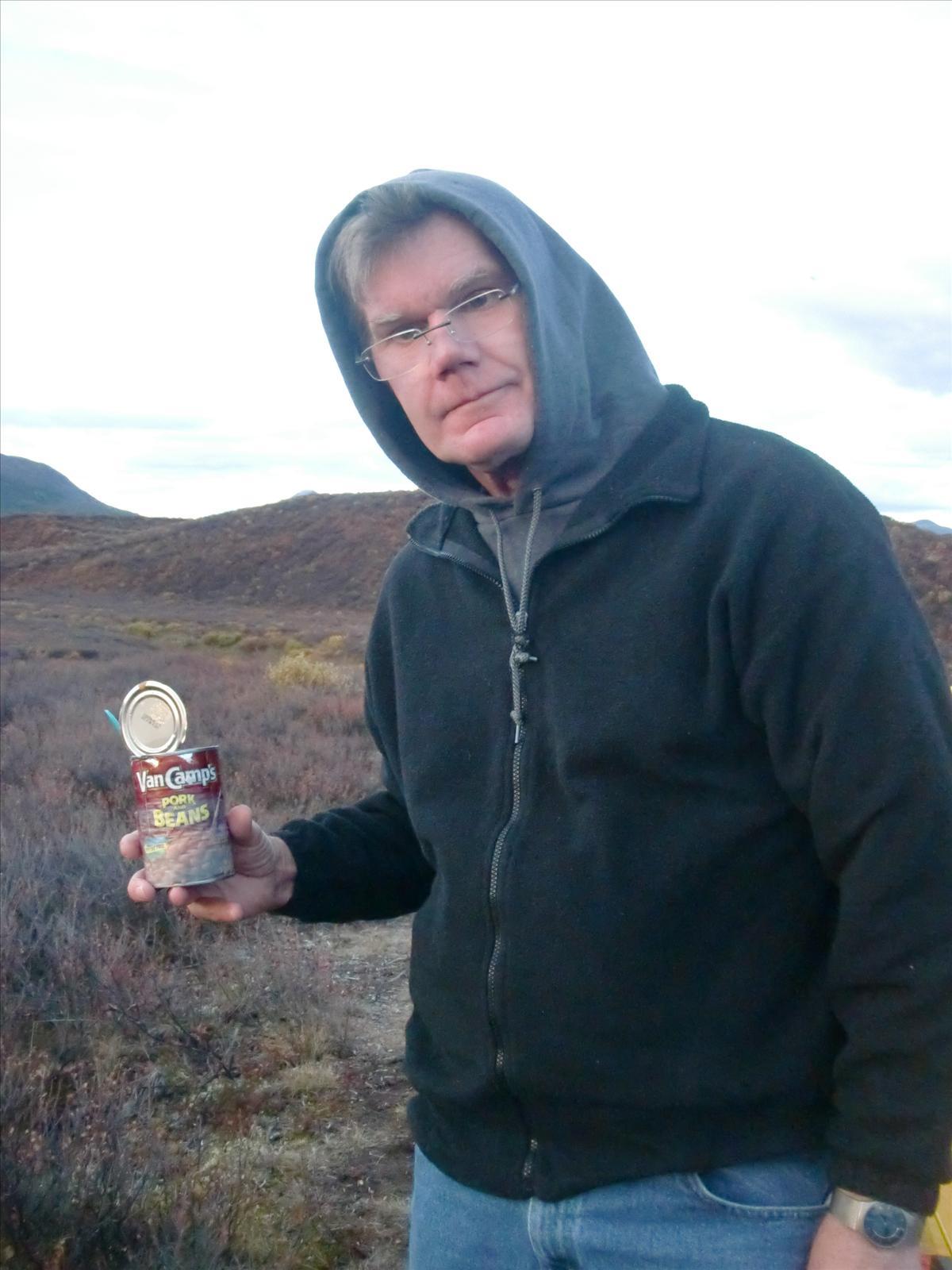 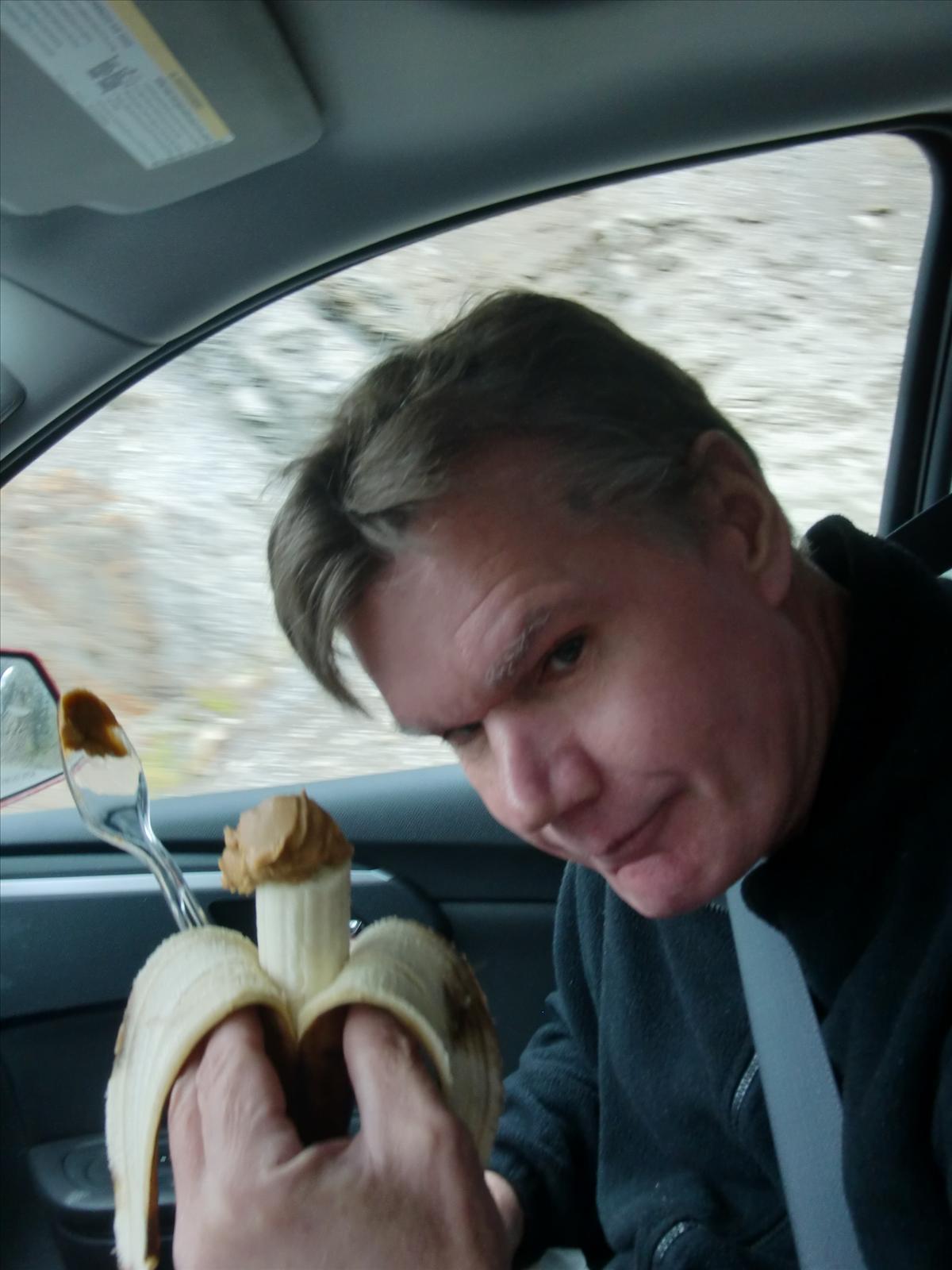 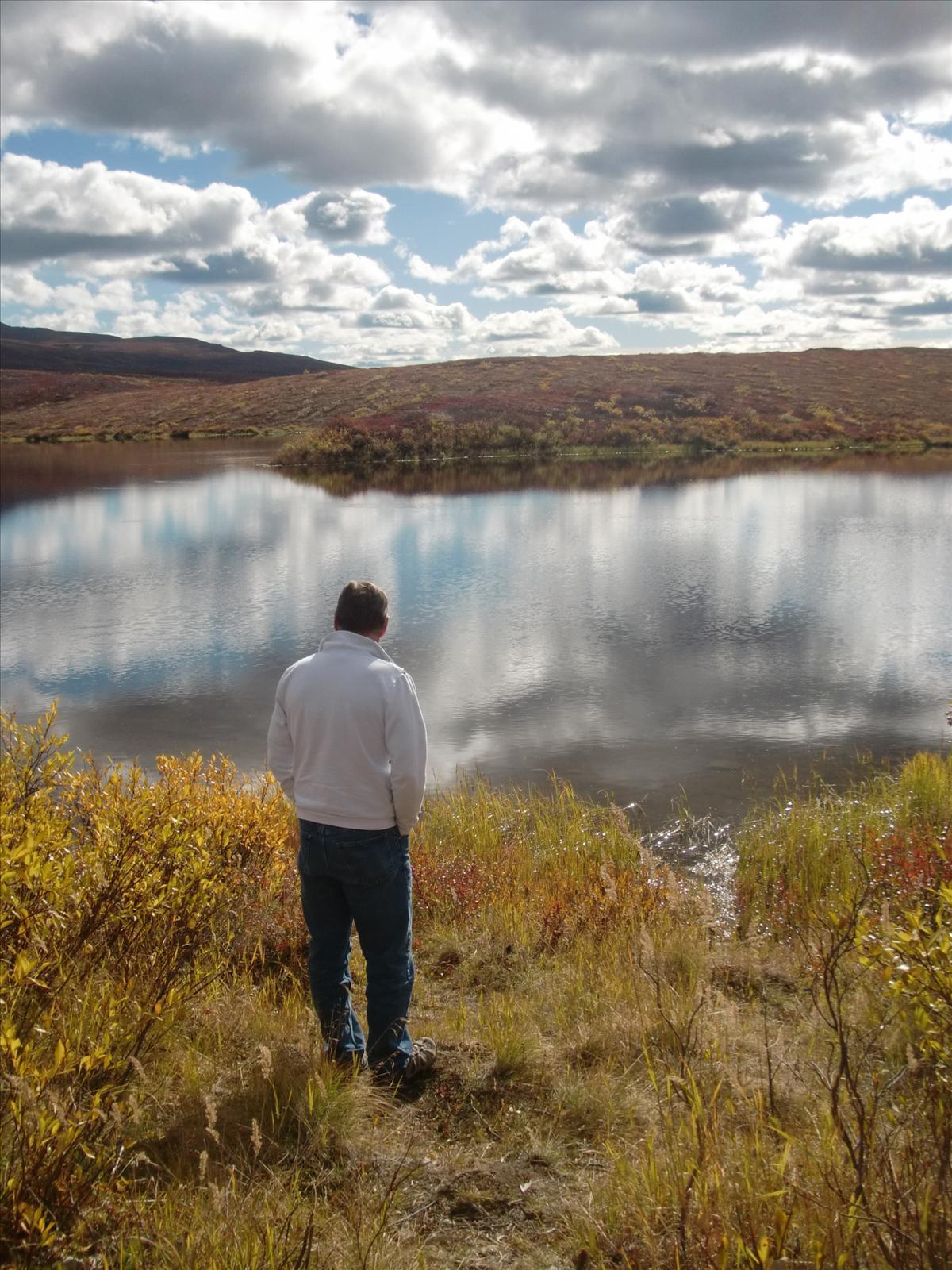 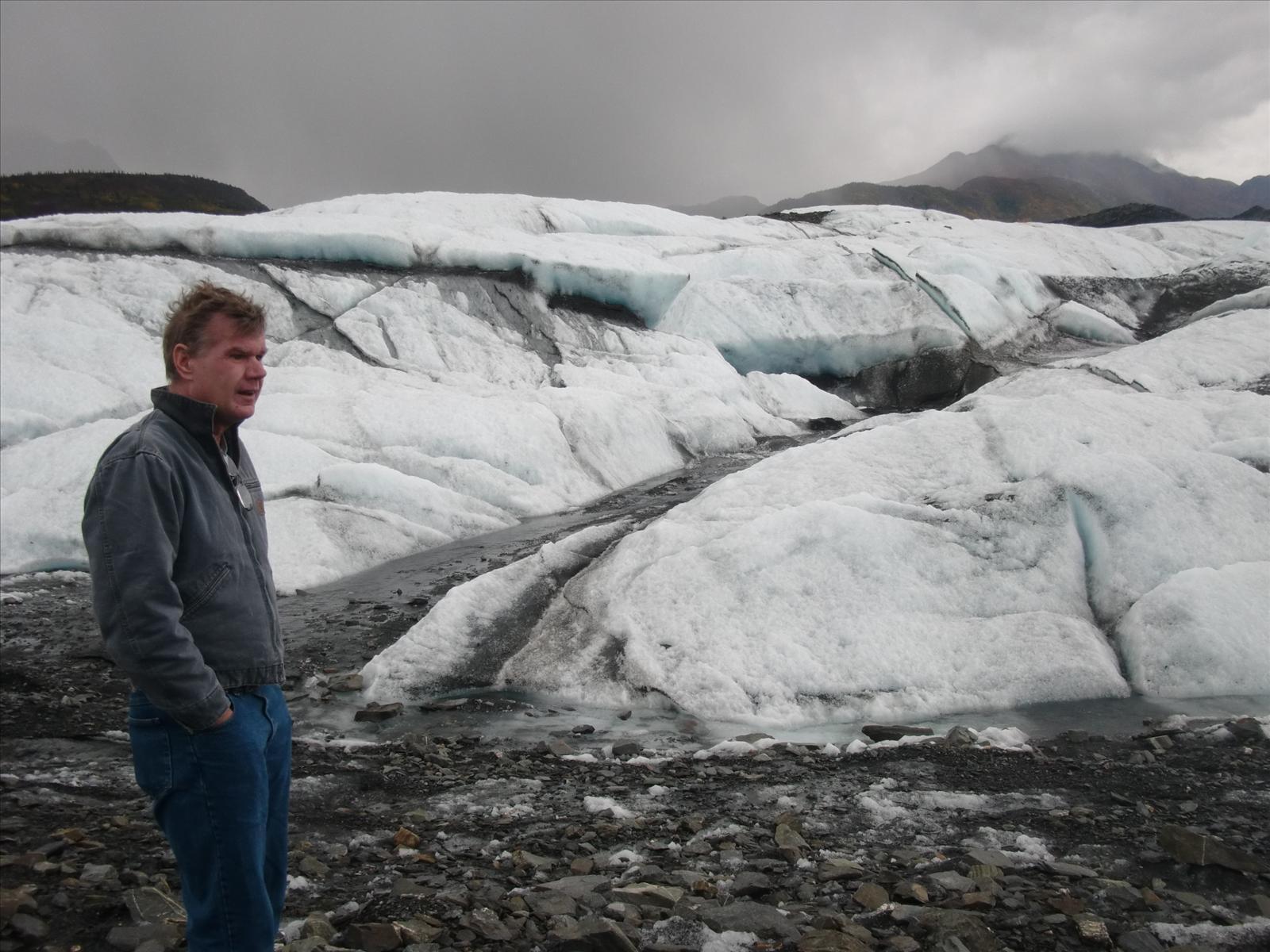 January 7, 2014
I met Mark when he invited me to interview for a job. I resisted, telling him that I had applied for an Australian visa and if successful plan on going. He simply responded that we don't know what might happen and I am invited to interview with no obligations. He spent the day driving me around the facilities and we instantly connected. We ran out of gas on the freeway and had to push is little convertible through, what I later learned was not a very nice part of LA! I hated his sarcasm and sense of humour and he despised mine. The next time I would see him would be ten years later when we met up in Alaska for him to show me the places he loves. We camped in what we later learned was grizzly waste. He just visited me in Australia a few months ago where we continued to fumble through life finding countless things to marvel at... I already miss his e-mails at all hours of the night, the witty retorts and deranged sense of humour.
Catherine Duchock
January 7, 2014
I am so sorry to hear about your loss. Please find comfort in knowing you're in our thoughts and prayers.
January 7, 2014
I was lucky enough to work often with Mark over the past several years and to get to know him pretty well. We shared many common interests and he quickly became a prized friend. A few years ago, knowing that I would be in the LA area, he invited me to ride bikes along the beach front between Venice and Santa Monica. He told me that he would bring two bikes and lend me one of them. When I arrived at the beach, he was all scraped up and informed me, ruefully, that while waiting for me he had accidentally crashed and destroyed one of the bikes. I ended up renting a bike in Venice Beach and we still had a great ride followed by a wonderful lunch outdoors overlooking all the people strolling by. We talked a lot that day. Mark was definitely one of the most sincere and interesting people I have ever known. I will miss him very much.
Mark Furse
January 7, 2014
Sorry for your loss. Please find solace from our Grand Creator. He does not take pleasure in the death of anyone. Ezekiel 18:32, James 4:8
January 6, 2014 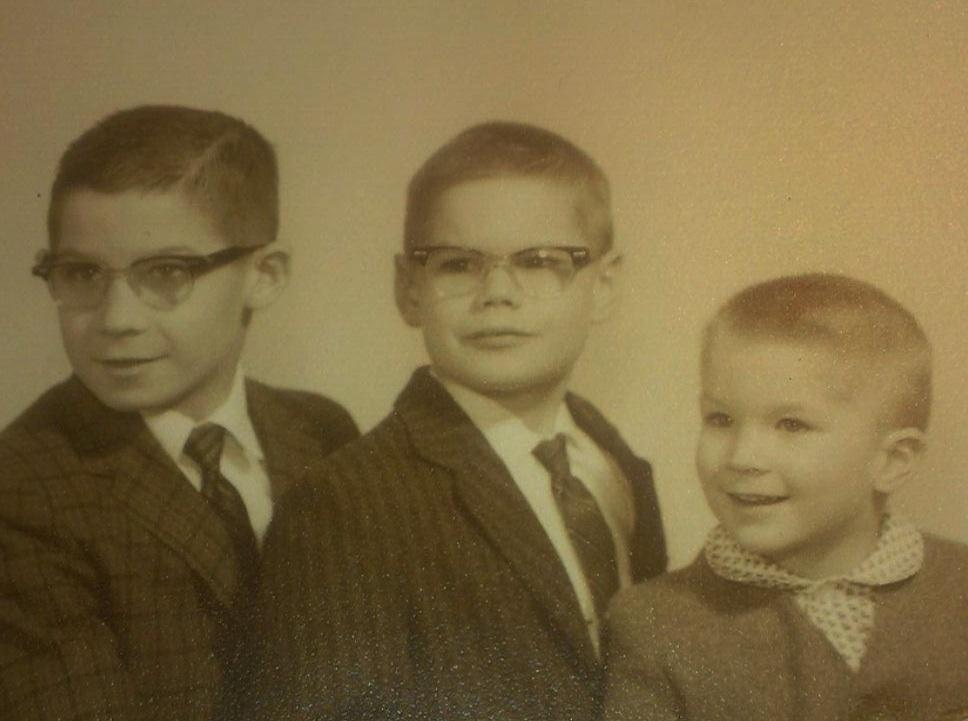