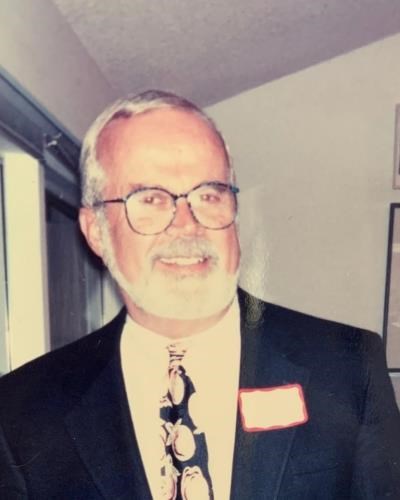 BORN
1933
DIED
2021
December 20, 1933 - October 18, 2021 Michael Alvin Cornwell passed away on October 18, 2021. He was 87 years old. His beloved wife of fifty-nine years, Diane Duncan Cornwell, preceded him in death in April, 2020. Although Mike was living with dementia for many years, his decline after Diane passed was marked. As one dear friend said, "Michael died of a broken heart." Michael was born and raised in Los Angeles, to Admiral Dewey and Vera Wood Cornwell. He spent most of his life as a resident there, until he and Diane moved to Pasadena in the early 2000's. He attended Hamilton High and UCLA. He was an active member of his fraternity, Phi Kappa Psi, and maintained lifelong friends from his college days. Everyone who knew him well would probably describe Mike as a "character". He was fun, with a dry sense of humor and a winning smile. He was always quick to give a compliment, and set people at ease. He was exceptionally polite, always holding doors open for folks, even until his last days riding the elevator at Villa Gardens in Pasadena. He shared a love of travel and art with his life partner, Diane. The two of them traveled the world from the time they were a young couple in the 1960's. Much later in their travel histories, they brought their daughter Molly and granddaughter Miranda to such fabulous places as the Galapagos Islands, Botswana and Zambia in Africa, and Scotland. Mike also loved to garden. He spent hours in his large yard on Norton Ave. planting and pruning to create a place of beauty and refuge for himself, his family, and friends. He could often be found after a day of gardening in one of his favorite spots...a lush, green corner of the yard where he installed a huge hammock for lounging and reading. Mike was in the entertainment insurance business. He worked at Truman Van Dyke and Disc, which later became Entertainment Partners. He was active in city politics and historic preservation. Some of the city's leaders, including Mike Woo, the late John Ferraro and Tom LaBonge, became good friends. He worked steadfastly on neighborhood councils, as president of the Hancock Park-Windsor Square Association, and was active in the Larchmont Village area of the city. Other city passions were the preservation and restoration of Watts Towers, as well as volunteering at Union Station Homeless Services in Pasadena. Mike was always in the middle of things, helping where he could, bringing his sense of humor with him. Michael was a veteran, having been in the Army Reserve early in life. He retired from his military career as a colonel. His friends and family liked to call him Colonel Cornwell on occasion, and at times, if in a playful mood, he would answer the phone, "This is the Colonel." He was an avid runner in the 1980's and 1990's, and covered lots of ground in the city and during his travels. He loved to get up early and explore a new place on foot. He was a life-long church goer as well, and spent time as a member of Westminster Presbyterian in Culver City, St. John's Episcopal on Adams Blvd., St. James Episcopal on Wilshire Blvd., and finally, in the last two decades of his life, at All Saints Church in Pasadena. Anyone who knew him there would know where to find him...in a pew directly in front of the right side pulpit, with his dear friend Robert E. (Bob) Carlson. Michael was preceded in death by his parents, Vera and Dewey, his sister, Helen Moore, wife Diane, daughter Amy, and countless friends. He is survived by his daughter Molly and his granddaughter Miranda, as well his nephews John and Robert Moore. Anyone who would like to donate in Michael's memory can do so either to Union Station Homeless Services in Pasadena, or the League to Save Lake Tahoe in South Lake Tahoe, California. A service at All Saints Church in Pasadena is pending.
Published by Los Angeles Times on Oct. 24, 2021.
To plant trees in memory, please visit the Sympathy Store.
MEMORIAL EVENTS
To offer your sympathy during this difficult time, you can now have memorial trees planted in a National Forest in memory of your loved one.
MAKE A DONATION
MEMORIES & CONDOLENCES
0 Entries
Be the first to post a memory or condolences.