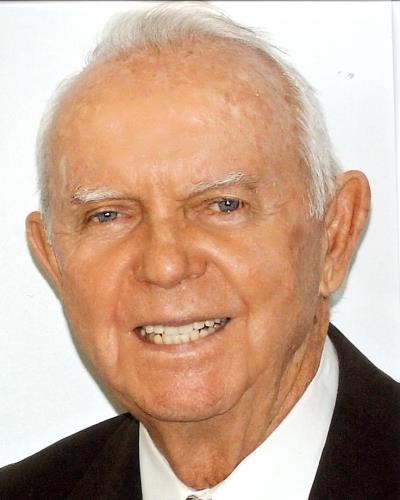 BORN
1932
DIED
2018
ABOUT
Santa Monica High School
September 15, 1932 - February 1, 2018 Mike was born in Waco, Texas, and moved with his family to California when he was 7 years old. He grew up on the beach in Santa Monica, CA, and went to Santa Monica High School. Four feet 10 inches tall in the 10th grade, he grew 17 inches in 18 months and was 6 feet four inches by the time he entered college. He started at Santa Monica College and then transferred to UCLA where he took up volleyball. In 1953, Mike and the rest of his Delta Tau Delta fraternity intramural championship volleyball team talked the UCLA athletic director into letting them represent the university at the national collegiate volleyball championships in Omaha, Nebraska. They roped the championship trophy to the roof of their car to get it back to Westwood. The athletic director made it a varsity sport. In 1959 Mike played on the gold medal winning U.S. national team in the Pan American Games. He played at the 1964 Tokyo Olympics on the American team at volleyball's first appearance at the Summer Games. Mike attended every Olympics from 1964 thru 2012. Outdoors at the beach, he teamed with Mike Bright to dominate at Manhattan Beach where they won the first 5 Manhattan Beach Open Volleyball Championships. Mike has been made a member of various volleyball halls of fame. Mike was also an entrepreneur's entrepreneur. He helped develop the ABA and World Hockey Association. Then he helped found three sports leagues-the International Track Association, International Volleyball Association and Team Cup Volleyball. He also owns the sport of Wallyball. He worked closely with Art Linkletter early in his career. Mike served as Director of Sports and Director of International Television for the 1984 Los Angeles Olympics and worked for IMG after that. He supported efforts to get the Olympics back to Los Angeles for three decades. He also taught business and entrepreneurship courses at Santa Monica College for over 30 years. In 1966 he coached Santa Monica College Men's Volleyball team to win the Collegiate Men's Division. He also assisted as coach for women's tennis at Santa Monica College. Mike's philosophy was this: What's important in life is not how many breaths you take. It's how many times life makes you breathless. Mike married Billie Lee Ross in 1954 and had a daughter Kelley. Mike later married Arlen Range in 1963 and they had a son Ryan and were married 54 years. Mike is survived by his wife Arlen, son Ryan (Victoria), daughter Kelley (Bill), three grandchildren (Spencer, Josie, Michael) and many relatives.
Published by Los Angeles Times on Feb. 6, 2018.
To plant trees in memory, please visit the Sympathy Store.
MEMORIAL EVENTS
To offer your sympathy during this difficult time, you can now have memorial trees planted in a National Forest in memory of your loved one.
MAKE A DONATION
MEMORIES & CONDOLENCES
7 Entries
Arlen, Mike was a great mentor, friend and PT doubles partner during my life at the JC. Though I have been gone for over 21 years, I was glad I was able to run into the two of you the year before at the beach to catch up. My thoughts and prayers are with both of you.
Rich Townsend
March 8, 2018
Arlen and Ryan.......such a kind, lovely man I feel privilleged to have known. Love and blessings to you and your family. Dottie Henkle
Dottie Henkle
February 8, 2018
It was with great sadness to read of the passing of Mike O'Hara. He was a teammate for many years on the National Champions Hollywood YMCA Stars, a beach doubles partner in a few Open Tournaments and a teammate on USA Volleyball. He will go down in volleyball history as one of the greatest both on the beach and indoors. My thoughts and prayers are with Arlan and Ryan.
"Butch" Friedman
February 7, 2018
A great person. An incredible competitor. Paddle tennis partner for years and he always was a winner. Will never forget the Barcelona Trip. Thoughts and prayers to Arlen and Ryan and family.
Grant Snyder
February 6, 2018
KD
February 6, 2018
My sincere condolences ! Mike was a friend and also USA Volleyball teammate and will be remembered as one of the true greats of the game.God Bless the family. KD
kent dorwin
February 6, 2018
I never had the opportunity to play against Mike but I was on several USA Volleyball Committees with him. He was such a great guy, I was on several USA Volleyball committees with him. When we would see each other anywhere, he would go out of his way to come over, smile, reach out a hand for shake and hug. Being from the midwest and never close to his level of a player, that made me feel like a MILLION BUCKS! Rest in peace and May God Bless!
Chuck Stemm
February 6, 2018
Showing 1 - 7 of 7 results