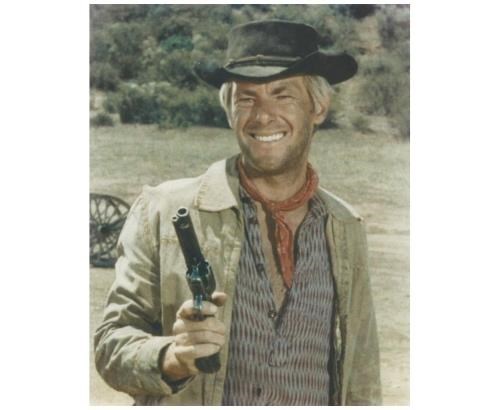 BORN
1937
DIED
2021
March 10, 1937 - July 5, 2021 Respected actor and businessman, Michael Vandever, passed away on July 5, 2021. With more than 50 stage, film, and television credits, Michael is perhaps best known for his portrayal of a doomed soldier in 'The Purple Testament' episode of 'The Twilight Zone,' as well as a notable fight scene with George Segal in the film 'The New Interns.' He also guest-starred in numerous TV series including 'Gunsmoke,' 'Laredo,' 'McMillen & Wife,' 'Bonanza,' 'Mannix,' 'Combat,' and 'Batman.' Born in Pennsylvania, Michael graduated from Valley Forge Military Academy before attending Duke University. From there he joined the American Academy in New York before he moved to Hollywood in 1958. He also acted on Broadway in 1960, in a Josh Logan play. Michael soon began being cast in a variety of different roles and quickly became a fan favorite, both with his natural charm and good looks and his powerful performances. Michael was also a SAG Union Activist launching the original Concern Actors Committee (CAC) during the 1971 SAG strike where, ultimately, he selflessly sacrificed his own acting career while fighting for the rights of his fellow actors.Soon afterward, Michael formed Eurocobble, importing engineered modular Italian cobblestone paving. A division of Michael Vandever & Associates, Eurocobble cobblestones are installed in front of the New York Stock Exchange and Wall Street Financial District among many other notable locations. Mr. Vandever is survived by his loving wife, Janet, his daughter Steffini Vandever from a previous relationship, grandchildren Aumber Vandever, Maddison and her husband Richard Ramirez III, Jonah Vandever, and great grandchildren Cecilia and Myah Ramirez.In lieu of flowers, donations may be made to St. Jude Children's Research Hospital. A Celebration of Life to be announced at a later date.
Published by Los Angeles Times on Oct. 24, 2021.
To plant trees in memory, please visit the Sympathy Store.
MEMORIAL EVENTS
To offer your sympathy during this difficult time, you can now have memorial trees planted in a National Forest in memory of your loved one.
MAKE A DONATION
Please consider a donation as requested by the family.
MEMORIES & CONDOLENCES
4 Entries
I just now was thinking of Michael as I do much and just discovered of his passing ...and I will always still remember him in the most lovely ways... so sad...
Sheila Fischer
December 30, 2021
Michael and I first met a Valley Forge Military Academy. We became best of friends. I knew him as Mickey and he called me Moose. We kept in touch for years. I first saw him acting on a troop ship crossing the Atlantic. I stayed with him for a couple of days on my way to Vietnam in 1967. His wife picked me up a the airport and took me to a studio where he was making a Rat Patrol. I would see him a class reunions and when he came to Boston. My deepest sympathy goes to his family. I will miss him.
John holmes
Friend
December 30, 2021
Dear "Micky" (as I will always think of him!) was a good friend of my late husband Art from their days at Valley Forge Military Academy, where they acted together in "Stalag 17." My 1992 visit to Michael and Jan´s lovely home in Studio City is a treasured memory. My heartfelt condolences to Jan.
Judy Keogh
October 31, 2021
I had known Mike dating back to the late 1970s more importantly than being a Talented Actor & Businessman . At heart he was a dedicated Family Man during his 84 years of life . RIP Mike
James(jimmy)Forthman
October 24, 2021
Showing 1 - 4 of 4 results