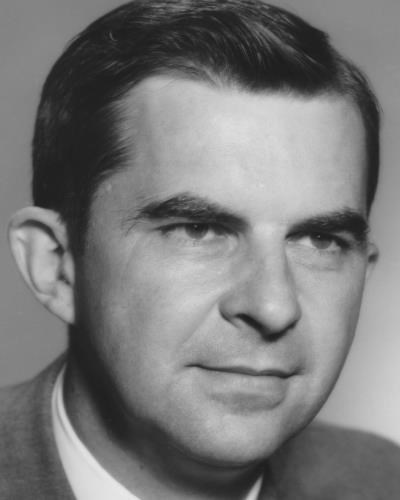 April 24, 1927 - August 16, 2021 Ray (Raymond) William Sanders, son of Ray Sanders and Erma Evelyn Brubaker Sanders and husband of Sally (Sarah) Elizabeth Sanders, passed away on August 16, 2021 in Santa Monica, California at the age of 94. Family members were at his side.Ray is survived by his children Michael Steven Sanders (72), Steven William Sanders (62), and Joan Elizabeth Sanders (60); his four grandchildren Michelle (36), Kimberley (22), Sara (20), and Benjamin (20); and his brother Donald Allen Sanders (79).Ray Sanders was born April 24, 1927, in Pomona, California. After graduating from the Webb School in Claremont, California, Ray served in the US Navy. He subsequently graduated from Stanford University with a BS in Mathematics and Physics and an MS in Electrical Engineering. At Stanford, among other activities, he was concert-master of the Symphony Orchestra, a carillonneur, co-founder and chief engineer of the campus radio station KZSU, fraternity president, and instructor in the Electrical Engineering and Speech & Drama Departments. He married Sally in 1957, and together they raised their family in Los Angeles where Ray lived for more than 70 years.From a very young age Ray excelled at music, initially taught by his aunt, a piano and violin teacher. By age six Ray had perfect pitch. He and his sister Betty played numerous violin duets together, including a performance on the Spade Cooley radio program broadcast from KTLA in Los Angeles. After college, he continued to play in national concerts. Ray's music was the highlight of get togethers of family and friends, contributing to the warm, loving environment that he and his wife created, a treasure to all.In his professional career as an engineer and entrepreneur, Ray developed innovative telecommunication systems at ITT-Gilfillan and Space General Corporation, including a radar system for the first US space vehicle to Mars. He then founded Tran Telecommunications Corporation in 1969, which became a highly successful maker of digital data communication networks. Later, he co-founded Nucleus International, a relational database startup. Later in his career, he patented a novel synchronized network system to improve the speed and efficiency of data transmission. Ray was held in high regard by his peers and was known for his clear logical approach to design: "Don't start solving a problem until you know what it is." Ray's passion and infectious enthusiasm drew in supporters around the globe and together they made a difference in the world.Ray and his wife Sally were a special team. His keen intelligence, quick wit, and calming influence complemented her strong character, passionate drive, and desire for an active life. They instilled a sense of curiosity and active service in their children and grandchildren, who thrived. Ray's quick-witted humor was an unforgettable spark to the family, especially in the morning as they started their day. The family had many adventures together, often in California or Minnesota, that inspired amusing stories retold at family holidays. Together, Sally and Ray were active parishioners at the Westwood Presbyterian Church and were instrumental in ARCS, the Freedoms Foundation, and the Mills College and Stanford University alumni associations. Ray will live on in our memories as a brilliant man with a passion for people and an undaunted love for his family. He will be so sorely missed by all those who loved him.Burial at Rose Hills Cemetery in Whittier, California.Service will be at the Westwood Presbyterian Church in Los Angeles at 10 AM on Saturday, September 18th, 2021.
Published by Los Angeles Times on Aug. 29, 2021.
MEMORIAL EVENTS
MAKE A DONATION
MEMORIES & CONDOLENCES
4 Entries
It was an honor and pleasure to meet and share conversation with Ray in the last years. His intellect was always evident in conversation, accompanied by a sharp humor and poignant words of the love he shared in memory of his dear Sally. I am grateful for the laughs we shared and his stories of his many accomplishments in life. May your memories bring you and your family peace always.
Madrona Casey
September 16, 2021
I did not know Ray very long, but I had the opportunity to speak with Ray and Sally when we sat together at the same pew at Westwood Presbyterian Church. Ray's attention to Sally was a lesson in devotion. My thoughts and prayers for Joan, Mike, and Steve.
Kitty Sankey
September 7, 2021
All of our Westwood Presbyterian Church family grieves with you the passing of a great man. Please know our prayers are with you all.
Rev. Christine Chakoian
August 31, 2021
Joan, Mike, & Steve: Please know that Ray & Sally were loved and very much appreciated at WPC! Prayers, unabated, with great affection for you Dad and your entire family are being offered by a host of his community of faith. Be strong in the Lord! Blessings . . . ~ Mark
Rev. Mark Jones
Friend
August 30, 2021
Showing 1 - 4 of 4 results