November 19, 1946 - December 16, 2013 Richard D. King, MD passed away quietly in his home early on the morning of December 16, 2013. Dr. King was a psychiatrist, historian, and melanin/pineal gland scholar. He was a visionary and highly sought after lecturer whose many published works included the books "Melanin: A Key to Freedom," "The African Origins of Biological Psychiatry" and "Why Darkness Matters: Neuromelanin." He leaves behind four children: Kent, Khadi, Jamilah and Knef. One of the great joys of his life was meeting his first grandchild, Griffin King Cardona, born to his eldest child Kent and son-in-law Christian. Dr. King also leaves behind many treasured friends, colleagues, students and patients who will all miss him dearly. A public memorial will be held on March 8, 2013 at KRST Unity Center at 7825 S Western Ave. in Los Angeles, Calif 90047 from 1:30-4:30pm. The event will also be streamed live on Ustream.tv. Search for "KRST." In lieu of flowers, please make donations to Ascac.
Published by Los Angeles Times from Mar. 1 to Mar. 2, 2014.
To plant trees in memory, please visit the Sympathy Store.
MEMORIAL EVENTS
To offer your sympathy during this difficult time, you can now have memorial trees planted in a National Forest in memory of your loved one.
MAKE A DONATION
MEMORIES & CONDOLENCES
Sponsored by anonymous.
21 Entries
I used to see Dr. King's books on melanin, the pineal gland, and blackness in black book stores in Los Angeles and elsewhere in Southern California. I was always interested, but I never knew how relevant his work would be until I started researching for a book on Robert T. Browne, whose ideas in The Mystery of Space (1919) intersected Dr. King's. My friend, Dr. Marques Redd suggested that I explore King's scholarship. I remain grateful for him and his work, and I am sorry that we never met.
Professor Stephen C Finley, PhD
January 31, 2021
In loving memory of a wonderful person. We will love you and miss you always.
Eugene C Bell
Friend
November 26, 2020
Yusef Shakur
March 11, 2020
My condolences to Dr King's loved ones. I appreciated his frankness, honesty, and desire to help struggling individuals improve, to get a better quality of life. I met Dr King during a time of great darkness in my life, I time that I thoougt I might never find my way out of. That was around 22, 23 years ago. While my problems were out of reach of the good Doctor's areas of expertise, he nevertheless advised me as best he could, and showed a concern for me that I recognized, and cherish to this day. You are missed, Dr. King. I'm honored to have addressed life with you. You bore good fruit
Moore Greg
March 10, 2020 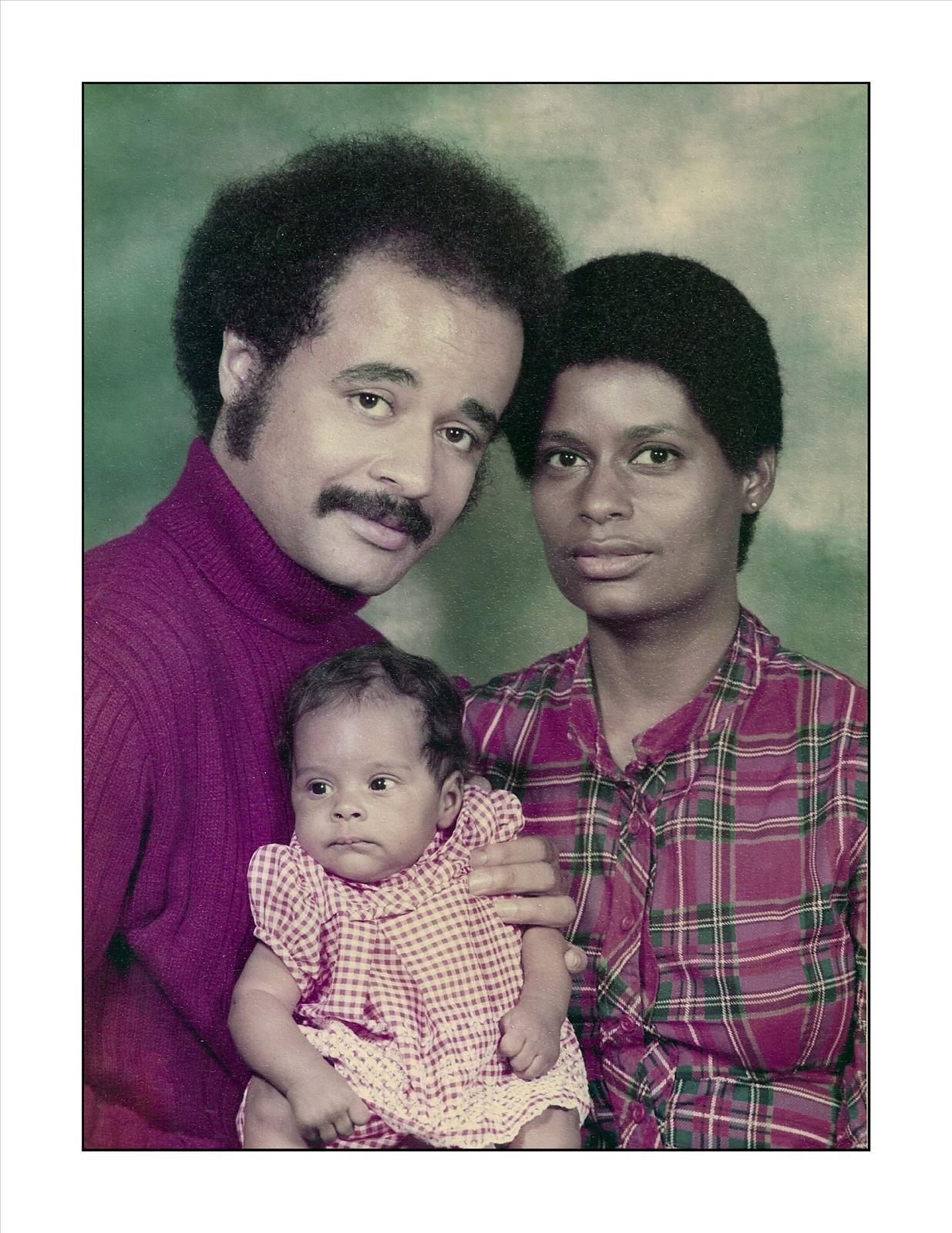 Thank you for giving me the Love of My Life, our beautiful daughter (and your first child), Kent Ayana Masters King. I think of you still and our time together in San Francisco on Ord Court. I have always admired the way you loved and cared for your family and people. The way you took care of your brother, Ivory, your mother, Camille, and your daughter, Kent, was commendable. Your sense of responsibility was awesome. Your mind brilliant. Your heart resounding. Your energy and drive never ending. Through hard times and good you persevered. Your life on earth made a positive impact on the lives of many others. Thank you, again, for giving and caring!

I still have the movie script we wrote together that was before its time. Now that "Black Panther" made such a big hit, maybe its time has come. I hope that one day it will add to your legacy. (Smile)
Alfreda Masters
April 17, 2019
Elder KING in name and stature you continue to influence and enlighten and strengthen the youth who continue to consult you as an ancestor through your works and your ever present presence amongst us.

Sallam
Sandiata Asenso
January 9, 2018
Truly a visionary, Dr. King's scholarship has advanced our Black community tremendously in understanding the basis of our power, energy, genius and uniqueness as the planet's first people.
Barbara Patterson
April 5, 2017
I cannot believe he's gone.. A great great man.. I was introduced to him when in college in Southern California in the 80's which further fueled my studies into Melanin and Consciousness.. He will be missed.
Jeff Lewis
September 3, 2015
You are loved and deeply appreciated for the enLIGHTenment you brought and bequeathed us.
Yusef Shakur
August 12, 2015
I was shocked and greatly saddened to learn of Dr. King"s untimely death. I was his lab assistant and mentee at San Francisco State where he taught a course called Black Involvement in Scientific Development. He was a great man, scholar, human being, healer, mentor, and friend. May he rest in peace.
Rahwae Shuman
August 11, 2015
My heart goes out to the King family.I'am thankful for his life.Dr.King were a wonderful Doctor.He just didn't write the prescription.He listen to each of his patients.Sometimes Dr.King didn't even take a lunch.He always kept a smile on his face.If you needed a ear Dr.King were always there to listen and give advice.Dr.King were very spiritual man.I'am honor I got to know Dr.King.He will be miss.His legacy live on.R.I.P
LATANIA Williams
December 15, 2014
May God bless your soul and that you're at the feet of the Master in heaven.
Rachel Smith
November 10, 2014
I looked on FB to tell him about my mom MARILYN PHILLIPS RENGSTORFF who was one of his long time patients along with my ex-husband in SF. I must have spoken to him shortly before his death what a shock! He will surely be missed. He was brilliant and a great person we loved Dr.King. God bless your family.
Rachel Hightower Smith
November 10, 2014 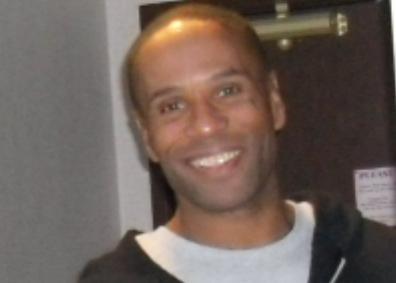 You touched many of us incarcerated within the dungeons of the prison industrial complex through your book, The African Origin of Biological Psychiatry transforming criminal minds to critical-enlightened minds. I was one of them. We held study-groups found purpose and regeneration in your words. I was mentored and met you through by Dr. Haffar. In behalf of those who deeply benefitted from your labor, "Thank you for the liberating light."
Yusef Shakur
July 16, 2014 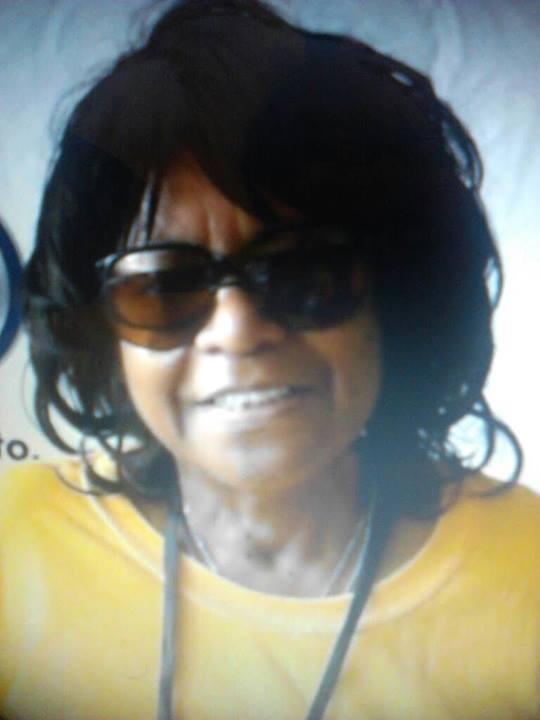 On behalf of the Thornhill family: Candy, Annabelle, Paul, Lelia, Tracy and John. We would like to express our deepest sympathies on Richard's passing. We grew up together and shared many events as our mothers were close friends.
We are praying for the family and friends.
Shannon Glenn-Phy
April 12, 2014
Rest in peace, colleague.
Roland Jefferson, MD
March 13, 2014 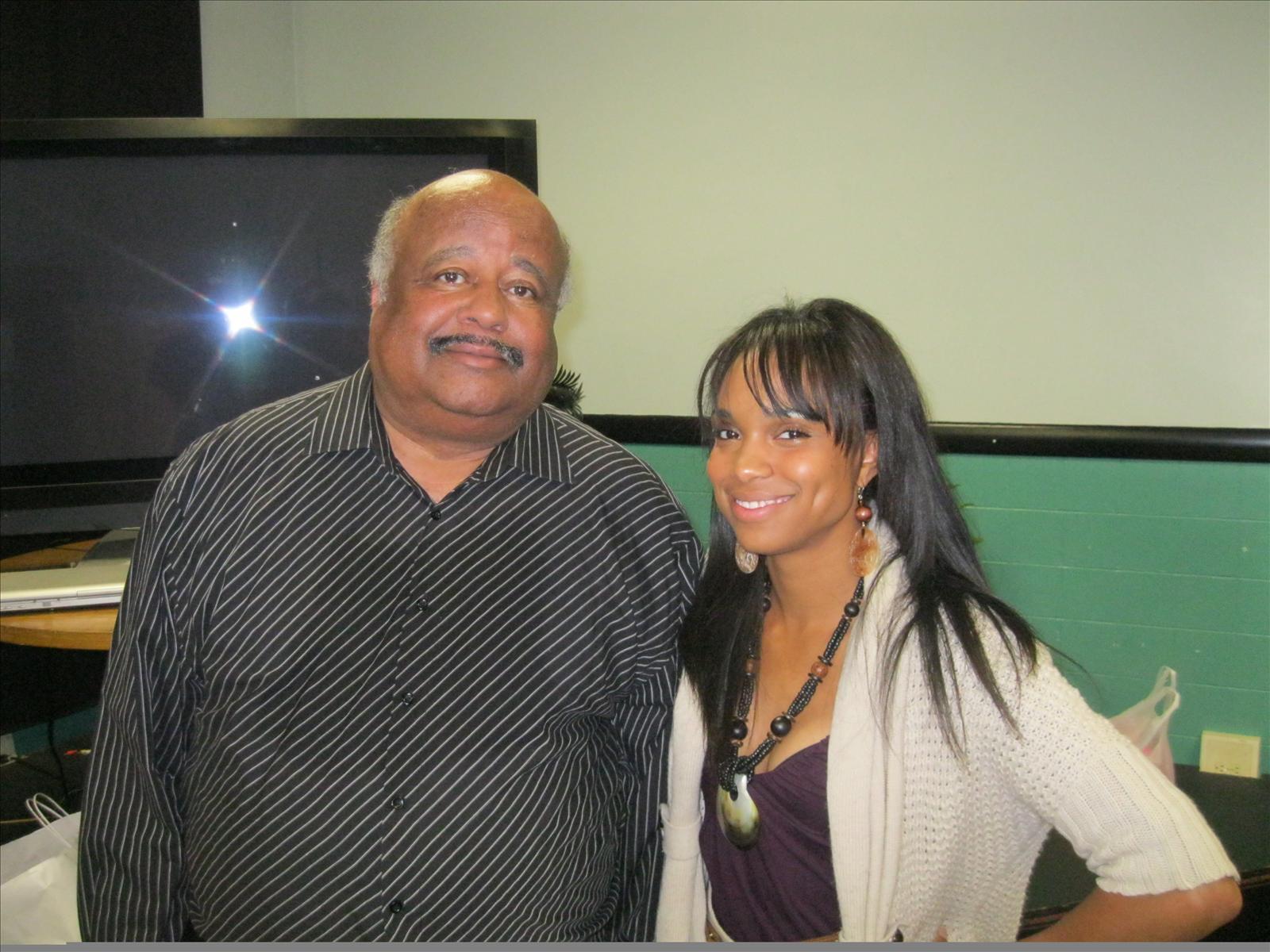 To be perfectly honest I am not quite sure how to do this but I want to contribute to this act of love in memory of Dr. Richard King. I met him in a unlikely and surprising way considering I already knew his daughter Kent for years. He was giving a lecture at a community meeting I attended and we took this picture. I could see that he was a very curious man who sought knowledge and answers. He has a keen eye for magic and heart that loved his people. I pray that peace be with him and his children and loved ones.
ANGEL
March 8, 2014
Richard you will be greatly missed but also, greatly treasured..I have many good memories..great dinners in San Francisco & lets not forget the trip to Hawaii...you left behind 2 great men...my nephews Khadi & Knef King. Im sure they will honor your legacy in the years to come..Love Karen Grayson-Taylor.
March 7, 2014 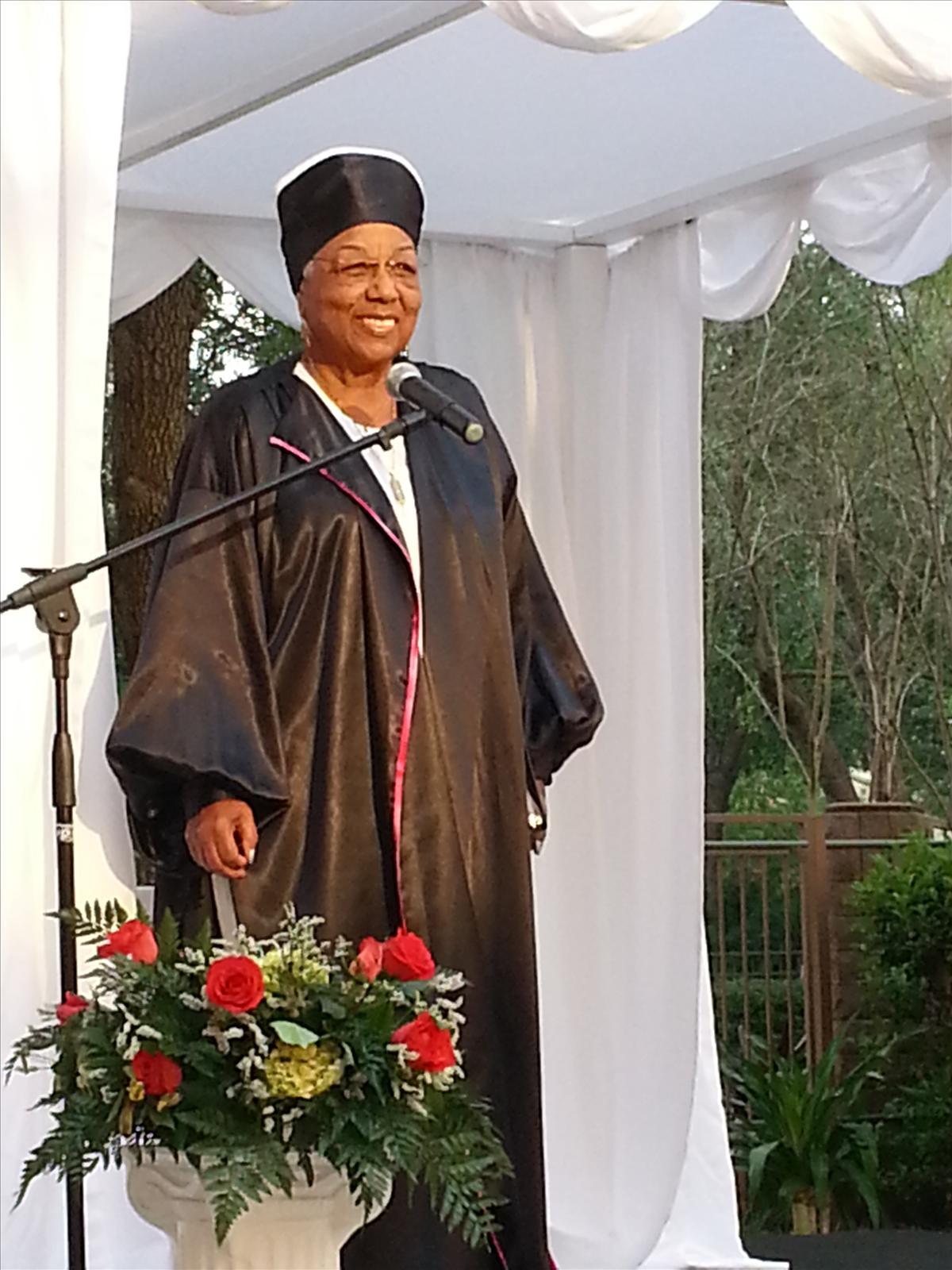 He was one of my Aquarian Spiritual Center teachers, opening my eyes and thoughts to the power and value of melanin, the pineal gland, and the carbon atom! He promised to get an answer to a question I asked him back in 1980. Whenever we met, he would say, "I am still researching that question!" So much time passed that one day at Krst Unity, around 2004, he asked me, "What was the question you asked?" I replied, "It has been so long, I don't remember!" I will miss the many times I would think about him and hoped to one day get his answer. Most of all, I will always remember that he gave me many other answers that have helped me be a better student of African and African American history and her-story. Goddess bless his family.
Rev. Crystal Bujol
March 6, 2014
The King family in New Orleans, Louisiana would like to express our heartfelt sympathy and prayers to Kent King and family. God bless you and keep you in his care. We have always admired and been proud of our cousin Dr. Richard King and his beautiful family.
Angel King Johnson
March 6, 2014
Thank you and we will miss you!
Ashaka
March 3, 2014
Showing 1 - 21 of 21 results